Over the past year Sir Rod Stewart – who was knighted back in 2016 – has been seen giving interviews from his home in both the US and UK. But recent reports suggest the British rock and pop singer is moving back to Blighty for good with wife Penny Lancaster. Express.co.uk spoke exclusively to the award-winning songwriter about his home life during the pandemic and how he has coped with the numerous lockdowns.

In total, Rod has eight children, of which the latter two are with Penny.

His first child was Sarah Streeter, born to his art student girlfriend Susannah Boffey in 1963 and she was was later adopted by other parents.

Rod then had two children with his first wife Alana Hamilton – Kimberly Stewart in 1979 and Sean Stewart in 1980. 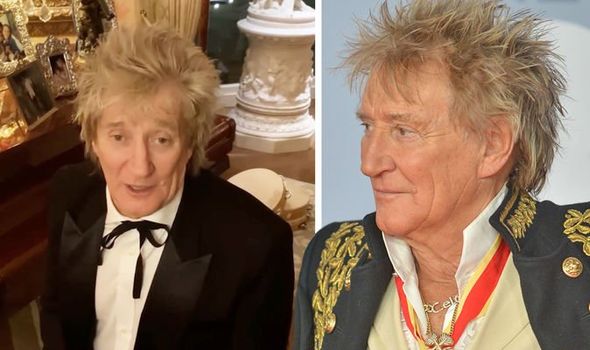 And Rod and Penny, together have Alastair Stewart who was born in 2005 and Aiden Stewart in 2011.

In March last year, Rod and Penny were “hunkered down in Florida” with several children.

By the time June came around, they were back in London celebrating their 13th wedding anniversary together.

So how did they manage during the pandemic and three lockdowns?

Rod explained to Express.co.uk: “I’ve had four of my children with me which has made it a lot easier.

“It’s been an adjustment but we’ve made the best of it. And yes, I had one day where I shed a tear or ten because it got to me.” 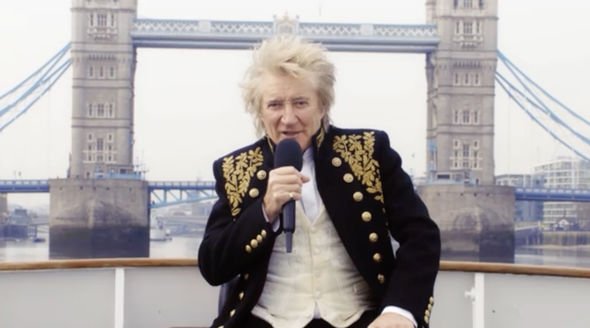 It comes as reports suggest Penny and Rod are moving back to the UK, full time.

For most of the year, the family is based in Essex, but spend much time in one of their many houses in the US.

An unnamed source previously said: “The kids go to school in the UK and he wants to see them grow up so wants to spend more time here.”

It comes after Rod welcomed fans all over the world to deliver a special performance to the people of New Zealand earlier this month.

Rock the Dock saw the legendary singer perform a powerful and emotive rendition of his iconic song Sailing.

It came from London, with the recorded performance beamed onto the Te Wero big screen in Auckland’s America’s Cup Village, and was broadcasted by official programming partner, TVNZ.

Before the performance, Rod said he was “excited to be performing for the America’s Cup in New Zealand and Sailing is the perfect fit”.

“With fans being unable to travel, I’m hoping that this special performance will remind us that we’re all in this together,” he added.

Fat Joe on the year anniversary of hosting a nightly, news-breaking Instagram Live talk show in a pandemic
Recent Posts