For nearly the last two decades, “NCIS” has been a staple on American television, delivering some of the best crime stories while following a team of elite agents as they solve “cases involving Marine and Navy personnel and their families” in Washington, D.C, according to the show’s summary on IMDb. “NCIS” first premiered on CBS on September 23, 2003, and is gearing up to debut Season 19 on September 20, 2021.

As the years have passed, the cast of “NCIS” has seen a lot of stars come and go, but there are still a select few who remain on the drama series today, including Mark Harmon and David McCallum. Sean Murray has also been on the series since the very beginning, portraying Special Agent Timothy McGee. Murray’s impressive résumé doesn’t just include “NCIS,” however. Per his IMDd page, the actor also has credits in “The Double,” “The Random Years,” “JAG,” and “Boston Public.” With more than 25 acting gigs to his name, in addition to his years-long tenure on “NCIS,” it’s no surprise he has an estimated net worth of $8 million, as CheatSheet states.

Considering Murray has a lot of money to his name, he’s living a happy and comfortable life with his wife, Carrie James, whom he married in 2005, and their two kids, daughter Caitlyn and son River. Recently, Murray dropped $4.85 million for the family to live in a new home in Los Angeles. For details on the star’s mansion, keep scrolling. 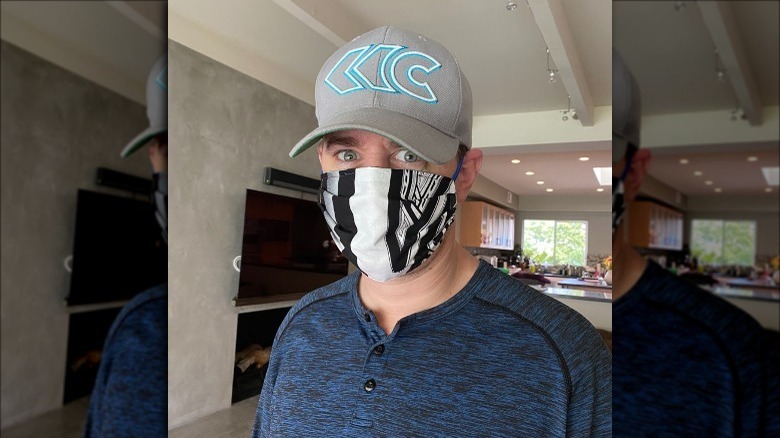 Sean Murray is living like a true Hollywood star! The actor dished out $4.85 million for a sprawling estate in Los Angeles, The Dirt reported on August 4. Murray recently purchased a stunning contemporary-style house in the suburban Tarzana area of the San Fernando Valley for his wife Carrie James and their children. The property — which sits on almost half an acre and spans nearly 6,500 square feet — was listed with Lina Soifer at Compass and Natalie Kraiem at Keller Williams. Built from the ground up and completed in 2019, the two-story mansion boasts six bedrooms and six-and-a-half bathrooms.

In addition to the enviable number of bedrooms and bathrooms, Murray’s new residence comes equipped with a plethora of space and amenities. The modern pad features an open-concept floor plan with a luxurious dining room, living room, and high-end kitchen that leads out to a gorgeous outdoor area. The only thing separating the indoor space from the backyard is a floor-to-ceiling glass wall.

Around the corner from the living room and entrance to the home is a steel, glass, and wood staircase that takes you up to the second floor. There, you’re greeted by a lofted second-floor lounge, as well as a hallway that leads to the multiple bedrooms and en-suites. As if the abode couldn’t seem more impressive, Murray has his very own indoor wine cellar, a mini soccer field, a basketball court, a private gym, and a detached guest suite. 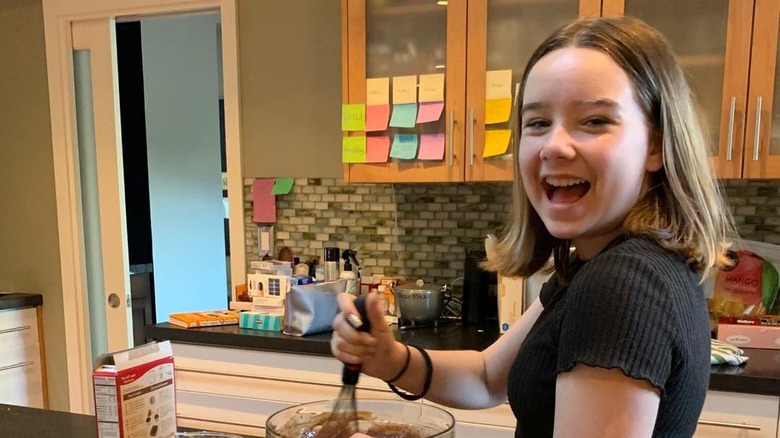 Just months before Sean Murray added his new Tarzana mansion to his property portfolio, he spent 10 years renovating another home in Southern California. The “NCIS” star gave a glimpse inside the 4,200-square-foot residence in Encino, California in March 2021, revealing he first bought the home with his spouse, Carrie James, when they found out they were expecting their second child, River, who arrived in 2010. You can see his daughter posing in the kitchen above.

The couple’s Encino house is a little smaller than their new $4.85 million mansion, as it boasts 2,300 fewer square feet with six bedrooms. At the time Murray invited People into their Southern California abode, the actor explained why they spent a decade redesigning the dwelling. “You probably wouldn’t even recognize it now if you saw it. It looked very early-’90s,” Murray explained of the massive one-story abode. It wasn’t just cosmetic upgrades they made, though, as the actor said they experienced their fair share of issues. “It started with like, ‘OK, there’s a drainage problem, so we’ll address that,'” he remembered. “And then you find other little things, and before we knew it, we were redesigning the landscaping and building a pool and Jacuzzi.”

Though Murray jokingly compared their renovation to “living in a tent for a year,” he gushed that the process was all worth it, saying, “I totally fell in love with it.” We wonder if Murray is going to put the property on the market!