The second season of the USA network’s “Dirty John” examines the case of Betty and Dan Broderick. The story of Betty Broderick has been infamous since long before the team from “Dirty John” decided to make it the subject of the latest season. They were a successful and popular couple that ran in La Jolla, California’s social circles. Dan was a high-powered malpractice attorney and Betty was a stay-at-home mom sheathed in designer clothes, and she drove their four kids to and from school and activities, per the Los Angeles Times.

They were a model couple for the yuppies of the era. At least until 1983, when Betty began to suspect Dan was having an affair. Two years later, he filed for divorce. Their epic five-year divorce battle was rife with acts of violence so bizarre that the divorce has gone down not just as the worst case in the history of San Diego County, per the Los Angeles Times, but as one of the messiest divorce cases in the U.S. Among other things, Betty accused her estranged husband of using his legal connections to gain sole custody of their kids.

On November 5, 1989, Betty murdered her ex-husband. She also murdered his second wife, Linda Kolkena, per Elle. What was Linda’s relationship with Dan like before that fateful day? Keep reading to find out. 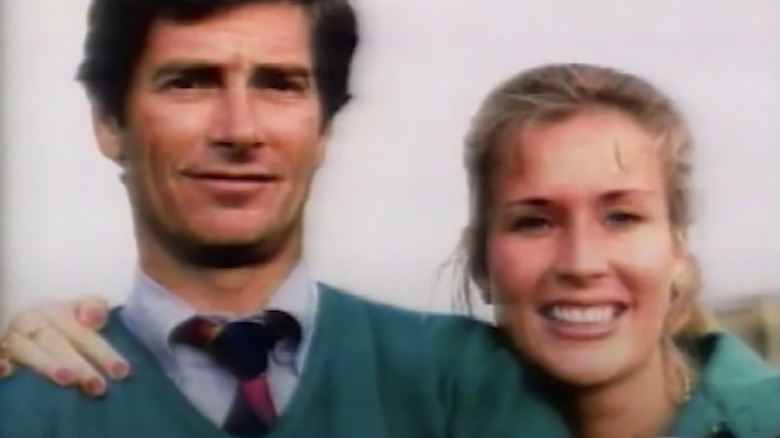 Linda Kolkena met Dan Broderick in 1983 when she was 21 years old and working as a receptionist. They began a poorly concealed affair, and Betty Broderick strongly suspected her husband was cheating on her. She demanded that Dan fire Linda, per Elle. He refused and filed for divorce in 1985. Their divorce was final in early 1989.

Linda and Dan wasted no time in getting married once the divorce was finally over. They got married April 22, 1989, per The Sun, at their home in San Diego. At the time, Linda was growing more and more worried that Betty was a real threat and urged Dan to wear a bulletproof vest at their wedding. He didn’t, but he did hire security, per Elle.

In the months after their wedding, Linda wanted to get a restraining order against Betty but Dan refused, per Elle. Less than seven months after their weddings, Betty let herself into Dan and Linda’s San Diego home and shot them with a pistol she had just purchased. Bullets hit Linda in the neck and chest. Dan was hit in the back. They both died in bed. Linda was just 28 years old.