I’m A Celebrity… Get Me Out Of Here! star Vernon Kay, along with his campmate Shane Richie, have sparked complaints from viewers for boasting about their showbiz pals. Vernon, 46, used to be a T4 presenter, and has worked in showbiz for more than 20 years. He and his wife Tess Daly, 51, who presents Strictly Come Dancing, have met their fair share of celebrities in the past.

But fans are getting fed up with Vernon always mentioning it, with many slamming him for “name dropping”.

So far, Vernon has bragged about bumping into Tom Hanks, Angelina Jolie, Brad Pitt, and Prince William and Kate Middleton.

He told his campmate Giovanna Fletcher that he met Hollywood star Tom when he was on T4 and he was promoting The Polar Express.

“He was amazing, he was just the nicest fella,” Vernon gushed.

“I interviewed him for The Polar Express but he was so nice and at the end I said I know this is really unprofessional, is there any chance you can sign this DVD cover of Forrest Gump for me. 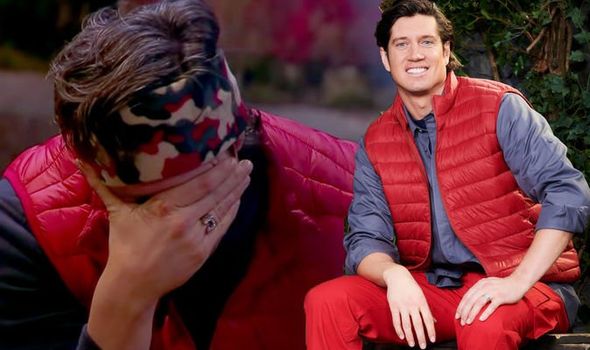 “And he’s like, ‘No problem,’so he signed it to Vernon, good luck with the new gig, Tom Hanks.”

Vernon then revealed he met the actor again on a press junket on Eurostar for The Da Vinci Code.

He recalled: “I’ll never forget it, I I can see it now, Tom Hanks saw me and he just turned to Ron Howard (the film’s director) and he went ‘Oh this is Vern, he’s alright he is.’

One viewer complained: “How many more celebs is Vernon going to make drop in the next three weeks? Bit bored of that already” [sic].

Another remarked: “Dang Vernon dropping names like no tomorrow. Wonder who he’ll drop next after Hanks, DiCaprio? DeNiro?” 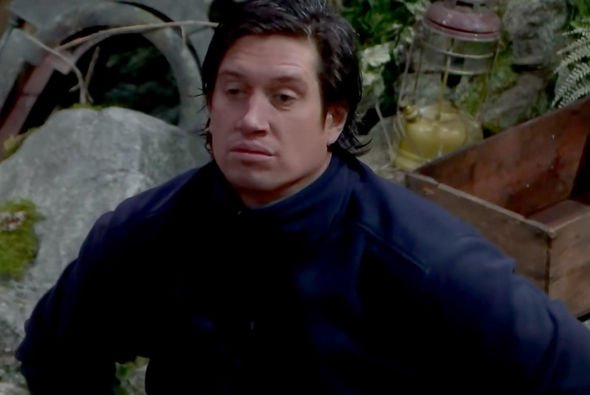 “Who will Vernon name drop tomorrow night?!!…tune in to find out,” wondered a third.

But Vernon is not the only celebrity in the camp who has been accused of bragging about his showbiz pals.

Shane Richie also sparked some criticism when he boasted about go-karting with Tom Cruise.

He told the camp: “When I was in the West End doing Boogie Nights in 1999, Nicole Kidman and Tom were filming Eyes Wide Shut.

“And there was a big indoor go-karting track near the BBC.

“I got a phone call from Charlie who used to run it and he said come along on your own and I was going through a real public divorce at the time.

“I was being followed by the press, so I turned up and went in and he said, ‘Sit down. I’ve got to tell you Tom and Nicole are here.

“He said, ‘He wants to know if he can race against you because you love go-karting.’

“We’d race til five in the morning, he was a speed freak, he didn’t care about danger.”

Shane added: “But the thing was all the press had followed me to outside this warehouse, Tom, oh my god, did someone tell them I was here?’ I said ‘They’re following me!'”

Another cringed: “Shane Richie trying to imply he was ever more famous in any circumstance than Tom Cruise is oh mate”.

Not wanting to be upstaged, Vernon then added that he had once seen Brad Pitt at his local Marks and Spencer.

“And that very afternoon I went to my favourite DIY shop to pick up a few bits,” he continued.

“Angelina used to go to our Sainsbury’s,” he added.

I’m A Celebrity… Get Me Out of Here! continues tonight at 9pm on ITV.