How old is Jeremy Paxman? Plus 6 fun facts about University Challenge host

JEREMY Paxman is a household name – but there is more to Jeremy Paxman than you might realise.

For example, did you know that he is a passionate advocate for trout and was even sent a stolen Nazi encoding machine in the post? Here are a few fun facts about the University Challenge host… 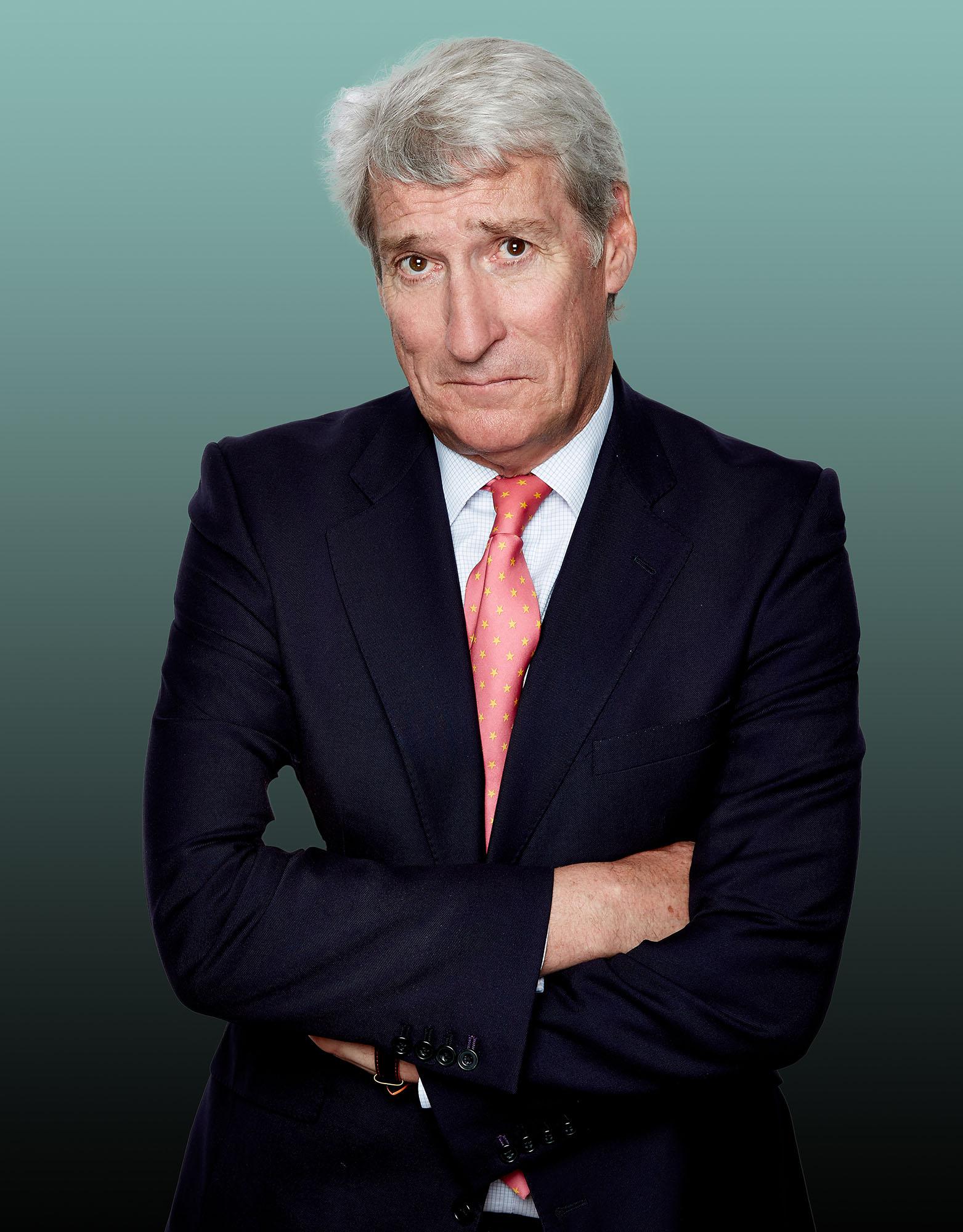 How old is Jeremy Paxman and how many children does he have?

He has three children with former partner Elizabeth Ann Clough. The pair amicably separated in 2016 after 35 years together.

Jeremy keeps his private life private, and that's just the way he likes it.

He has said: "I'm very happy to be hung for what I do in public, but my private life is something I try and keep out of the spotlight."

You know him as the outspoken former Newsnight presenter and unwavering interviewer who hosts University Challenge.

But did you know Jeremy Paxman is a passionate advocate for trout and was once sent a stolen Nazi encoding machine in the post?

1. His school thought he wouldn't be good at university

According to the Worcester News, in his memoir, A Life in Questions, Paxman said his old head of English at Malvern College doubted his talent.

Paxman wrote: "My old housemaster’s widow showed me a note she had discovered while clearing out her late husband’s desk. It was from George Sayer, the head of English.

"He thought I was 'neither stable nor industrious', and 'would not make a satisfactory university student' because 'his enthusiasms are short-lived, and he is very bad at working."

Thankfully the teacher had gone on to say that he did think Paxman may grow out of it and later have a "genuine, if rather narrow, appreciation of great writing'", which was indeed proved when he later studied English at St Catharine's College, Cambridge.

2. He hit headlines when a stolen WW2 encoding machine was sent to him mysteriously in the post

A nationwide police hunt for a £100,000 World War II Enigma machine went underway when it was stolen from its home at Bletchley Park Museum in Milton Keynes.

Jeremy was baffled when it was posted mysteriously to him, following months of ransom demands.

The presenter promptly returned the machine to its rightful home and eventually an antiques dealer was arrested.

The Abwehr G312 Enigma machine was used by the Nazis to create secret, coded messages between their troops, but it was later taken by the Royal Navy. 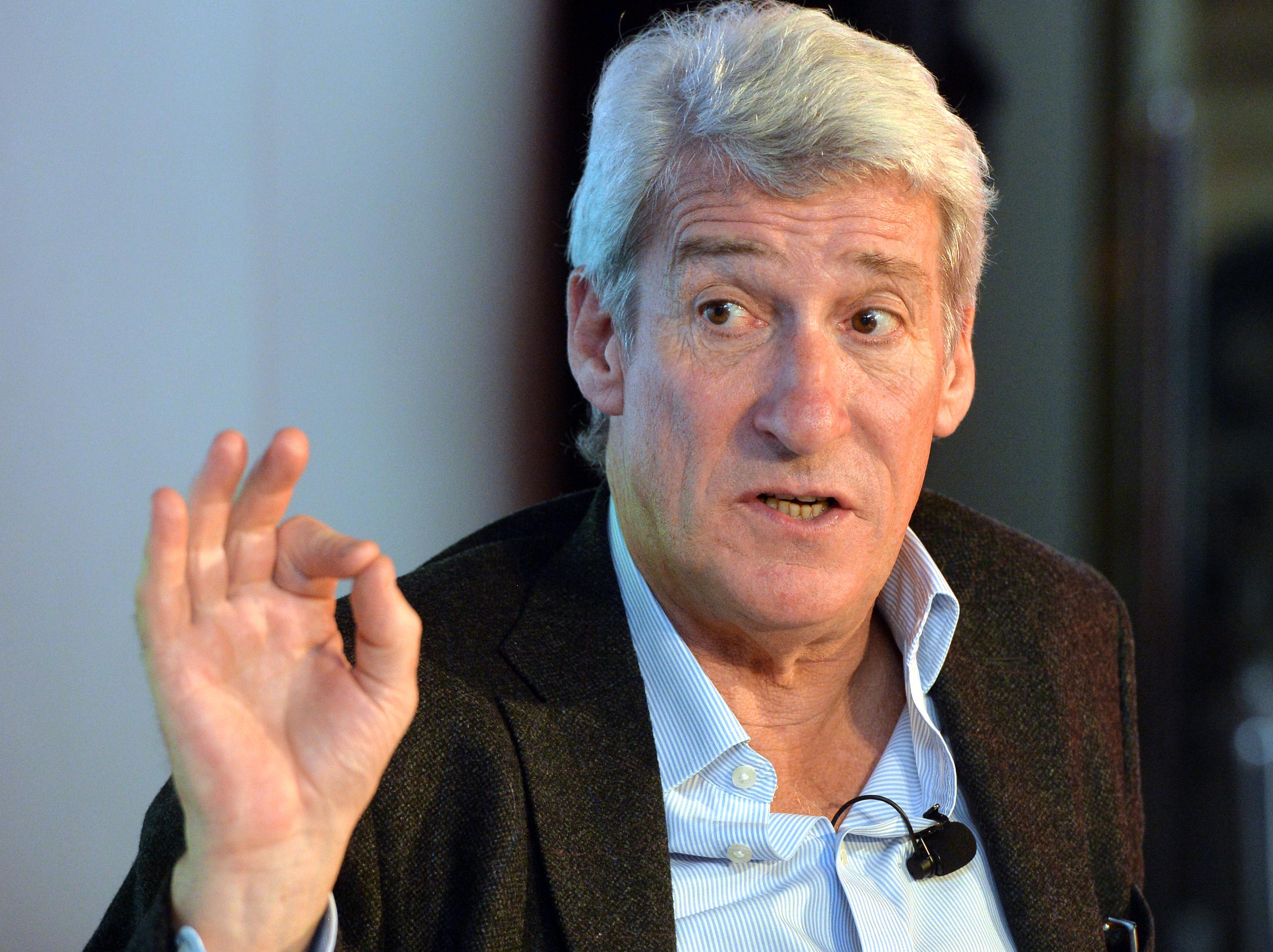 3. Jeremy was once nominated for Beard of the Year

Jeremy debuted a new bearded look back in 2013 – and it went down a treat with facial hair fans.

Abandoning his razor, he went 147 days without shaving causing a media storm, who either loved or hated the new look.

The Beard Liberation Front went as far as nominating him for beard of the year, but was eventually beaten by Gareth Malone and John Hurt in the poll. 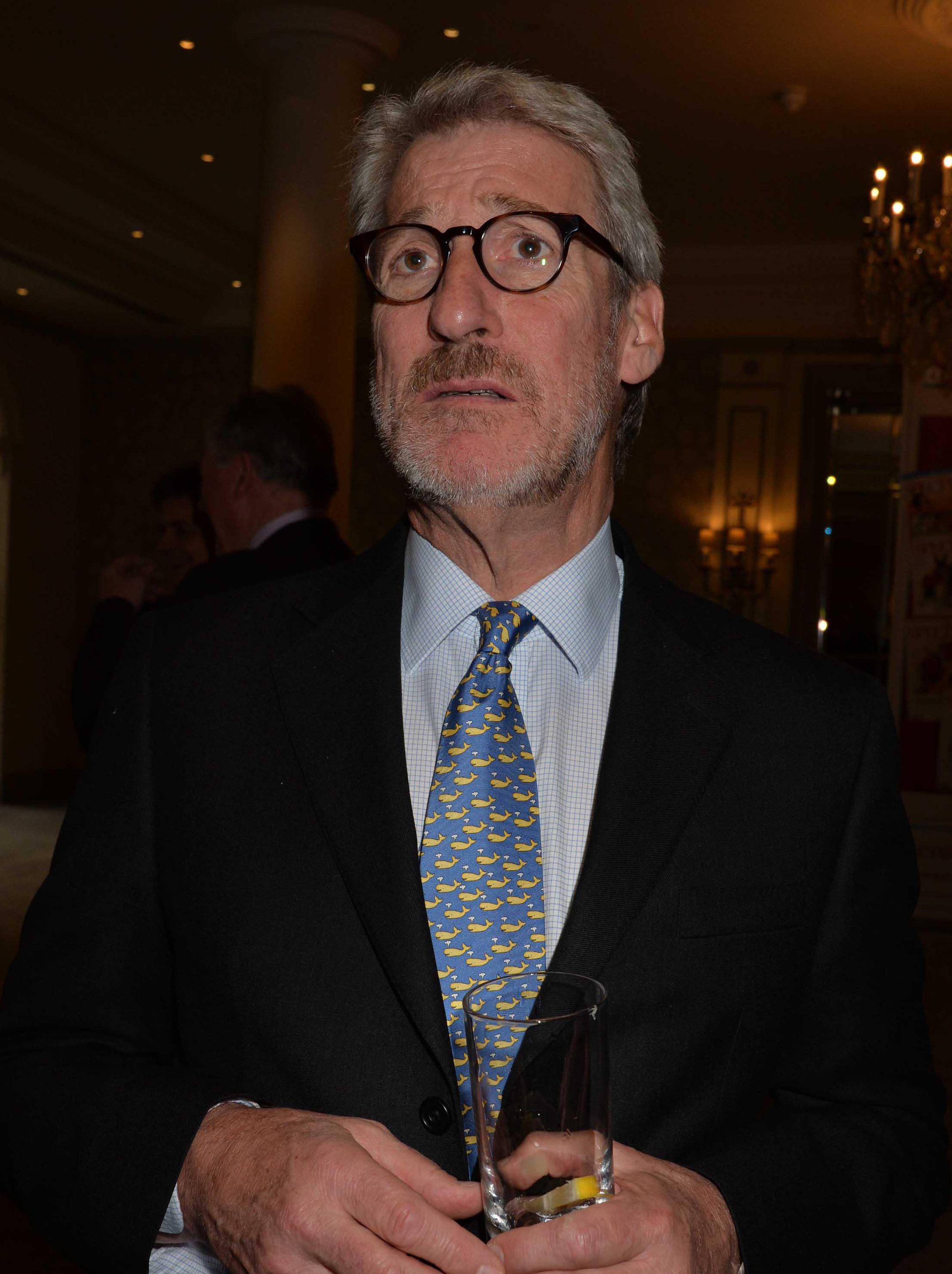 4. He’s the vice-chairman of the Wild Trout Trent conservation charity

The group aims to inspire people to protect their wild trout and give advice for improving wildlife in lakes or rivers, and became a natural choice for fly-fisher Jeremy.

It’s not the only charitable venture he has been involved with over the years.

He is also a patron of east London homeless charity Caritas Anchor House and Sustrans, which is a UK sustainable transport charity. 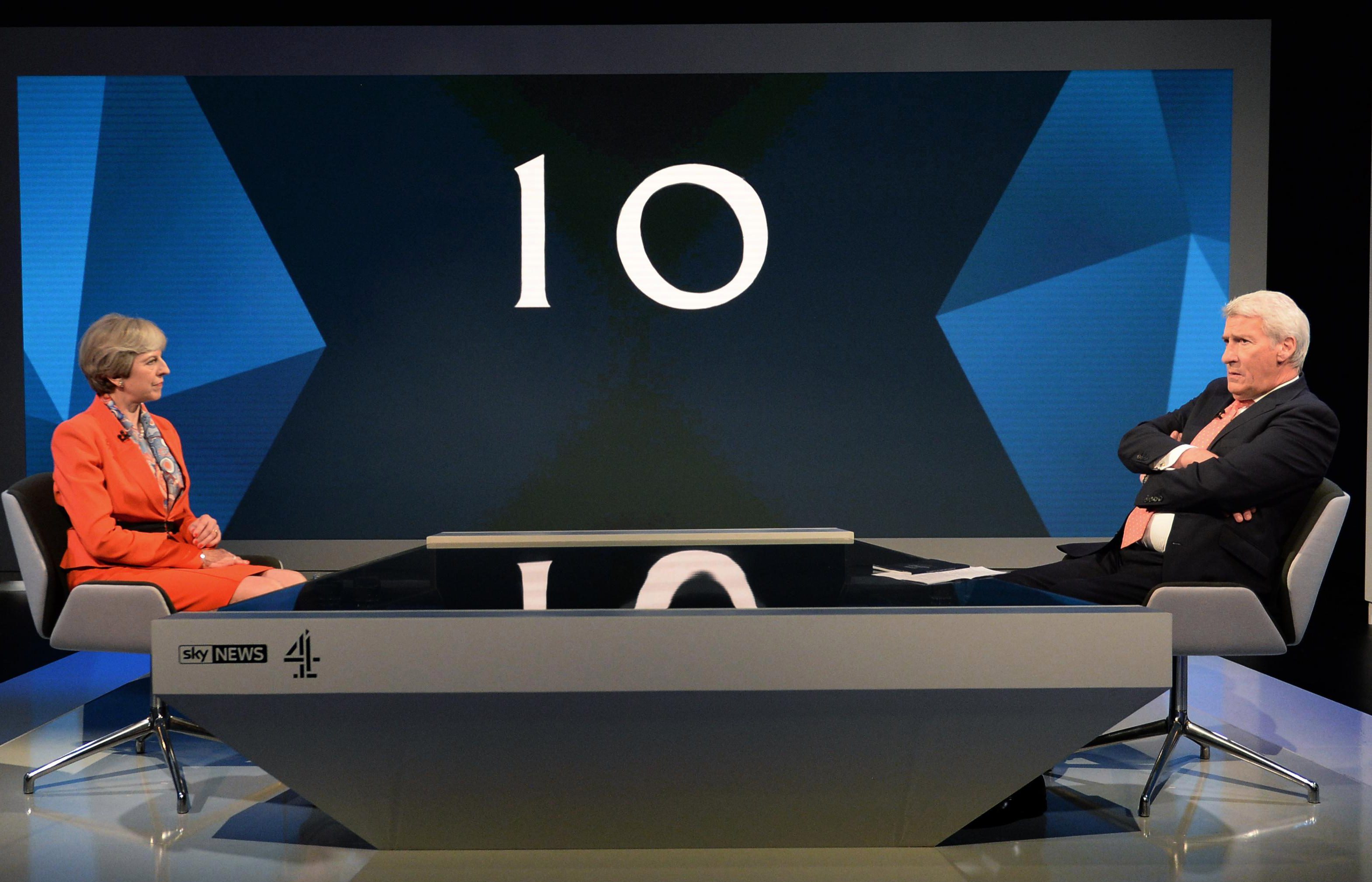 5. He once said the older generation are “virtual corpses”

The presenter was accused of insulting the elderly after describing old age as “incontinence and idiocy”.

Outspoken Jeremy said the older generation are “virtual corpses” in a newspaper column for Mature Times – a free publication aimed at people over 50.

He wrote: “We all know that mature means on the verge of incontinence, idiocy and peevish valetudinarianism.” 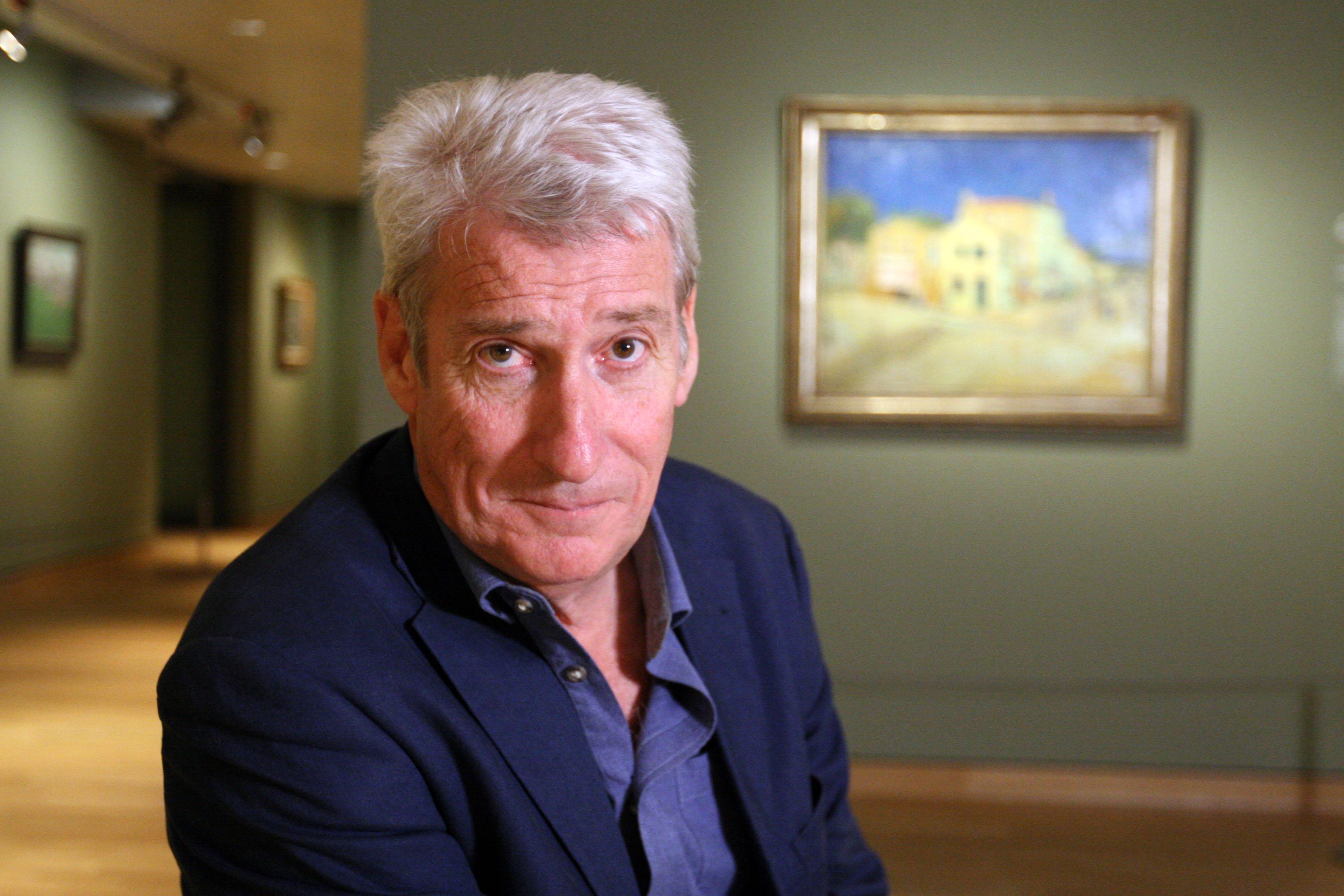 6. He was rushed to intensive care with a potentially fatal blood clot

The broadcaster caused concern when he had a dangerous blood clot in his lungs following knee surgery.

Jeremy had the scare following a routine operation on his knee which had become “worn out” from jogging.

He also revealed how during his hospital stay he had been caught on CCTV weeing in the sink.

He said: “I woke up and needed a pee. A pair of crutches were propped against the wall next to my bed.

“Surely, I thought, there is no need to disturb the poor nurses?

“No adult male has ever passed a washbasin on a middle of the night mission without thinking the very thing that seized me, ‘no one will ever know and it all ends up in the same place. What’s the problem?’"

Whatever Happened To Farrah Franklin From Destiny’s Child?
Recent Posts