House Of The Dragon: Celebrities attend UK premiere in London

HBO’s highly anticipated fantasy drama House of the Dragon finally premiered on Sunday to provide insight into the Targaryen civil war. However, viewers were met with a shocking death, which many of whom believed Otto Hightower (played by Rhys Ifan) was behind.

After almost four years since the controversial Game of Thrones finale, the Iron Throne has returned to screens with a new heir.

Viewers were transported to Westeros, 200 years before the events of Game of Thrones for a new battle and more fire-breathing dragons.

House of the Dragon is the onscreen adaptation of George R. R. Martin’s novel Fire and Blood which provides insight into the years leading up to Daenerys Targaryen’s (Emilia Clarke) exile. 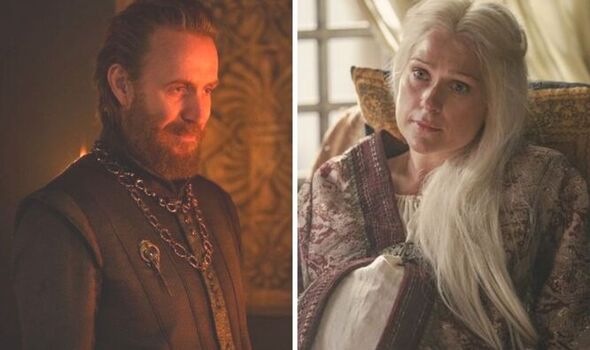 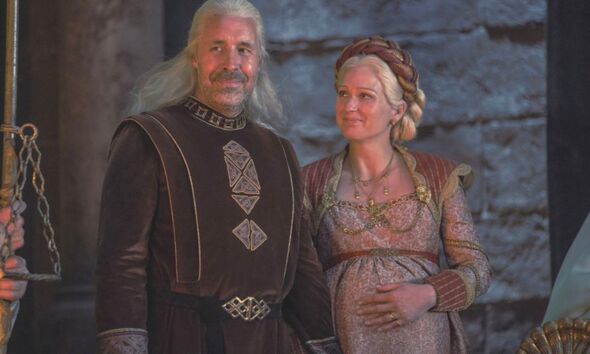 Her delivery turned fatal after King Viserys (Paddy Considine) was told the baby was breech and the only way to deliver the baby would be by cutting directly into the womb.

However, after an unexpected amount of blood loss, Queen Aemma died.

After a few hours her son Baelon also died, which led the mother and son to have a joint funeral.

Despite the tragic and traumatic birth, fans are convinced there was ill intention behind the deaths at the hands of Otto. 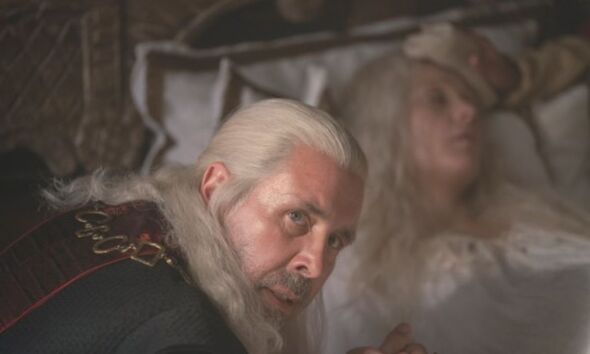 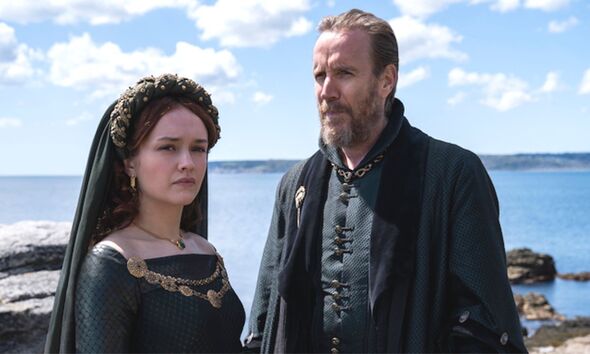 Taking to Reddit, a viewer Necessary_Candy_6792 suggested that the King’s most trusted adviser had planned for Queen Aemma to die during childbirth.

They wrote: “Grand Maester Mellos (David Horovitch) was in charge of delivering the baby.

“He said that Viserys needed the C-section to save one instead of losing the other, declaring with no hesitation or assessment of Aemma’s condition, he declares that Aemma would die either way.

“Not even considering she could pull through, and so the king needed to kill her to deliver the baby.”

The suspicious fan added: “The baby is alive and well and Mellos looks down on it with a troubled look.

“Mellos continuously kept telling Viserys that it might be a girl and not to get his hopes up, the next time we see Baelon, he is dead.”

The Redditor explained that as Viserys’ wife and only male heir were both dead, Otto immediately asked Mellos to send a discreet message for Alicent Hightower (Olivia Cooke) to begin seducing the King.

As she also happened to be Otto’s daughter, this made the viewer suspicious.

The Redditor continued: “Everything seems all too conveniently set up to allow Otto to marry Alicent to Viserys and if she gives him a male heir Rhaenyra will be expectedly set aside.”

Asking other fans, they added: “Who wants to guess that Mellos was also in charge of delivering and medicating Aemma during her miscarriages and stillbirths?

“Only when Alicent has blossomed into a beautiful young woman does Aemma finally die.”

Otto would likely reap more benefits from his daughter marrying the King than he would from being a trusted advisor.