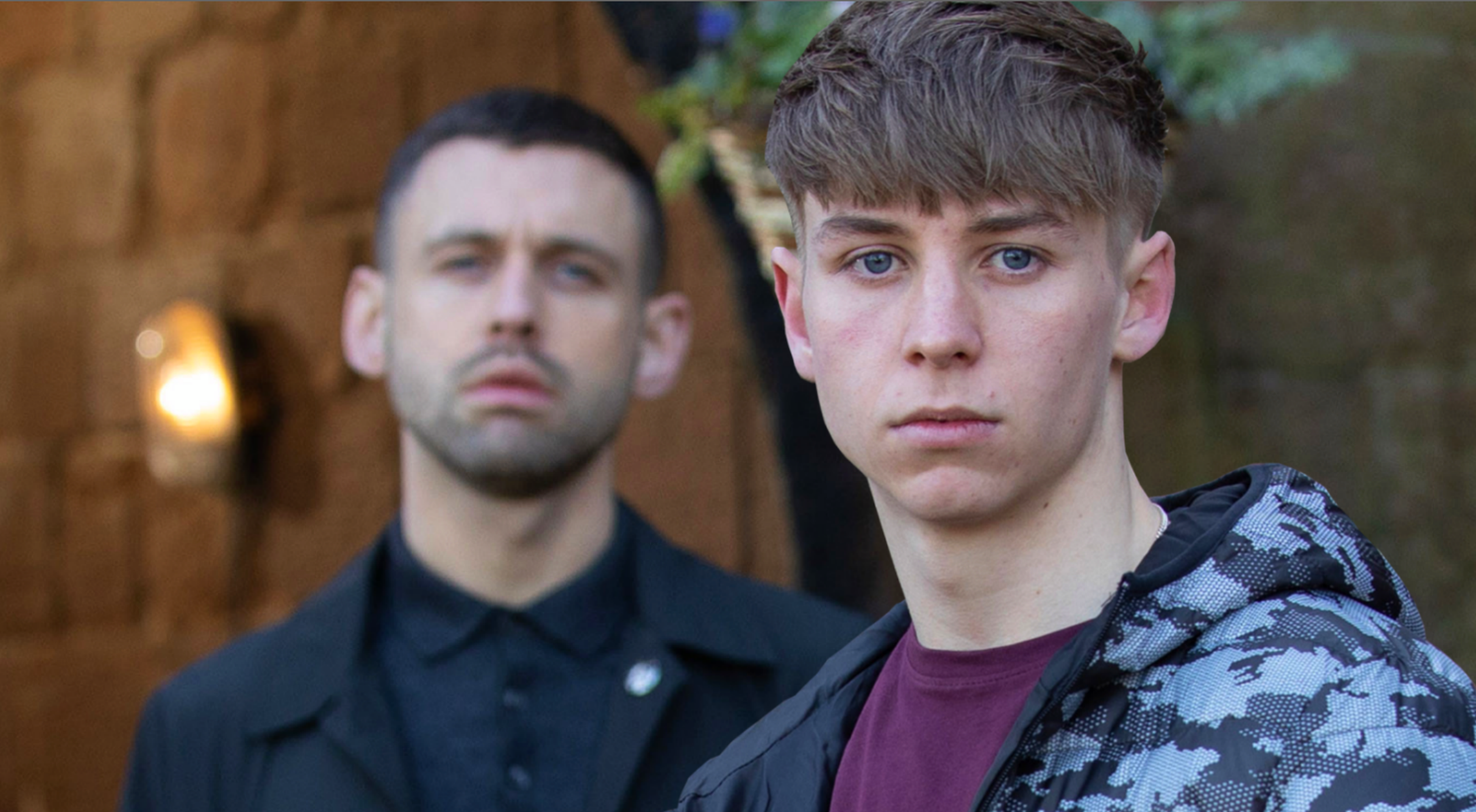 Sid Sumner (Billy Price) is hellbent on taking Victor Brothers (Benjamin O’Mahony) down in Hollyoaks, and next week he sets his master plan in motion.

Sid believed the events of New Year’s Eve had finally rid the village of Victor, but when the drugs boss returned last month, he decided that action needed to be taken.

Determined to prevent history from repeating itself — and hoping that he can free Juliet Nightingale (Niamh Blackshaw) in the process — the young lad resolved to take Victor down from the inside, and thus he set about gaining his trust.

‘I think Sid went into a little bit of a dark hole when he lost his cousin and his best friend is in prison,’ actor Billy Price told Metro.co.uk. ‘And not only that, he’s kind of destroyed a lot of the lives in Hollyoaks — whether it be Charlie or Ella and kind of Ollie.

‘He has had this impact on the village, so he does go into a little dark hole, but he always seems to pick himself back up and do what is right — and that’s what we see: he takes it onto his own shoulders and tries to fix it.’

Sid has made no secret of the fact that Victor terrifies him, and Victor knows this — having frequently told the young lad that he’s a liability. As a result, Sid’s mission to win his trust has been a difficult one.

However, he’s willing to do whatever it takes to get justice — no matter the cost.

‘We’ve seen him scared over the past 18 months,’ said Billy, ‘but this is his time to take everything that’s happened into account and just finish it once and for all.’

Sid’s mission has encountered one obstacle after another, and he truly believed that he’d reached the end of the road when Ste Hay (Kieron Richardson) discovered what he was up to.

However, this inadvertently strengthened his plan, as Ste went to James Nightingale (Gregory Finnegan), who provided Sid with the ways and means necessary to destroy Victor.

‘If there is anyone you want to help [you] in the village, it’s James,’ Billy told us,’ ‘He’s that lawyer — he just knows what to do and when to do it.

‘He’s quite intelligent, so when James sits [Sid] down and says: “this is what you need to do,” and lists it all to him, I think there is a bit of trust there, and he knows that if they’re going to take [Victor] down, then this is going to be the way to do it.

‘I think he’s scared, but I think he knows this is their only chance.’

This coming week, Sid puts his plan into action, as he sets out to plant the recording device — which James acquired for him — in the glove compartment of Victor’s car.

However, yet another obstacle arises, as Ollie Morgan (Gabriel Clark) shows up, and catches Sid in the act!

‘I’ve been saying this all the time, it’s like, you know when you get that little fly on the wall?’ Billy laughed, ‘Ollie just comes in and tries to muck it all up! But Sid has had his fair few run-ins with Ollie now, so he knows just how to shoo him away!’

With Ollie out of the way and the recording device in place, it’s now or never, as Sid attempts to subtly get Victor to confess his crimes.

‘It just gets tense, because there is this long scene in the car with Victor,’ Billy teased. ‘There is this long chat between them where Sid is trying to get him to say things, but he’s beating around the bush, until right at the end, when he comes out and says exactly what Sid needs him to say!

‘He’s finally got [what he needs to get] his best friend free, and he feels like he owes it to the village to set life back to normal, and take this bad, bad egg away. It’s like when you get over a fear, you know? He’s been scared of Victor this whole year, it’s nice to see victory.’

Unfortunately for Sid, the victory is short-lived, as Victor somehow gets wind of what the young man was up to, and thus he becomes hellbent on revenge.

‘[These scenes] are quite intense! There is a scene where [Sid’s] in the house and [Victor] kicks the door down, and finds the laptop — and the USB has just been ejected et cetera et cera.’

Peri Lomax (Ruby O’Donnell) comes to Sid’s rescue and momentarily scares Victor off, which allows the young man enough time to try and make it to the police station with the evidence in tow.

One or two obstacles arise along the way, but ultimately Sid is determined to see his mission through until the very end.

‘The last thing he’s thinking about is his leg, at this point,’ Billy revealed, ‘It’s just to get Juliet free, and to get this confession to the police.’

The question is: will Sid succeed? Or will Victor find him first?