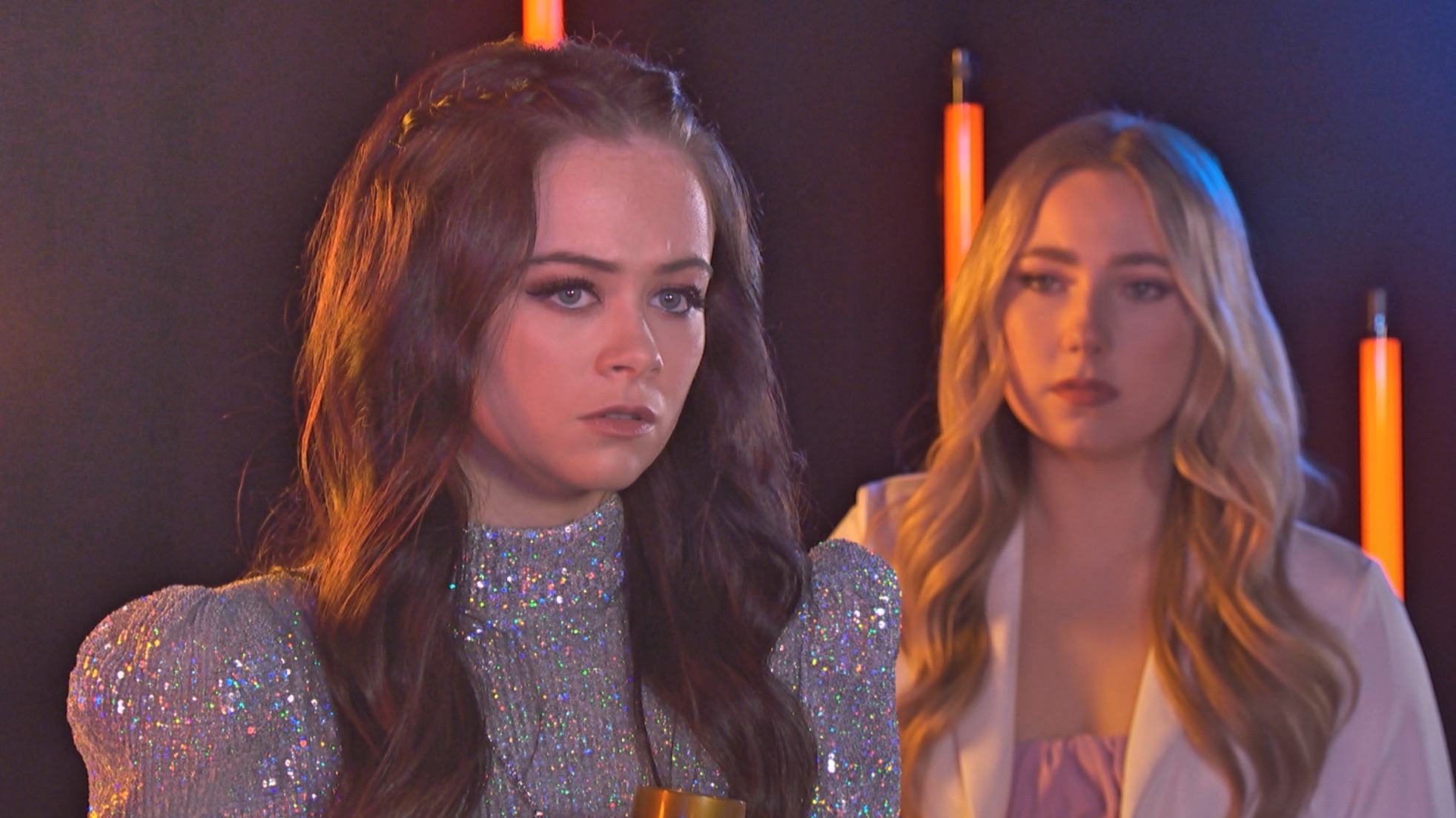 Juliet Nightingale (Niamh Blackshaw) has marriage on the mind in Hollyoaks after a conversation with Peri Lomax (Ruby O’Donnell).

Upcoming scenes will see Peri make a comment regarding a wedding, which leaves Juliet confused.

Jules therefore confides in Romeo (Owen Warner) about the awkward comment, and – not satisfied with his response – she subsequently seeks out Yazz Maalik (Haiesha Mistry) for some advice.

She asks Yazz how she knew she was ready to marry Tom Cunningham (Ellis Hollins).

The question is: is she hearing wedding bells? Could a proposal be on the cards for Juliet and Peri?

The couple have been through a lot in recent months, following their ordeal at the hands of Timmy Simons (Sam Tutty).

Timmy, as fans will know, became obsessed with Peri, and subsequently started stalking her.

Juliet was quick to work out who her girlfriend’s stalker was, but Peri refused to buy Jules’ claims, believing her to be paranoid.

But all was revealed in a tense showdown, after Timmy took Peri hostage in her own home, and confessed to having watched her via the secret camera in her bedroom.

Peri was appalled to discover her privacy had been invaded in such a way, and she struggled to come to terms with everything.