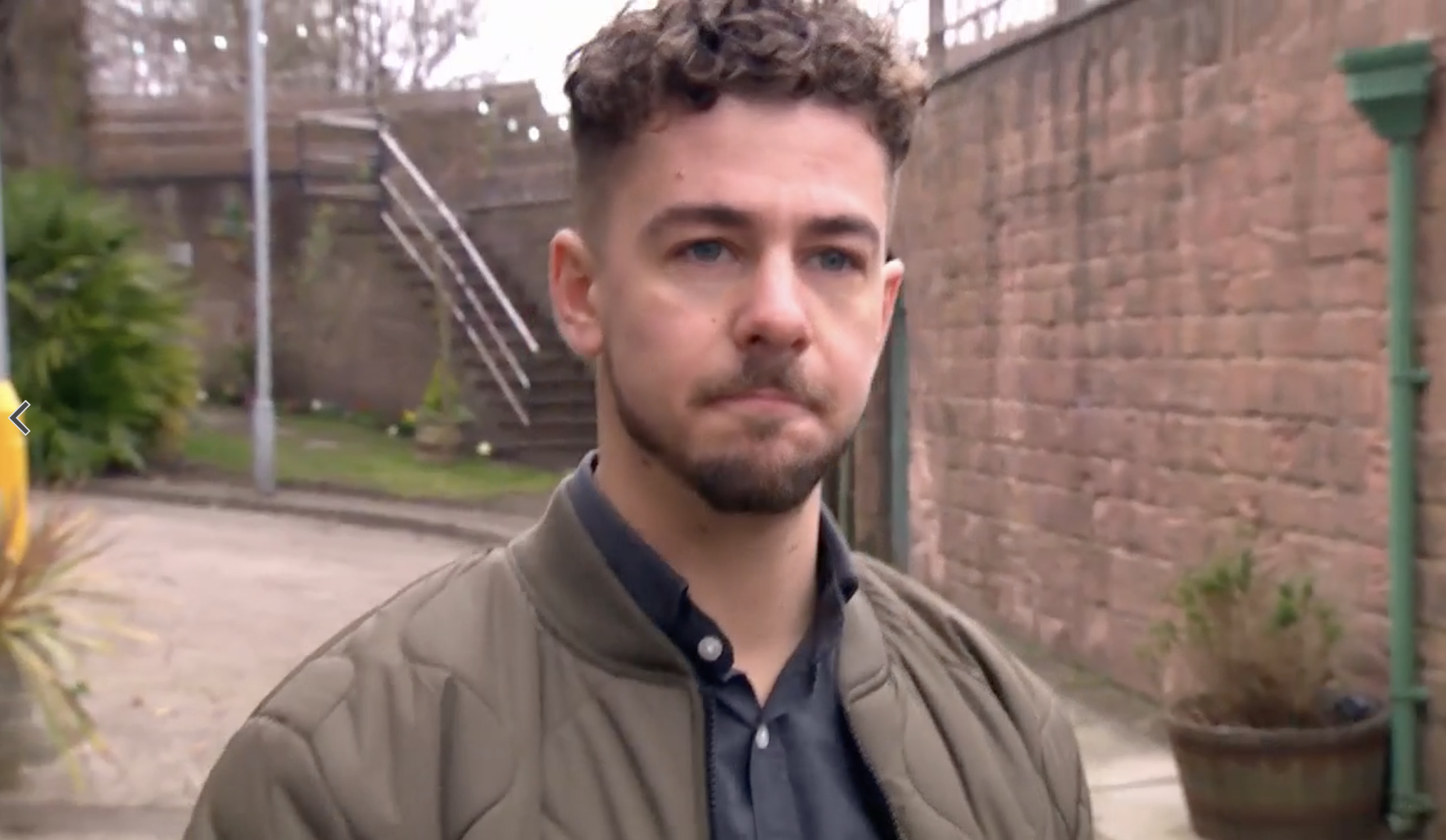 Joel Dexter (Rory Douglas-Speed) sought to punish himself in Hollyoaks for what he’s done to dad Warren Fox (Jamie Lomas).

Warren, as viewers know, has been in serious pain since being run down by a ‘mystery’ driver earlier this year.

The driver, however, isn’t so mysterious, as a major twist earlier this week confirmed that it was Joel who had left his dad to die.

Joel acted in the heat of the moment, but realising just how much agony his dad has been in since the collision has left him feeling incredibly guilty.

So much so, that he’s contemplate quitting his role as a vicar, claiming that he’s lying to God about who he truly is and what he’s capable of.

Joel’s self-loathing increased significantly in Thursday’s (April 14) edition of the Channel 4 soap when he discovered that Warren had come to rely on medication to ease the pain of his injuries.

To make matters worse, Warren was adamant that he deserved to be in such pain, claiming that it’s God’s way of punishing him for all the suffering he’s caused over the years.

Joel struggled to see his dad in such a way, knowing that he’d caused the pain. Warren’s words about deserving to be punished, however, left him with something to think about, and soon enough, he too was determined to make himself suffer.

The vicar stumbled upon an altercation in the village, and he wasted little time in antagonising the men involved, branding the attacker a ‘wee freak’.

The thugs turned their attention to Joel, and proceeded to beat him up, leaving him struggling to move.

Is this the beginning of a dark path for Joel as he searches for repentance? What’s more, will his secrets be spilled?

Or will Warren remain in the dark about who knocked him down?

Hollyoaks continues Friday April 15 at 7pm on E4, or catch the next episode on All4 that very morning.