She was joined by Coronation Street's Helen Flanagan and Lucy Fallon at the star-studded launch of The Lion King and Jungle Festival. 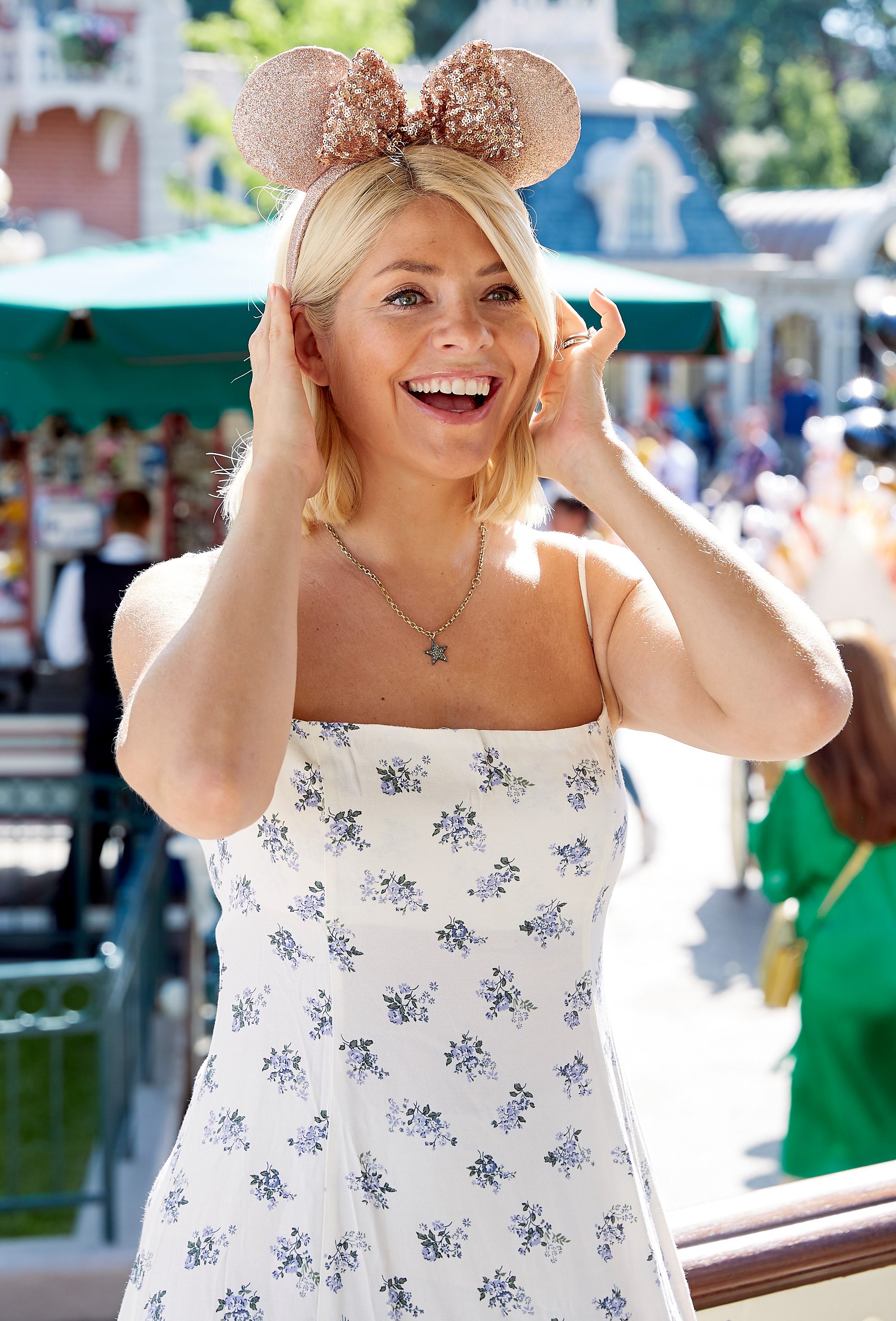 She looked in her element as she dressed up to cuddle Mickey Mouse in front of the iconic castle.

Holly also posed with The Jungle Book characters during a fun-filled day at the amusement park.

The mum-of-three looked relaxed and happy as she took time out from her busy filming schedule.

She's had tensions at work recently following a bizarre bust-up with her co-host Phillip Schofield. 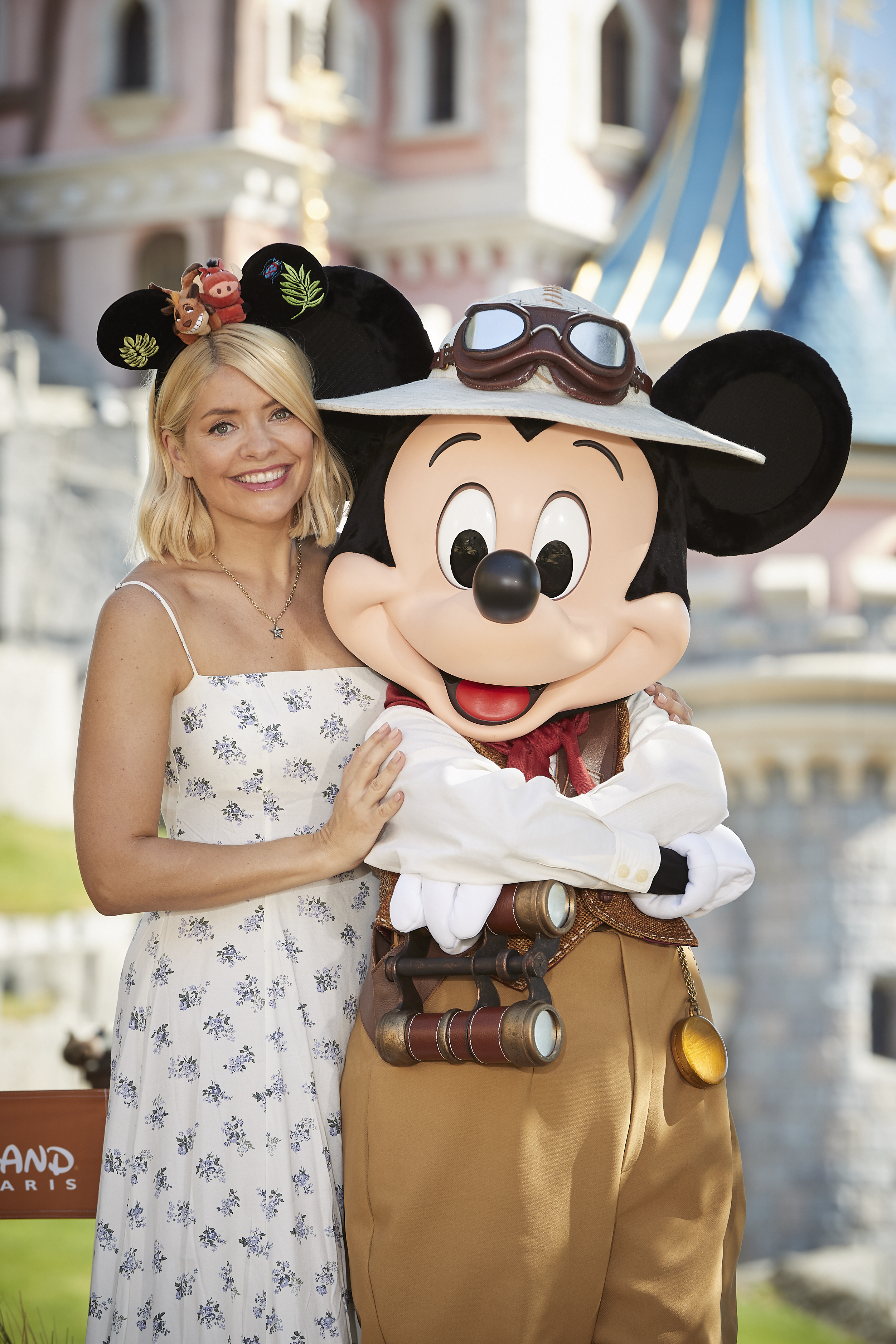 There was a row between the king and queen of daytime TV over a magazine photoshoot that said: "How Holly Willoughby eclipsed Phillip Schofield and became Britain's hottest TV star."

The Sun on Sunday revealed Phillip was livid with the article, and the mag was forced to write a letter of apology to his management.

But after Phil rubbished the claims, Holly celebrated Phil in a touching Instagram post on Father's Day.

Putting it all firmly in the past, the This Morning star was all smiles at the premiere performance of The Lion King: Rhythms of the Pride Lands in Paris. 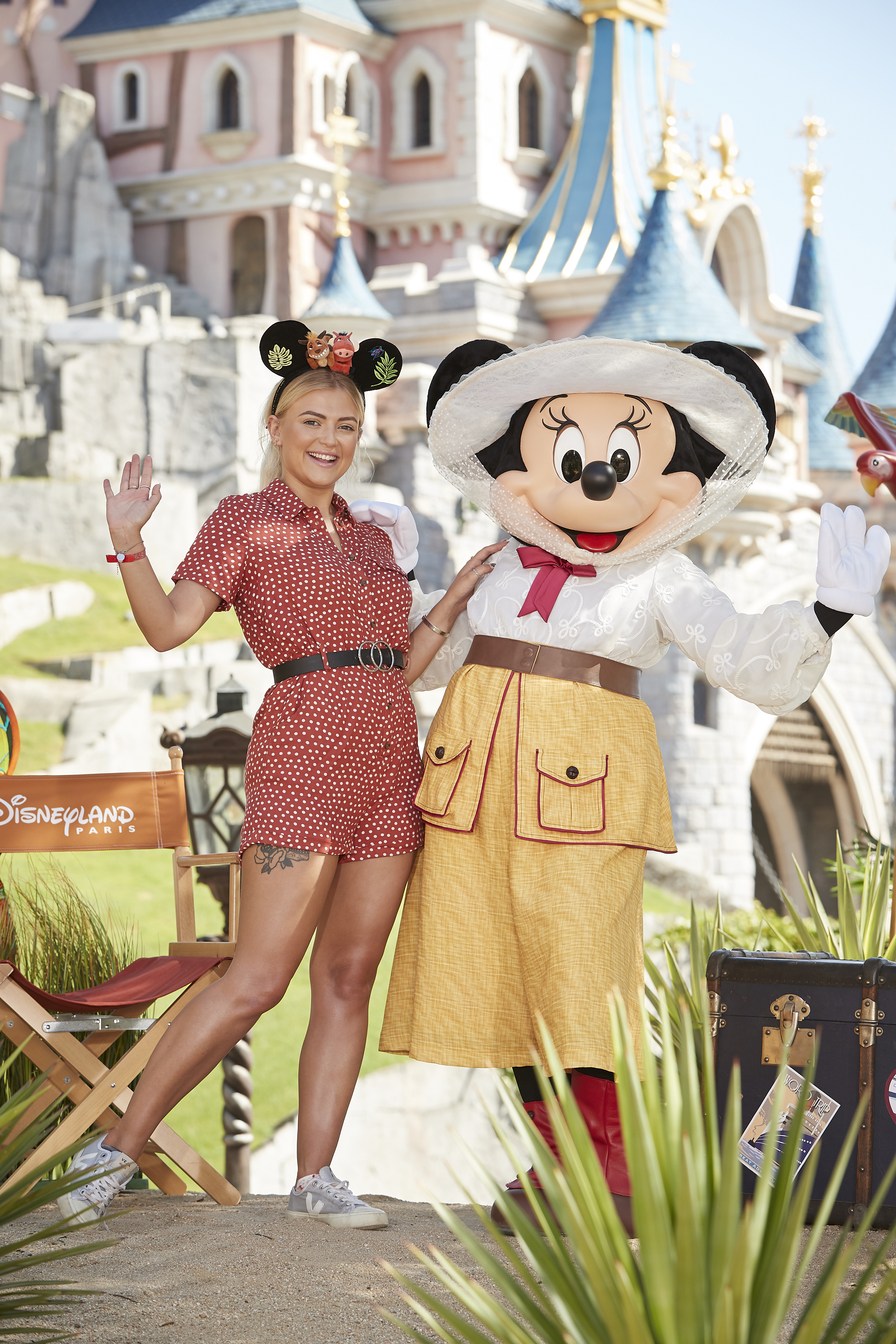 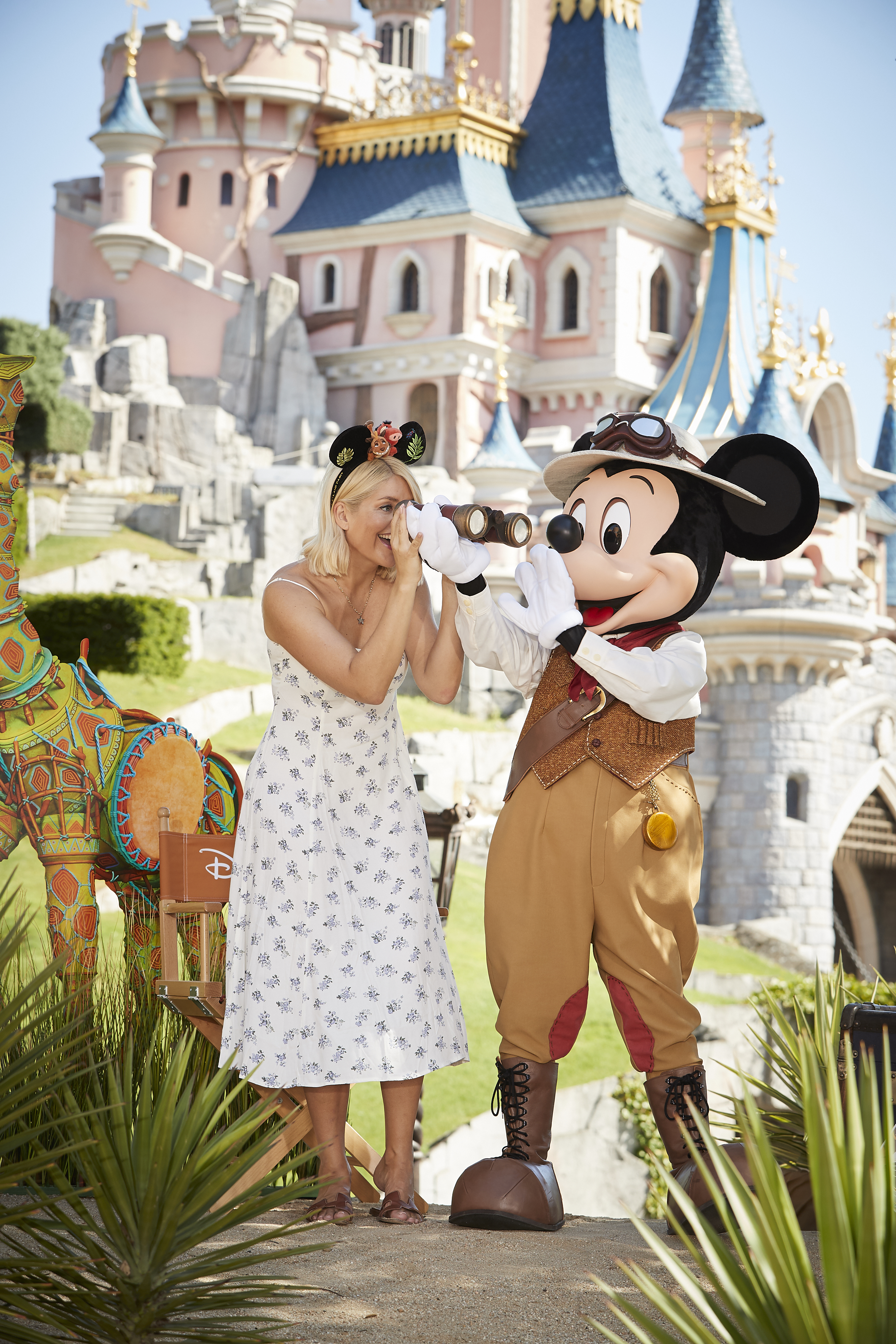 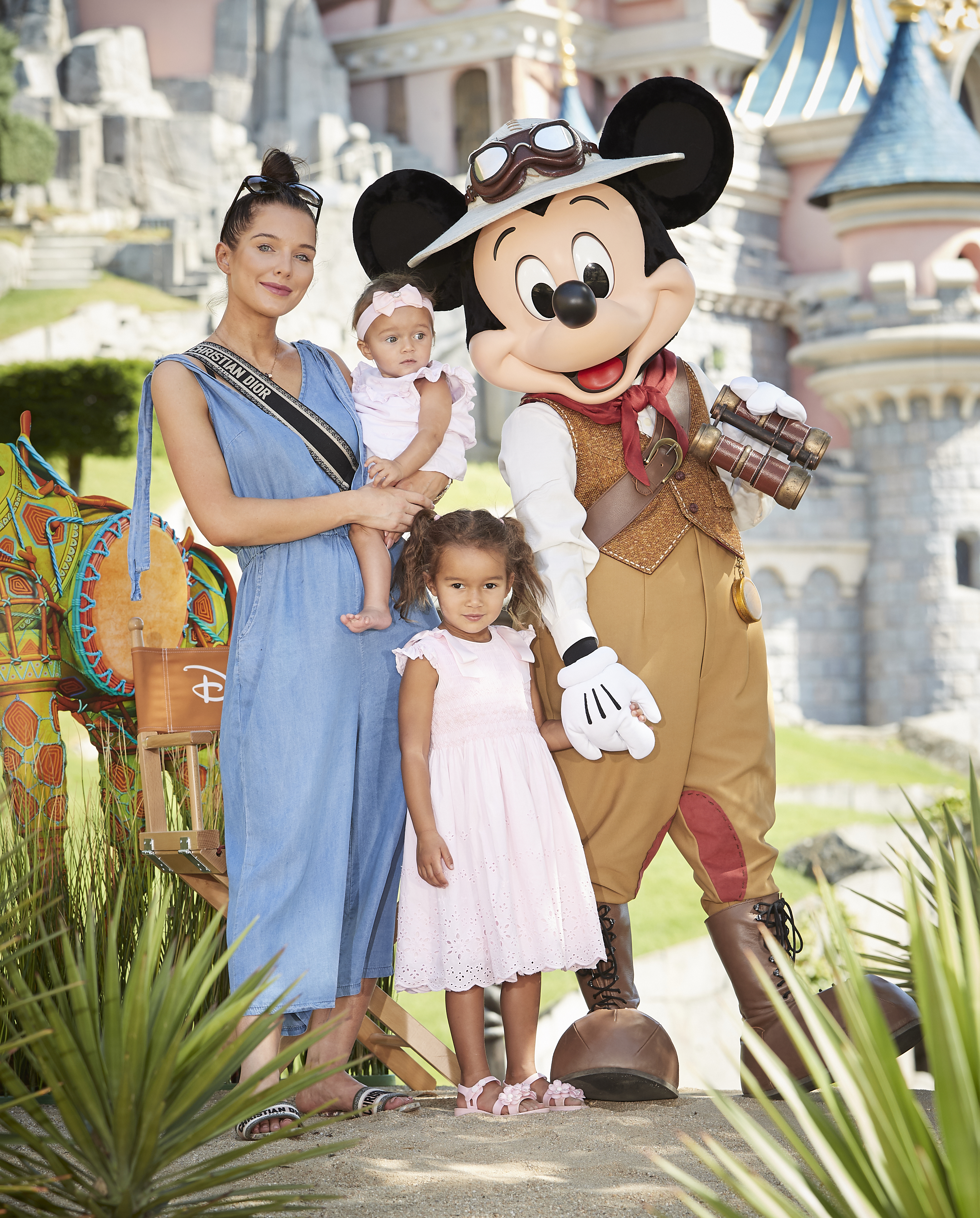 Afterwards she said: “I thought the show was fantastic it literally had me gripped from the first moment – it was incredible; it was all of your favourite bits of the film, put into a melting pot and just there in front of you. It was wonderfully magical!”

The self-confessed girls' girl was then asked which Disney character she most identified with – and her answer was no surprise.

Holly added: "I’m going to have to choose Belle because I think she’s got real ‘girl power’ and my daughter’s called Belle, so I named my daughter after my favourite Disney princess.

"I think that sort of says it all.”