Alex Scott held back tears and went quiet on This Morning after being asked about her father’s drinking.

The retired Arsenal and England footballer appeared on Monday’s episode of ITV’s daytime show to chat about her autobiography How (Not) To Be Strong, in which she reflects on a difficult childhood.

Presenter Phillip Schofield said: ‘You didn’t have an easy start and life at home was tricky. You write, “When my dad was sober he was a charming guy, but the moment drink was involved, that would all change. We [my mum and brother] have never spoken about it.” That’s tricky stuff to write about isn’t it?’

Alex silently nodded, while Phil’s co-host Holly Willoughby jumped in: ‘Even trickier to say. I know – and I think that’s the thing when people write autobiographies and have to go on this press tour, everyone has to do it, and suddenly you have to say it.

‘Actually, writing a book is so personal, it’s like writing a diary.’

Phil jokingly told Alex to ‘stop’ doing interviews because ‘it’s in the book’, which made her laugh and relax again, although she was clearly still emotional. 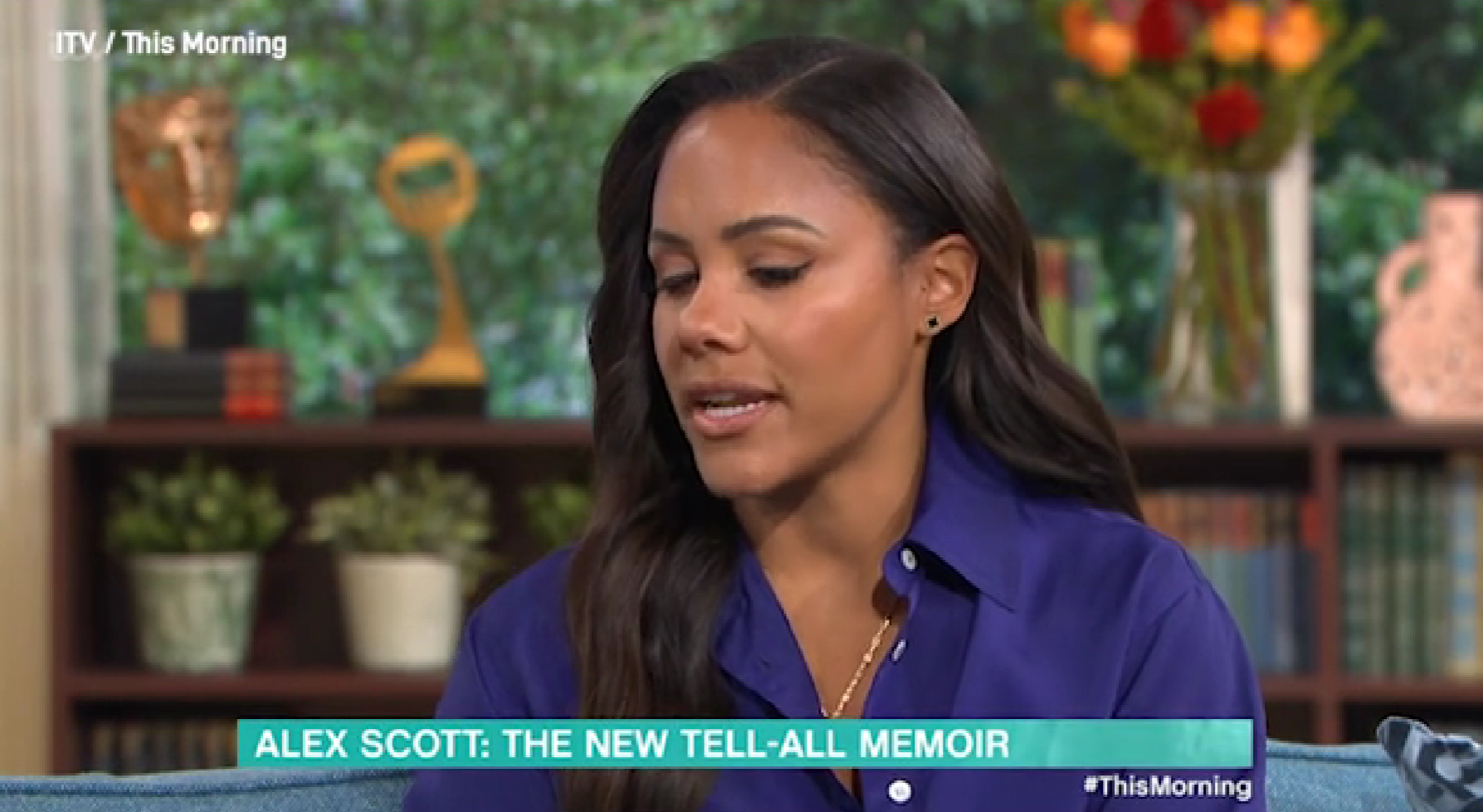 ‘The thing is, the hard thing as well – I didn’t write that part to shame my dad. I wanted my mum to be free,’ she explained, while Phil noted Alex holds up her mum as a role model in the book.

She added: ‘I want her to see that and believe that and move forward and feel freer. I write in the book that she still thinks she’s a coward. She’s anything but! She’s an incredible woman.’

Phil pointed out how inspirational her story can be to people growing up in a similar situation, while he also noted that she decided to write about personal life and relationships in the book.

Alex admitted she doesn’t delve into every romance in her autobiography, but she wanted to share the story of her ‘first love’ with teammate Kelly Smith for a very important reason.

‘I’ve not detailed all the relationships. Why did I do that one? Because it was a first love, it was heartbreak. And once again, there was patterns involved, alcohol that has been a constant in my whole life,’ she explained.

‘Looking back, it was a huge chapter of my life that had to be included in the book. I’d be cheating everyone and myself if I didn’t include that because it sums up why those patterns of what continued in my life and it explains reasons that, it’s only now telling you guys, looking back I realise.’