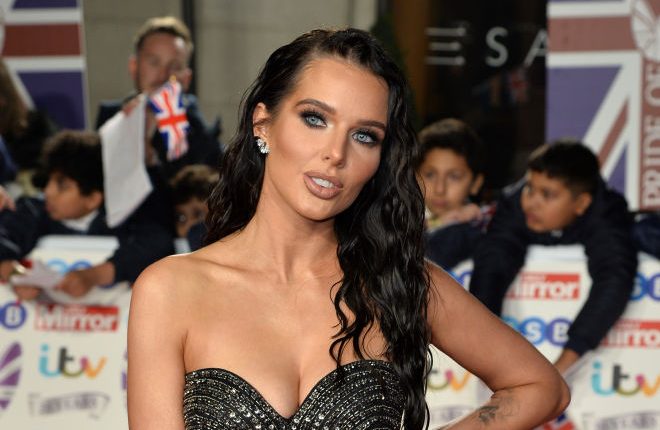 The actress has spoken before about suffering from hyperemesis gravidarum, severe nausea and vomiting during pregnancy, which was so bad during the early stages of this pregnancy it has put her off having more children.

She told Fabulous magazine: ‘I always really wanted four children, but after the hyperemesis this time, I could never go through it again. So the decision about having more children after this one has been taken out of my hands, really.’

When the sickness was at its worst the 30-year-old was largely bed-bound and moved back in with her parents so they could help take care of their daughters while Scott was at work.

The TV star couldn’t even watch TV because it made her dizzy and medication didn’t help.

She said: ‘I had to keep reminding myself that I was going to have a baby and it was going to be wonderful, but I found it so tough mentally being bed-bound for so long. And I felt so guilty on behalf of the children.’

Helen feels it is a ‘positive decision’ not have more kids and is ‘completely happy’.

The couple are expecting their new little bundle of joy in Spring this year.

The actress has been engaged to Scott since 2018 and in February 2020 the couple postponed their wedding until later in 2021.

She previously told Closer magazine that she would ‘love’ to have a Christmas wedding, and already feels like she’s married to Scott as they have been together since they were teenagers.

How many episodes are in BBC crime drama The Investigation?

'The Mary Tyler Moore Show': Why Some Cast Members Were Happy To See Valerie Harper's Rhoda Leave for Her Own Spinoff
Recent Posts