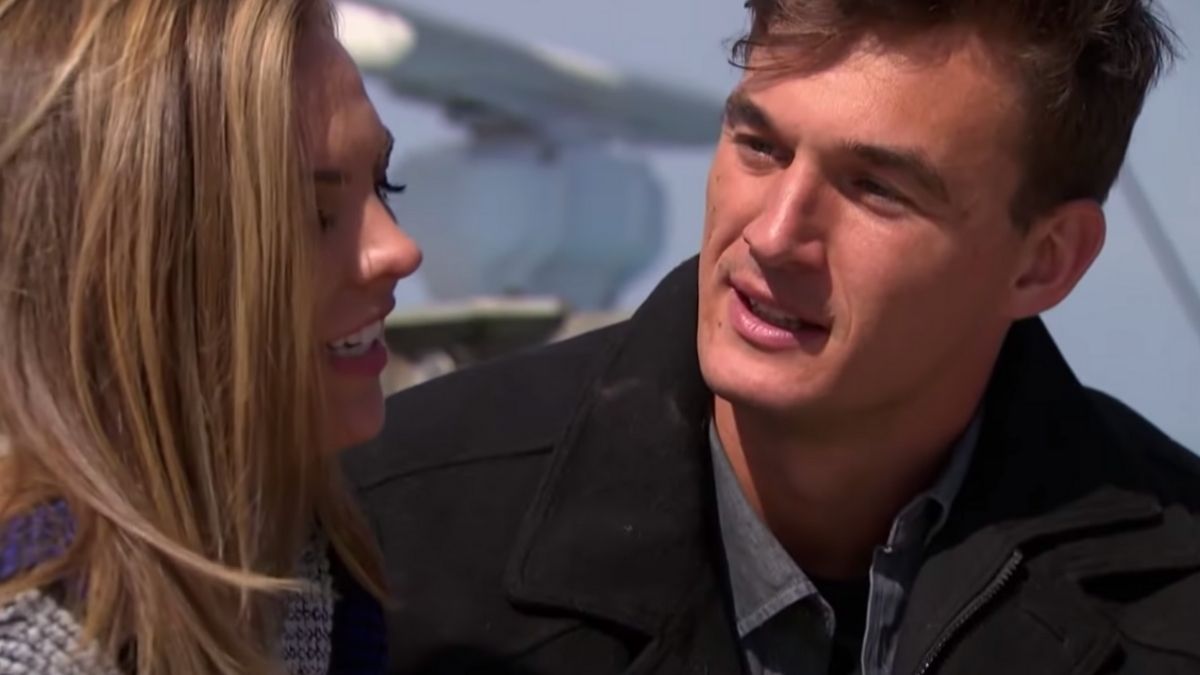 Hannah Brown and Tyler Cameron are playing games with fans of The Bachelorette.

Earlier this week, Tyler traveled to Los Angeles and he reached out to Hannah. The two were spotted together eating at a cafe. Tyler was in Los Angeles with his friend, who he calls Brown Bear.

Tyler and Hannah didn’t make their reunion public on Instagram, but someone snapped a picture of them together.

So, why aren’t they announcing anything when it’s obvious that they hung out?

Hannah B and Tyler Cameron were spotted together

A single photo surfaced online, showing them sitting outside. Hannah is smiling at Tyler, clearly showing a flirtatious side of their conversation and interaction.

Fans freaked out when they learned of the unexpected reunion, and many took time to comment on the photo, which was posted to @bachelornation.scoop’s account.

“THE WAY SHE LOOKS AT HIM,” one fan wrote.

Others chimed in with, “QUIT PLAYING GAMES WITH MY HEART!” and “I can finally be happy again.”

Fans were clearly rooting for a relationship between Hannah and Tyler. “Yes. yes. A million times yes to them,” wrote one.

Another summed up the fan sentiment with “still holding out hope.”

While some fans warned Tyler not to get involved with Hannah, most really wanted them to get back together. Tyler didn’t reveal he was in Los Angeles, but he had been documenting his time in New Mexico on Instagram.

Hannah and Tyler have put the past behind them. The pair spent time in quarantine together, but they didn’t come out of quarantine as a couple. Hannah then decided to move to California while Tyler stayed in his beloved Jupiter, Florida.

The two haven’t officially announced a romance, but they have hinted that they could still become something in the future.

Tyler was recently slammed over launching a YouTube channel on which he talked about Hannah B. Fans thought he was doing it to stay relevant.

The accusations came shortly after Tyler was caught speaking out about Hannah in the media, revealing that he and Hannah had talked about “what if” they had gotten engaged on The Bachelorette. He said that he was convinced they would have made it and still be engaged.

Fans continue to hope that they will make it work.

Ratched: Who did Rosanna Arquette play in Ratched?