Greg Sulkin and Emily Osment to Star in Netflix Comedy

Sitcom is from Kourtney Kang, Doug Mand and Jack Dolgen 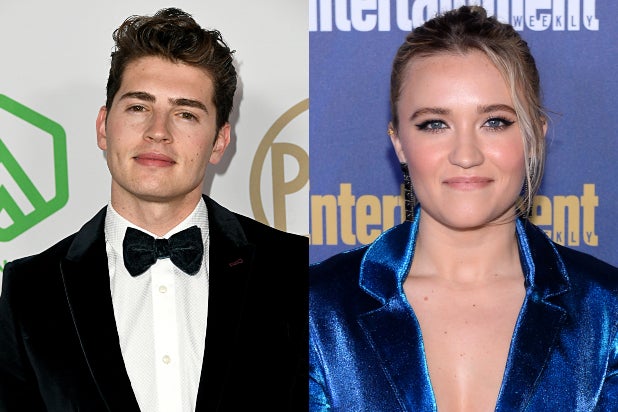 Netflix has ordered a comedy series that will star Gregg Sulkin and Emily Osment.

The untitled sitcom is from Kourtney Kang, Doug Mand and Jack Dolgen, with Pamela Fryman on board to direct. Netflix ordered 10 half-hour episodes. Mand and Dolgen will write the script.

The project centers on a snooty, self-proclaimed intellectual (Osment) who is forced to move in with her care-free sister and her sister’s lovably eccentric friends, including Grant (Sulkin).

Osment’s Chelsea is an Ivy league educated intellectual who is book-smart and quick witted but lacks the real world skills she needs to have a functional life. She finds herself living in L.A. without any options other than her bubbly sister, Claire, and Claire’s roommates.

Sulkin’s Grant is romantic, genuinely sweet, and an often shirtless personal trainer. He has a childlike curiosity about the world and is the kind of guy women love and men… also love! He used to date Claire, but now they’re “just friends.”

Osment most recently starred in Freeform’s “Young & Hungry” and has a recurring role in Netflix’s “The Kominsky Method.” Sulkin is best known for his starring role on Hulu’s Marvel series, “The Runaways.”

Dolgan and Mand were previously writer/producers on The CW’s “Crazy Ex-Girlfriend.” Kang, meanwhile, is the creator on Disney+’s reboot of “Doogie Howser,” titled, “Doogie Kamealoha.”