But one of the bakers on the Channel 4 show, Jamie Finn, got off to a rocky start.

Jamie had a number of baking mishaps during the programme, including coming last in the technical challenge.

He also initially forgot to put eggs into cake mixture for his Showstopper.

When it came to the judging in the final round, Paul said Jamie’s cake was “over baked” while Prue Leith said it lacked “finesse”.

As the elimination loomed, Jamie shared his worries with the camera although things soon became emotional.

He shared: “Well that didn’t go well, did it? I guess you don’t really know until you’re under pressure, what it’s going to be like.

“I’m just prepared for the worst and if it happens, it happens.

“I’m not going to get filmed with tears in my eyes, it’s so cringe isn’t it,” Jamie remarked as he picked himself up and walked out of the camera’s view.

While it looked as though it could’ve been Jamie’s head on the chopping block, it was Dan who went home in the end. 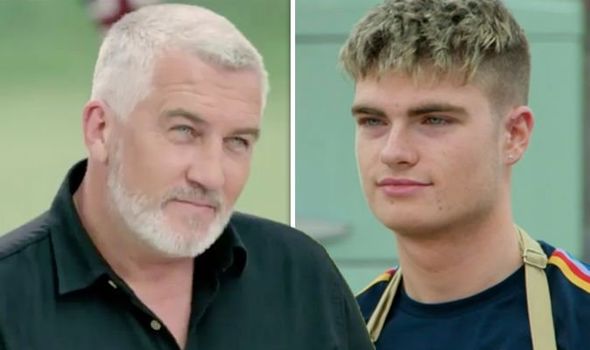 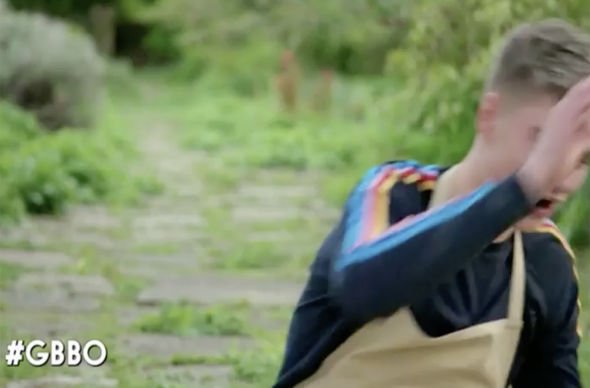 As the group gathered to bid farewell to Dan, Paul approached Jamie and could be seen telling him to “pick it up” for the next part of the competition.

In his exit speech, Dan said: “I had a bad week definitely. I’ll take away the friendships.

“You can’t imagine how everyones bonded it’s so strange.

The first episode did attract some controversy as contestant Michael repeatedly cut his fingers and viewers were concerned about how the wounds had been dealt with. 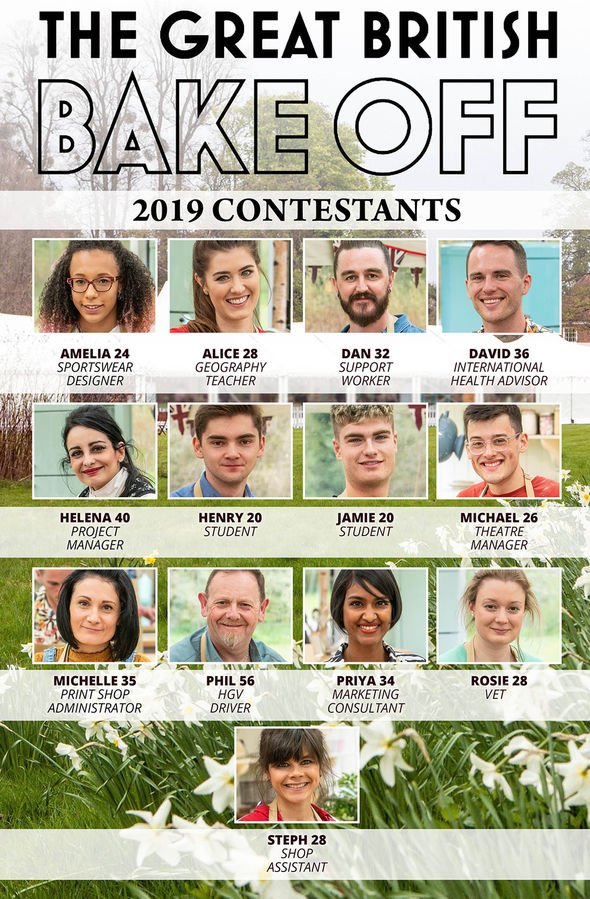 Michael had a flesh coloured plaster on as opposed to a bright coloured one typically used in kitchens, and fans were shocked.

A second declared: “What happened to blue plasters!!! I don’t want that in my cake #GBBO.”

“Any reason why those plasters aren’t blue? Could lose those in a fruit cake…#GBBO,” a third wrote.

Great British Bake Off airs Tuesdays at 8pm on Channel 4.