Home » TV & Movies » Gossip Girl Getting a Reboot: Where Are the Original Stars Now? Gossip Girl Getting a Reboot: Where Are the Original Stars Now?

The CW; Corbis via Getty Images

Calling all Gossip Girl fans! We know you’re going to love this news.

The popular TV show starring Blake Lively, Leighton Meester and Penn Badgley, which came to an end on the CW in 2012, is getting a reboot! The new series, which will air on streaming platform HBO Max, has been given a 10-episode order and will take place eight years after the original Gossip Girl website went dark. Now, viewers will get a look into the world of a new generation of New York private school teens.

While the cast of the reboot series has yet to be revealed, the announcement has us thinking about the original Gossip Girl actors.

As we celebrate the show’s return, let’s take a look at what Lively, Meester, Badgley and more OG cast members are up to now! 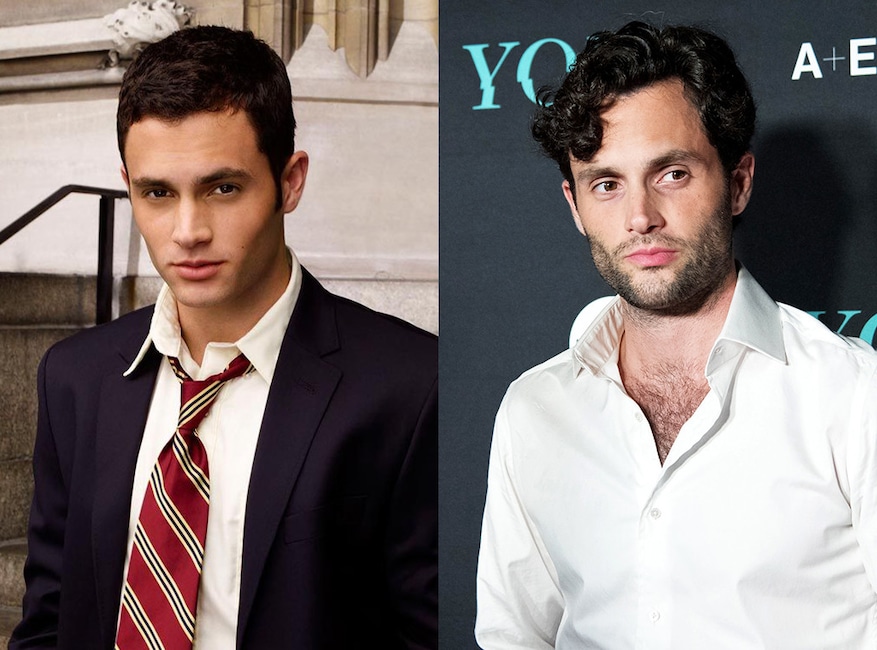 Lonely Boy no more! Badley, who portrayed Dan Humphrey (aka Gossip Girl) on the CW series, has been making headlines for his new hit series, You. The thriller, which originally aired on Lifetime before moving to Netflix, began production on its second season in February.

On a more personal note, Badgley is also a married man. The actor tied the knot with Domino Kirke, the sister of actress Jemima Kirke, in Feb. 2017. 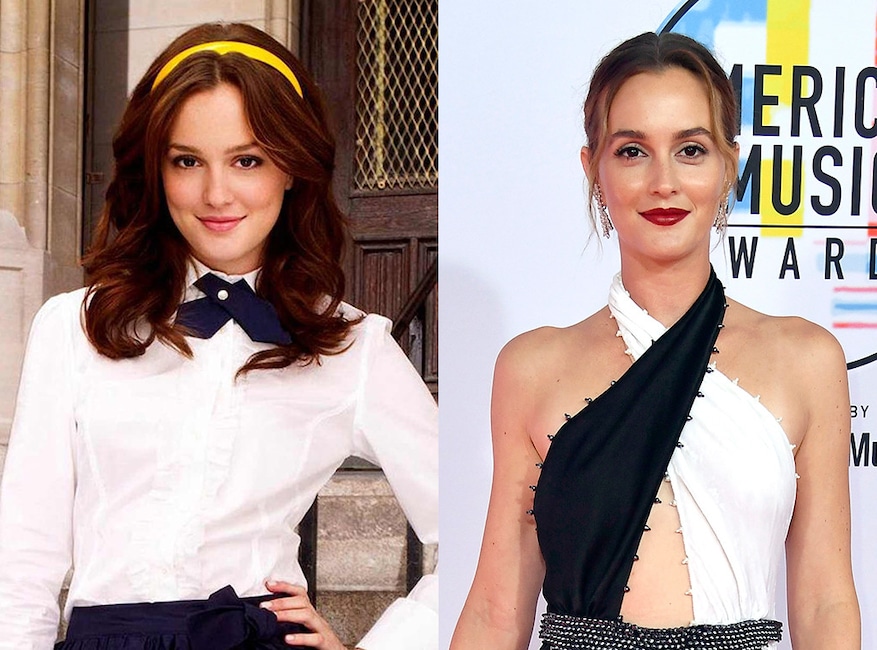 The actress, who portrayed Blair Waldorf, has been making a splash in the comedy world in recent years, starring in ABC’s Single Parents. Meester, who married actor Adam Brody (aka The O.C.‘s Seth Cohen) in 2014, is also a parent IRL. Meester welcomed her first child with Brody, a baby girl named Arlo, in 2015.

In May 2019, Meester talked to E! News about possibly returning for a GG reboot. “No one’s every talked to me about it except for in interviews and I always say the same: I never say never, so I don’t know,” Meester told E! News. “No one’s sent me that information, it’s coming from you.” 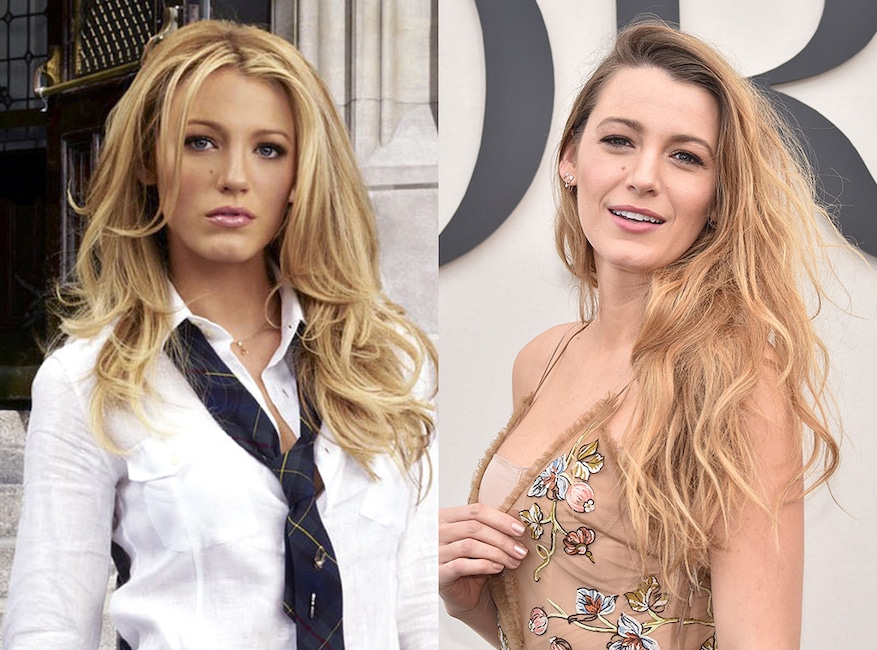 The CW; Corbis via Getty Images

The actress, who portrayed Serena van der Woodsen, has been keeping very busy since the end of Gossip Girl. A few months prior to the 2012 finale, Lively tied the knot with actor Ryan Reynolds. The couple is now expecting their third child together! Professionally, Lively has starred in hit movies The Age of Adaline, The Shallows and A Simple Favor in recent years. 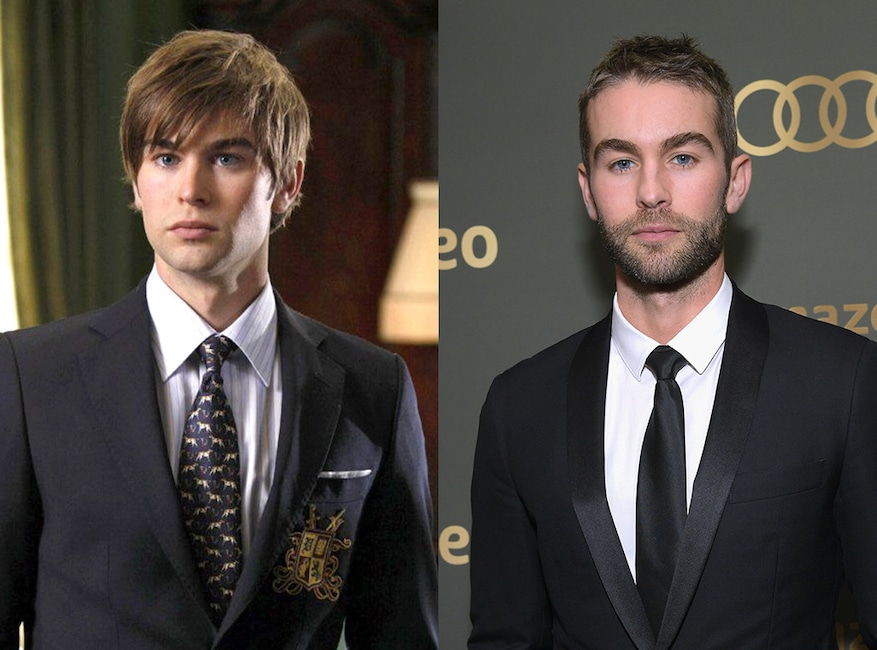 For six seasons, viewers swooned over Crawford’s character Nate Archibald on the CW series. Since the finale, Crawford has starred in ABC’s Blood & Oil, as well as films Eloise and All About Nina. He’s also set to star in the new Amazon original series The Boys. 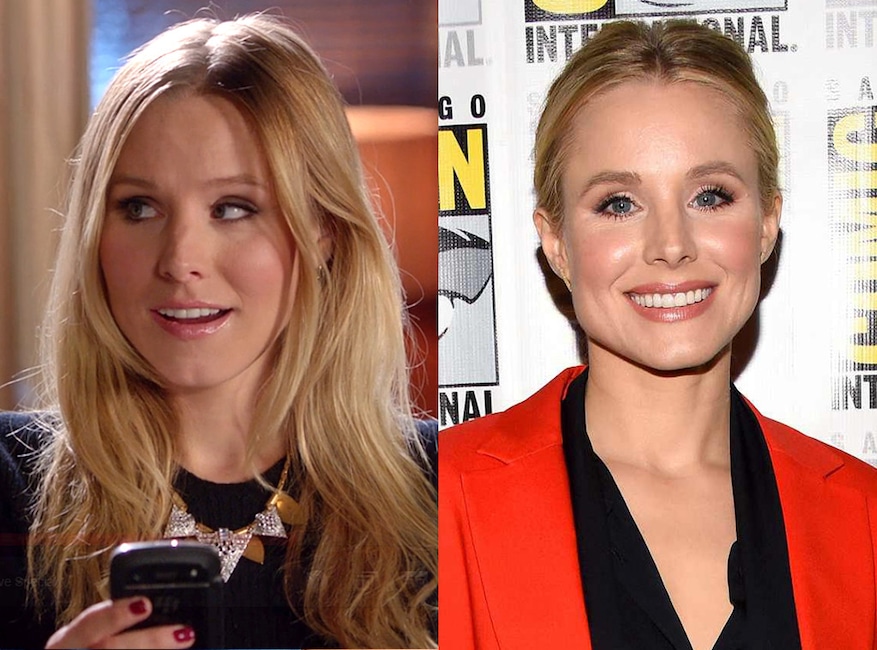 Will Bell return as the voice of Gossip Girl in the reboot? We’ll have to wait and see about that! But fans fell in love with Bell as the snarky voice of the blogger over the years. Since the finale in 2012, Bell has tied the knot with longtime love Dax Shepard, with who she shares two daughters. In the acting world, Bell has starred in The Good Place, A Bad Moms Christmas, and she’s also the voice of Anna in Frozen and Frozen 2. Plus, she’ll soon appear in the Veronica Mars reboot on Hulu. 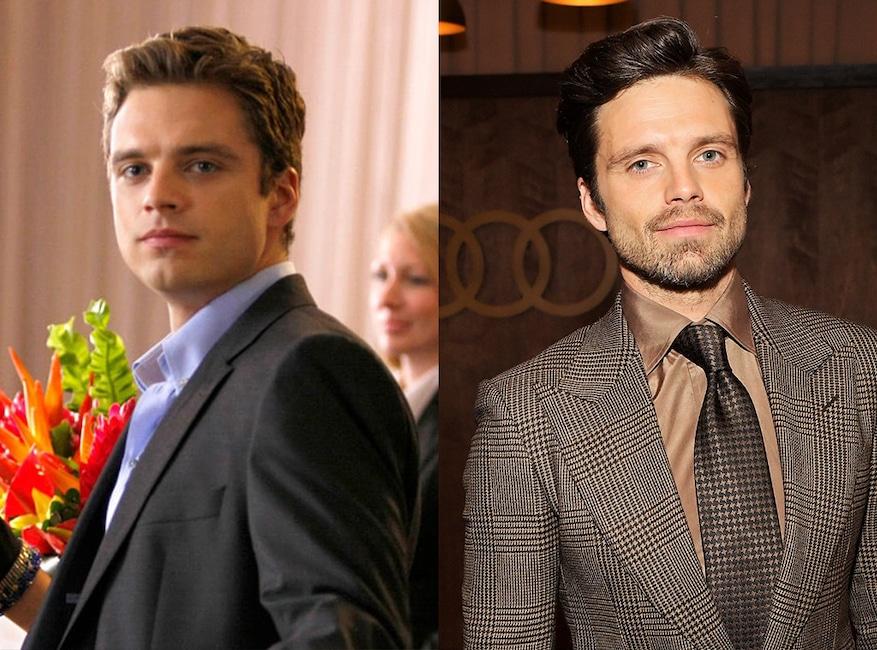 Remember when Sebastian Stan was on Gossip Girl? That’s right, the actor appeared in 11 episodes of the CW series as Carter Baizen, from 2007 to 2010. Since his time on the show, Stan has become a household name thanks to his role as Bucky Barnes/Winter Soldier in the Captain America and Avengers films. 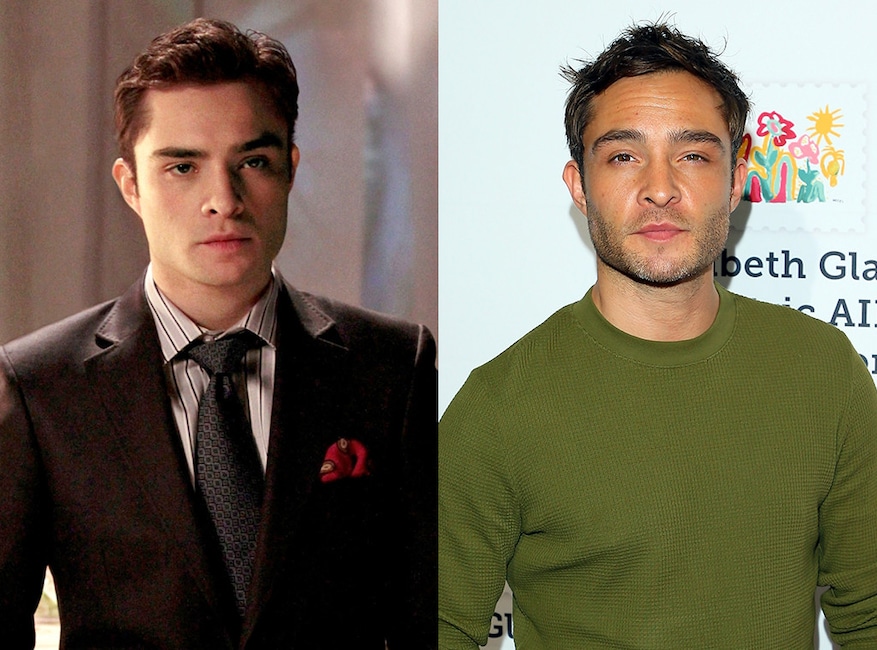 Westwick rose to fame as Chuck Bass on the CW series. He went on to star in 2013’s Romeo & Juliet as well as the 2015’s Wicked City. He also stars in the TV series White Gold.

In the fall of 2017, the Los Angeles Police Department started an investigation into sexual assault allegations made against Westwick. After being accused of rape, Westwick denied the allegations in a since-deleted social media post. In July 2018, the Los Angeles County District Attorney declined to prosecute Westwick. 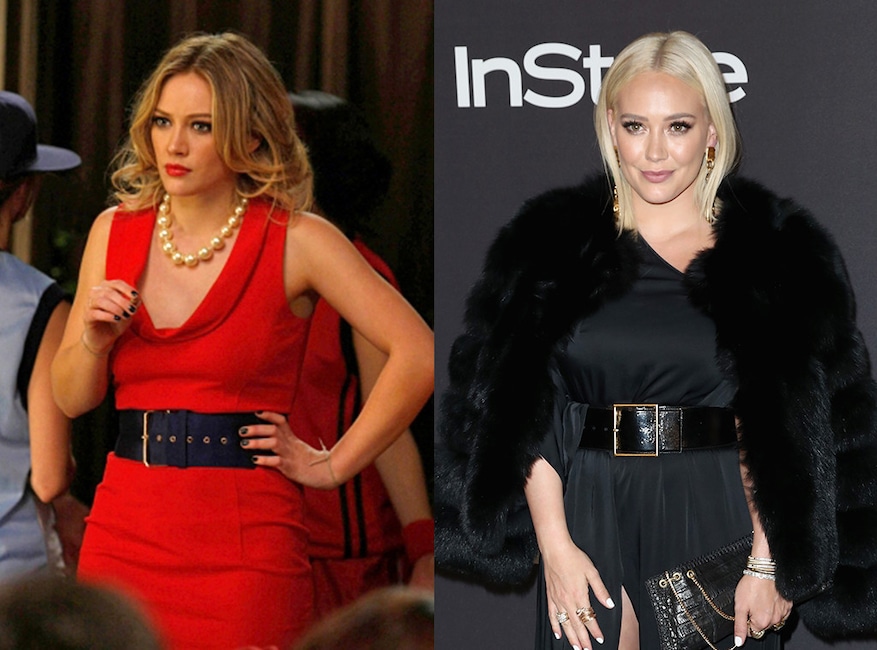 It’s hard to believe it’s been 10 years since Duff made a guest appearance on GG. In her six-episode arc, Duff appeared as Hollywood star Olivia Burke who sparked a romance with Dan while at NYU. 10 years later, Duff is the star of her own hit TV series, Younger. She also recently got engaged to beau Matthew Koma, with who she shares a daughter, Banks. She’s also mom to son Luca from her relationship with Mike Comrie. 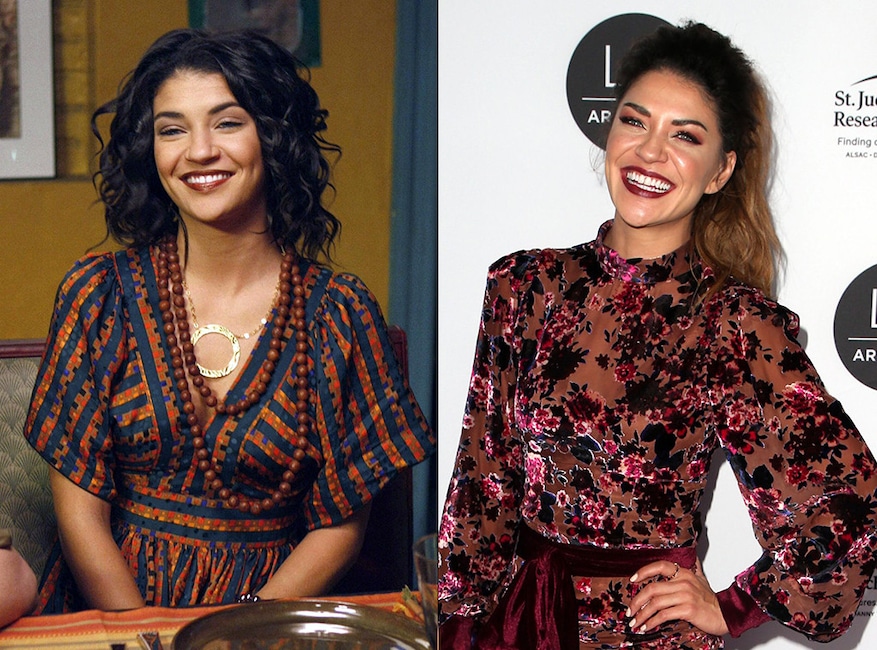 Szohr burst onto the Hollywood scene with her breakout role as Vanessa Abrams in GG. Since that time, the actress has appeared in films The Internship, Ted 2 and Two Night Stand. She’s also been in TV shows Kingdom, Shameless and The Orville.