Fox News’ Quandary: Could Network Be First to Call the Election for Joe Biden?

If Georgia, Pennsylvania or Nevada are called for Biden, the network’s Electoral College count would push Biden past the 270 threshold 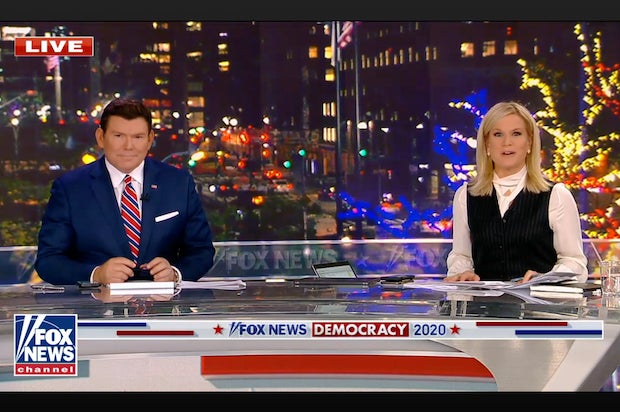 Fox News could potentially be the first major news organization to call the election for Joe Biden.

Late on election night, Fox News’ decision desk was the first to call a Biden victory in Arizona, followed by the Associated Press a few hours later. And though the Trump campaign has publicly expressed its ire toward the network for its Arizona call, as coverage has continued into the third day, the network’s decision desk has stood by its projection.

That means that should Nevada or Georgia be called for Biden next, Fox News’ — and AP’s — Electoral College count would push the Democratic candidate past the 270 electoral votes needed to win the presidency, and the network would be compelled to call the election for Biden.

But as of Thursday afternoon, it’s not likely that Nevada will be called on Thursday, and should Pennsylvania be called for Biden before Nevada or Georgia, most projections — not just Fox News’ — would point to a Biden victory.

Beyond the fact that the early Arizona call could mean that Fox News could be the first to call a potential Biden win, it’s caused a lot of strife in conservative circles simply because it gave the impression that Biden was winning early on.

Trump supporters who demonstrated in Arizona Wednesday night chanted “Fox news sucks” so loudly that an MSNBC correspondent had to address it on-air.

“A lot of people in the crowd are not wearing masks. We’re keeping a respectful distance, but a loud and very boisterous crowd,” said Gadi Schwartz. “They’re actually chanting, ‘Fox News sucks. Fox News sucks.’ The reason why they’re chanting that is because Fox News called Arizona for Biden yesterday and a lot of people are angry about that. We have not called Arizona.”

Cable news viewers are used to Trump fans chanting “CNN sucks” and other anti-media slogans, but as CNN commentator Keith Boykin pointed out on Twitter, “they’re starting to turn on their own.”

Fox News has stood by its call since Tuesday night. Arnon Mishkin, director of the Fox News decision desk, has appeared on-air to tell viewers that the network is not backing down and explain why the call was made.

“We made it after basically a half-hour of debating, ‘Is it time yet?’ because it’s been clear for a while that the former vice president is in the lead in Arizona and was most likely to win the state,” he explained after the call. “It has been in the category that we call ‘knowable’ but not ‘callable’ for about an hour. We finally called it right now. Yes, there are some outstanding votes in Arizona. Most of them are coming from Maricopa, where Biden is currently in a very strong position, and many of them are mail-in votes where we know from our Fox News voter analysis Biden has an advantage.”

The Associated Press is one of the outlets that called Arizona for Biden after Fox News did, so the network isn’t entirely alone in the projection. After that happened, Fox News anchor Martha MacCallum said that “Arnon was right” and “the White House was wrong.”

Donald Trump Falsely Blames “Illegal” Votes, MSNBC Cuts Away As He Claims Without Evidence He Was Cheated