I am the absolute last person to defend an attempt of a Hollywood studio, a superhero movie, or a director and actor so privileged they have the industry and all of its riches at their feet. The budgets of my four completed films range from $40,000 to $5,000,000 — and the budget of my current project hovers somewhere in between. I believe tentpoles have ruined American cinema and the glut of mediocre content in episodic television has made scrolling through titles often as interesting as watching the actual shows.

But I thought “Joker” was a near-masterpiece, an opera of raw, gritty emotion, a stunningly dark and artful gaze into the rich delusion of tragedy. It is not a perfect film, and — as some critics have said — it is dangerous, but it is entirely more dangerous to label it as some kind of call to arms for white rage in this country, or to link the film to the Aurora cineplex massacre of 2012, or to call the film “incel friendly,” which is utterly absurd.

I should know. My third film, “Dark Night,” had everything to do with the Aurora massacre. A fictional meditation on guns in America and 21st century suburban isolation, the film follows a day in the life of six characters who all end up in a movie theater where a massacre takes place.  One of the characters is the eventual shooter, the others are simply people — and the idea was that it should be easy to recognize yourself in all of the characters up on the screen. By the end of the film, we all are sitting in a movie theater together, and the fragility of life hovers over every viewer’s head. There is no violence in the film, which focuses on what happens before a shooting takes place — how we live — rather than aftermath. Whether you’re a young girl looking to make friends, an Iraqi war vet, a selfie obsessive, or a damaged person with unfortunate access to guns, the film is designed to humanize people too often turned into statistics. 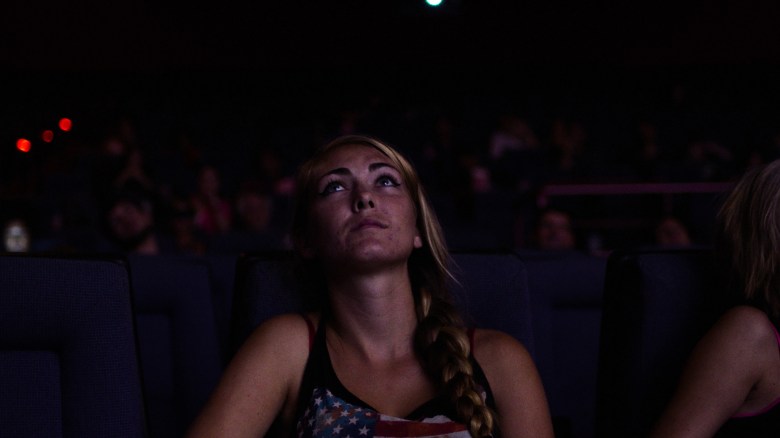 There is a reference to James Holmes’ trial in the film, as well as others to “The Dark Knight Rises” and Batman. Three mass shootings occurred during the making of the film, and we felt the intensity and pain of creating a living document of the time. “Dark Night” was well-received at both Sundance and Venice; it even won some awards. But the film found no champion in the industry to help it become part of international conversations surrounding violence and gun control. It was a film about people getting killed in a movie theater, and no distributor or theater chain wanted that kind of responsibility.  After a tiny distribution deal, and a scathing beatdown from the New York Times, it drifted off to the edge of Netflix where it lies sleeping today. Nobody talked about it.

Since its premiere at Sundance, 67 mass shootings have taken place in America, and one could happen by the time you finish reading this sentence.

As a filmmaker, you make films to be seen by an audience and, hopefully, to be considered and/or discussed long after the screen goes black. It was a devastating experience to watch “Dark Night” become marginalized and ignored. I had purposely worked with all non-actors on the project, so there was a sense of anonymity on the screen rather than that of a recognizable face from some other movie or TV show.  The screen served as a mirror to the viewer. In my frustration, I used to joke that if I had cast Joaquin Phoenix as the shooter and fully shown, rather than hid, bombastic violence, the film would have received a giant distribution deal and people would be talking about it.

Alas, here we are.

And while it’s good that we are talking about “Joker,” we’re talking about it for the wrong reasons. With all respect and empathy to anyone affected by the Aurora tragedy or gun violence in general, this film seems to have literally nothing to do with the Aurora massacre. James Holmes never said, “I am the Joker” before following through with his horrifying deed. If anything, the killing in the movie is more reminiscent of Bernard Goetz’s vigilantism, which I have yet to see mentioned in critical analysis or public outcry.

Gun violence is an epidemic in American society — and I believe that guns should be banned for personal use. Blame policy, but don’t blame this movie. Look around at the countless movies this country makes and tell me that “Joker” is the only one with a gun in it. Far from it. Additionally, I can’t find merit in statements that equate the film as a call to arms for Incels to wreak havoc. That sect typically targets violence against women, and Joker does not target women nor does he show misogynist tendencies whatsoever. (His “love interest” in the narrative is one purely of fantasy, and while there is a moment of threat, she experiences no act of violence.)

I know very little about the Incel community, but one could even argue that it might become more angry and desperate after watching a film that has a perfect, wonderful romance in it, as the inability to connect intimately with the opposite sex is where their deepest frustration lies. Lastly, nobody has criticized Jared Leto’s portrayal of the Joker character or connected the cash cow “Suicide Squad” to real violence over the past few years — not to mention all of the iterations that the character has undergone since Bob Kane and his team created the character in 1948. So why now? 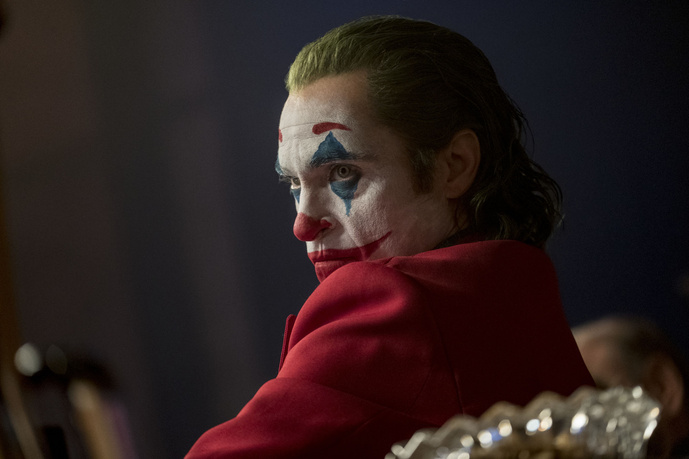 Because, for all of the film’s somewhat hokey superhero movie necessities (too much explanation, a few obvious and clunky plot points, and the requisite garish set pieces), through the writing and Phoenix’s sympathetic portrayal, the film deals with real hurt, with real emotion, with real mental illness. That’s not something mainstream American audiences are necessarily drawn to these days.  Dark isn’t good marketing. What we’re given in the superhero genre is Robert Downey Jr.’s tiresome glib eye roll, and a narrative that illustrates a dependence on a thousand miles of green screen and an audience’s yearning to escape into mindless entertainment. Joker is not like that – and much is at stake because of the filmmakers’ and studio’s decision to create the film the way they did. It’s an important risk by Warner Bros. to follow Phillips’ Joker as a godson of “Taxi Driver” and “King of Comedy.” This vision took extreme bravery. It should be rewarded, supported, not destroyed.

Yet the most disturbing criticism I’ve read and heard about the film so far involves Joker’s sympathetic backstory. He’s too human. But if we recognize his trials in personal terms, it allows us to explore how society takes a toll on many people not wealthy enough to advocate for themselves.

What is wrong with empathy? Why is it wrong to humanize a villain? People may not want to see it in the movies — but they should, because it could help inform how we exist in the real world. Perhaps it takes a blockbuster to convince people this perspective is worth their time. Along with its entertainment value, why shouldn’t this film be about mental illness, or about the lack of social services for people forgotten by society, or about the fact that the one percent have been a major part of the destruction of the fabric of American life?

These are real problems, but when the movies address them we cry foul — or we cry dangerous. But “Joker” isn’t dangerous because it could influence incels or copycats; it’s dangerous because it tries to show something human. That’s what I wanted to explore in “Dark Night,” and I’m glad to see that “Joker” follows suit.

Painting Cows To Look Like Zebras Has A Surprising Benefit