Feminist twist on the tale of a wide-eyed starlet

#MeToo meets Black Swan in this souped-up psychodrama that puts a feminist twist on the conventional story of the wide-eyed aspiring starlet’s encounter with all that is wicked in show business.

Taiwanese actor Wu Ke-xi both wrote the script and stars as Nina, clearly drawing on her own chequered experience to describe humiliating auditions, actors as numbers, directorial bullying and a complicated swirl of jealousies and exchanged identities among the young women competing for roles. 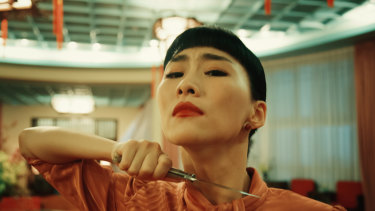 None of this adds up to a political manifesto, however; Nina is an unreliable, possibly deranged narrator and the Burmese director Midi Zi, by deliberately eliding the cuts between “real” and dream images and saturating everything in lurid colour, undercuts any sense that this is about the real world.

Nina is also a curiously aloof figure; it is only at the end that we understand she is ashamed.

AGT: This Teen Exceeded Simon Cowell's High Hopes With Her Cover of "You Don't Own Me"
Recent Posts