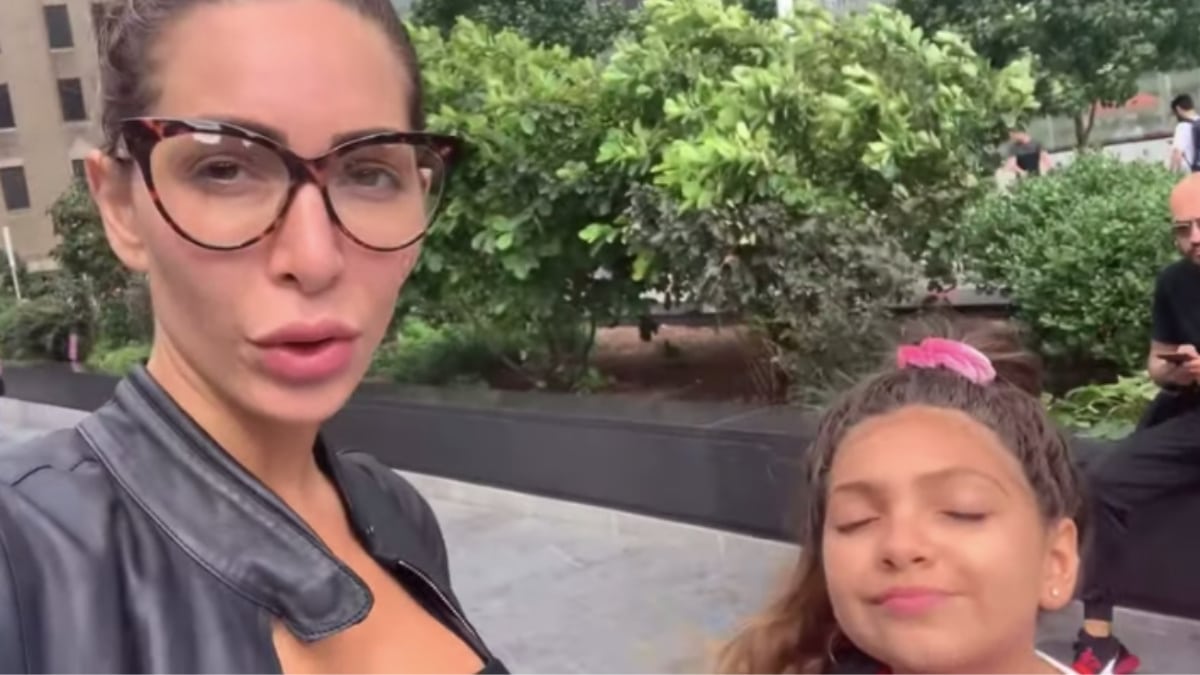 Farrah Abraham wanted to do something nice by creating a video to remember those who lost their lives on September 11, 2001, in the terrorist attacks on the World Trade Centers in New York City. However, just 10 seconds into the video, Farrah accidentally says 7-Eleven instead of 9/11.

You can see the video below from her YouTube channel.

Needless to say, Farrah’s followers were in shock that she would make such a mistake and not catch herself in saying 7-Eleven instead of 9/11. It’s clear that she just wanted to show her daughter a piece of history, but managed to anger a lot of people, especially those who are mourning the loss of family members and friends.

This is an emotional day for many people and the fact that Farrah didn’t immediately catch it and apologize for it as some people furious with her.

TMZ caught up with Farrah and told her about her mistake. She apologized for the video, revealing that it was a blonde moment.

She also noted that Sophia had fun there and it was a great time visiting NYC’s Freedom Tower. But she also made a mistake in her apology video, saying that Sophia definitely enjoyed 9/11. What she probably meant to say was that her daughter enjoyed the Freedom Tower and spending time at Ground Zero, not enjoying the day itself on September 11, 2001.

Farrah Abraham hasn’t been on Teen Mom OG for several seasons, as MTV gave her an ultimatum to stop her work in the adult entertainment industry or film Teen Mom OG. She chose to pursue her business ventures in the adult entertainment industry and hasn’t looked back. However, she does continue to criticize her former co-stars, including Amber Portwood and Jenelle Evans.