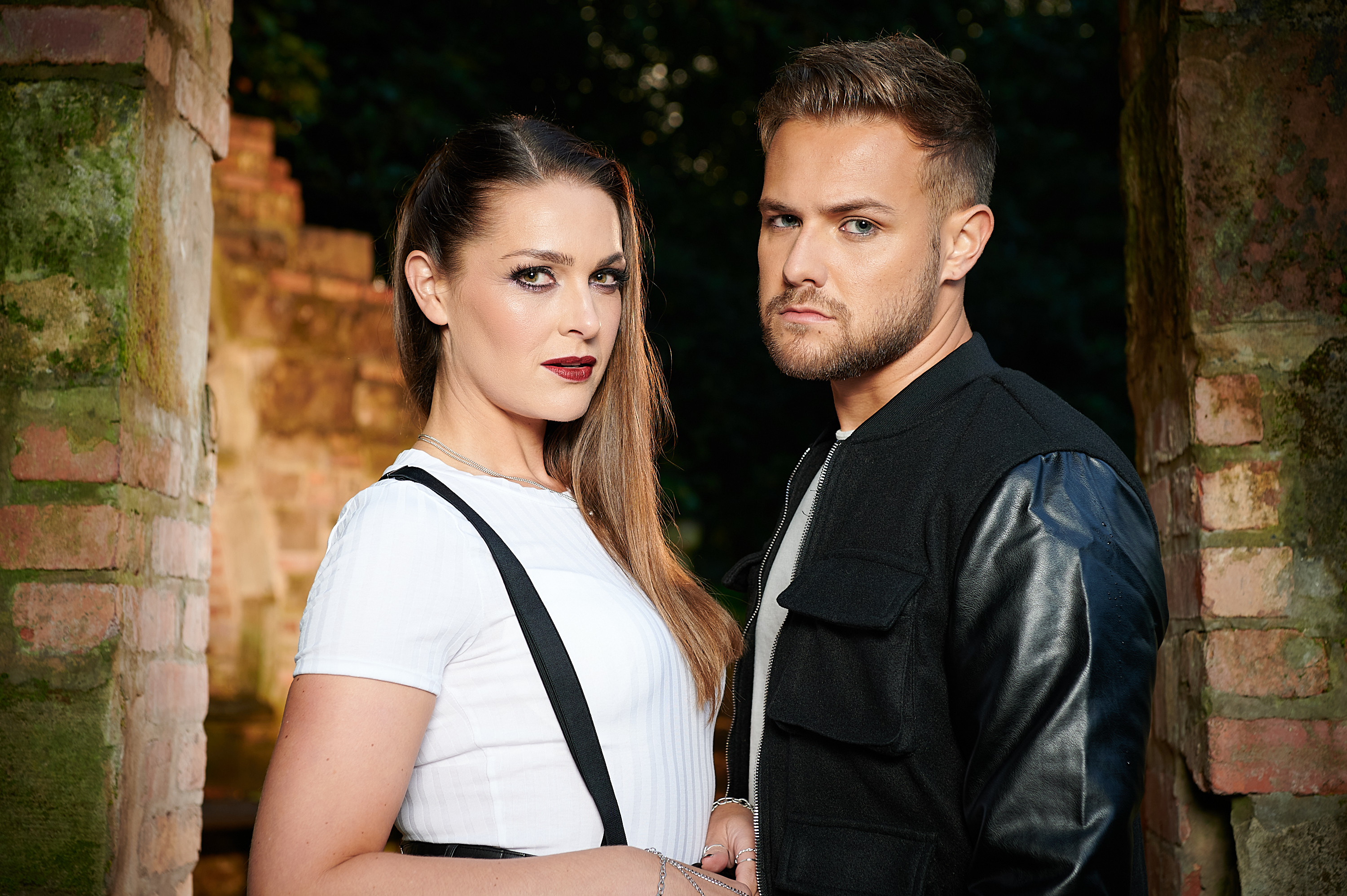 Sienna Blake (Anna Passey) and happiness don’t belong in the same sentence, and Hollyoaks boss Lucy Allan has confirmed to Metro.co.uk that there is more turmoil ahead due to an ‘explosive’ new character.

Fans are well and truly behind the sizzling relationship between Sienna and Ethan Williams (Matthew James Bailey), with chemistry off the walls.

But testing times, from a big mistake from Ethan through to the repeated presence of Warren Fox (Jamie Lomas) in their lives, are already putting on a strain.

And that’s before a newcomer throws the cat among the pigeons in a dramatic new storyline.

‘Ethan and Sienna – what’s not to love?’ Lucy enthused when we sat down for an interview with her.

‘The actors started driving the writing team towards them becoming a couple, and we have delivered on it! Inevitably, you can’t be Sienna and get a happy ever after, it just doesn’t work that way.

‘We wanted to take our time in investing in those two as a couple and getting to know them as a couple.

‘Ethan up against Warren as a stepdad to the kids is really interesting too – anything that’s got Warren in the mix is a really dynamic story.’

One would assume that he would be the key person to drive the wedge and throw everything up in the air.

He soon becomes the least of their worries.

‘It won’t be Warren that comes between Ethan and Sienna this time,’ Lucy teased. ‘It will be a new character coming into the village, with explosive consequences.

‘We see Ethan hatch a plan that is at best misguided and at worst downright dreadful. So big challenges coming for those two as we go through the year but a lot of fun as well.

‘We really missed during Covid the ability to play romance, two metre social distance doesn’t give you that, so it’s been a real joy to build the romance, the tension and the sizzle with those two.

‘I’m hoping they feel like a real couple right now so we can start throwing challenges at them!’

They aren’t the only couple with big turbulence ahead, after Mercedes McQueen (Jennifer Metcalfe) discovers that Felix Westwood (Richard Blackwood) was the one to report Bobby to the police.

‘The Felix and Mercedes love story – how that comes together and the challenges those two will face will be one to watch,’ Lucy continued.

‘How can Felix cope with dating a McQueen? And the challenges of people getting together at that stage and what they want – the reactive behaviour in there.

‘Their inability to keep their eyes purely on one another will be something to look out for!’

You can read Lucy’s full interview by signing up for our free soaps newsletter here.