AN Escape to the Country guest broke down in tears after she shared the tragic truth behind her property hunt.

A recent episode of the BBC One show saw host Ginny Buckley meet couple Ele and Huw, who wanted to find their dream home in Kent.

The couple had a budget of £600,000 and wanted to find a detached three-bedroom property with direct access to a garden and a utility room.

Explaining why they wanted to move from their home in Harpenden to Kent, Huw said: "I had an accident where I fell down the stairs and broke my arm quite badly and that led to some surgery which didn’t work very well.

"There were six months where I couldn’t go upstairs and had to sleep downstairs.”

Ele added that the situation put "a lot of strain" on their relationship, with Huw continuing: "Quite a few months later when we were getting our lives back on track, our first dog Bree unfortunately just had a seizure out of nowhere.” 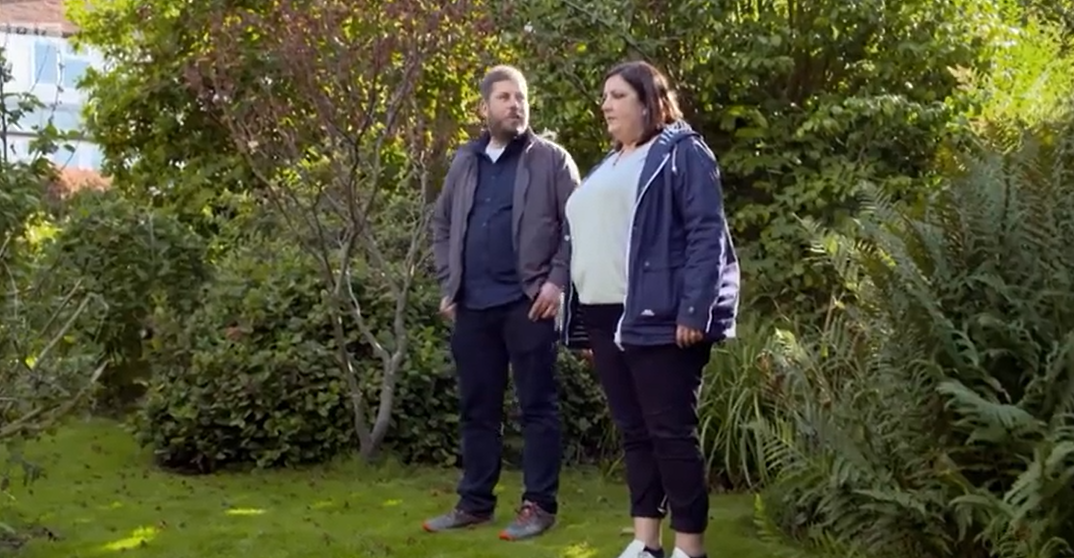 Ele said: “After trying out medication and different treatments we had to make the decision to put her to sleep which is something I will always associate with this house."

Meanwhile their other dog Chips was diagnosed elbow dysplasia, and Ele said: "Our future in this house which we had been planning with our two lovely dogs had gone in a matter of days.

“We thought we’d just sell the house and just make a whole brand new start somewhere else and take it from there.”

The couple visited a couple of properties with Ginny but fell in love with the mystery house.

Ele said: “The mystery house has absolutely given us so much to think about.

“Everywhere you look there’s something else to see. The outside space is what we said was going to make the difference and this place is unbelievable.

“It’s almost like a magical garden. This garden brings with it a sense of joy, it’s a real happy garden.”

Fighting back the tears she added: “I’m getting a bit emotional, sorry but I guess that what’s we really need our new happy place.”

At the end of the programme, the couple told Ginny they had decided to arrange a second visit to the mystery house to make sure it was their forever home before putting an offer in.

Escape to the Country airs weekdays at 3pm on BBC One.