The 71st annual Emmy awards announced their nominations, with the usual mix of the familiar (Better Call Saul‘s Bob Odenkirk, Veep‘s Julia Louis-Dreyfus, the behemoth that is Game of Thrones) and intriguing fresh faces/choices (Barry‘s Anthony Carrigan, our beloved Fleabag, Catherine O’Hara and Eugene Levy for Schitt’s Creek!). Looking at the list as a whole, they did a pretty good job — which is not to say that, per usual, the voters didn’t made some unforgivable errors and omissions. They did. Trust us. Here are the 10 biggest snubs and WTF facepalms from today’s nominations.

Rhea Seehorn for Better Call Saul
Emmy voters clearly watched the fourth season of AMC’s brilliant Breaking Bad prequel, given that they nominated it for Best Dramatic Series and gave it four acting nods: Bob Odenkirk, Giancarlo Esposito, Jonathan Banks, and Michael McKean (for guest actor). But they couldn’t find room for arguably the season’s best performance overall? Did they really have to nominate four women from Game of Thrones? It pushed out several deserving nominees, none more so than Seehorn, who made Kim Wexler one of the most complex characters on any show in 2018. She is 0-for-4 when it comes to Emmy nominations. It’s getting downright depressing. 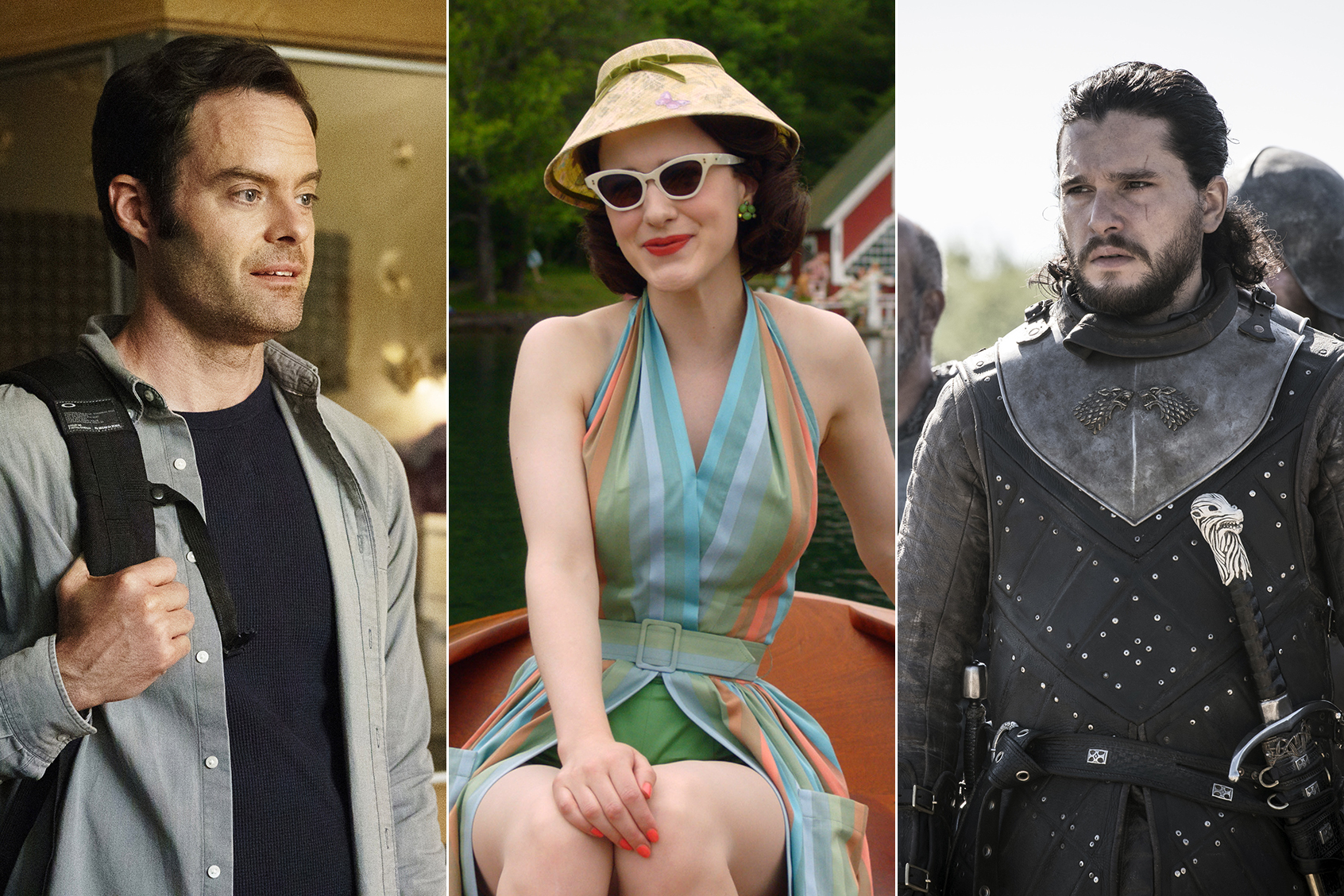 The cast of Deadwood: The Movie
Listen Hoopleheads, we understand that the Limited Series/Movie categories were rich with acting gold this year. Still, it’s a crime that not a single member of the cast of David Milch’s poignant return to his Western masterpiece received an acting nomination. You chose to slide it into Best Movie (where it should win). But you also could have picked from around a half dozen perfectly deserving nominees from the ensemble, including Timothy Olyphant, Gerald McRaney, Paula Malcomson, and Robin Weigert. The one that hurts the most, of course, is Ian McShane, who stepped into the morally complex shoes of Al Swearengen as if he never left them. You may insert a classic Al profanity tirade of your choice here.

Homecoming
Want a mystery that’s even more difficult to solve than the twisting one at the core of Amazon’s hit drama? Here you go: How does a show from a prestige streaming service by an Emmy-nominated creator with an Oscar-winning lead show up completely empty-handed on nomination morning? Zero nominations for Homecoming in the thin dramatic acting categories is, frankly, baffling. Julia Roberts, Stephan James, Bobby Cannavale, Shea Whigham — none of their names would have been surprising to pop up on nomination morning. We demand an investigation. Preferably one taking place out of chronological order.

Ramy
The Television Academy has been increasingly progressive in the comedy categories, nominating creator-driven visions like Master of None and Atlanta in recent years. But they missed the opportunity to give a bump to one of 2019’s best shows this morning. Ramy Youssef’s semi-biographical look at growing up Muslim in the era of Tinder and legal weed is heartfelt, poignant, surreal and downright hysterical. Even if the series category was too crowded to nominate something this relatively unheralded, you could have taken the chance to nominate Youssef for Best Actor. Please get this one right next year.

The cast of Succession
The Television Academy has a habit of going in deep for ensembles from shows they’re going to nominated for series, hence the multiple acting nods for Game of Thrones, Killing Eve, and Better Call Saul. So what the hell happened here? How do enough Emmy voters watch HBO’s next great show to get enough votes for it to slide into Best Dramatic Series, but not a single cast member gets cited for being a part of one of the best ensembles on TV? Brian Cox, Kieran Culkin, Matthew Macfadyen, Sarah Snook, Jeremy Strong, J. Smith-Cameron – at least they can all drown their sorrows together until next year when there won’t be that other HBO show to take up so many of the dramatic acting spots that they’ll have to pick at least one Succession star.

Richard Madden for Bodyguard
Huh? The Golden Globe winner for Best Drama Actor and the main reason that the series-nominated Bodyguard works as well as it does missed the cut? That can’t be true. That may not be the biggest nominating crime of this year’s Emmy morning in terms of overall quality but it might make the least sense. You can’t watch and like Bodyguard and not like Richard Madden’s work here. Maybe voters thought the arc wasn’t as dramatically challenging as some others, but then they weren’t really looking at how much Madden brings to the show overall. He’s going to be a huge star in the very near future and missing this year’s widely-predicted Emmy nod will just be a very small bump in the road. It’s still a weird bump though.

Anyone not named Ted Danson from The Good Place
We love that the best comedy on network TV finally got a series nomination, but this is becoming an annual problem. Ted Danson is a living legend. But why can’t we spread the Good Place wealth? We’re three seasons in now and that’s two nominations for Danson and — checks notes — none for the rest of the regular cast? (At least Maya Rudolph got another guest nod.) William Jackson Harper? Kristen Bell?!?! The real crime was skipping D’Arcy Carden for Best Supporting Actress. The nomination co-announcer had a brilliant season-three episode in which she basically imitated the rest of the cast to perfection. She offers that kind of comedy master class on network TV and you’re going to make her announce her own snub? Sorry. You’re all going to the Bad Place.

Better Things
The third season of FX’s daring comedy was structurally ambitious and incredibly confessional on the part of its creator/star Pamela Adlon. And the Television Academy, who had nominated Adlon for the first two seasons, looked at this show that is unlike anything else on TV and said, “No thanks.” Snubbing Better Things across the board is one of those annoying things that makes the Emmys look like they value safe, predictable TV over shows that take honest risks.

Stephen Dorff for True Detective
HBO had a very good nomination morning (137 total!) but they have to be a little disappointed about the performance of the well-received return of True Detective, landing only a nomination for Oscar winner Mahershala Ali but missing out in the series and supporting actor categories. Stephen Dorff grounded much of this season with a performance that felt fully three-dimensional, keeping a story that always felt one scene from spinning out of control from doing so. Yes, it was crowded, but you should have made room for Roland West.

Anyone but Betty Gilpin for GLOW
Sigh. Is it ever going to be Marc Maron and Allison Brie’s turn? For the second year in a row, the wonderful Betty Gilpin was the only acting nominee from Netflix’s ensemble hit, which also surprisingly missed the cut for series after a nomination for its freshman year. Look, we love Gilpin, but Brie was overlooked for Community and the pattern seems to be continuing. And Maron continues to do yeoman’s work on a series that knows exactly how to bring out the best in him as an actor. To quote the name of his podcast: WTF?!