Emmerdale's Isabel Hodgins on why she avoids 'negative' social media

The actress, who is best known for playing Victoria Sugden on the ITV soap, decided to ditch Twitter after realising that focusing on the opinions of other people was ‘detrimental’ to her.

Appearing on Loose Women on Thursday, Isabel, 27, shared how she copes with online trolling and insisted she finds it easier not to be on social media.

‘I think if it’s going to be detrimental, the best decision – I think – is to just not be on it,’ she explained.

‘It will just manifest itself into parts that you weren’t even aware. We don’t necessarily get performance reviews with work, we just turn up and do your job, so it’s just online where people have opinions, good or bad.’

Speaking honestly, Isabel said that she would ‘overthink’ about what other people would have to say about her onscreen. 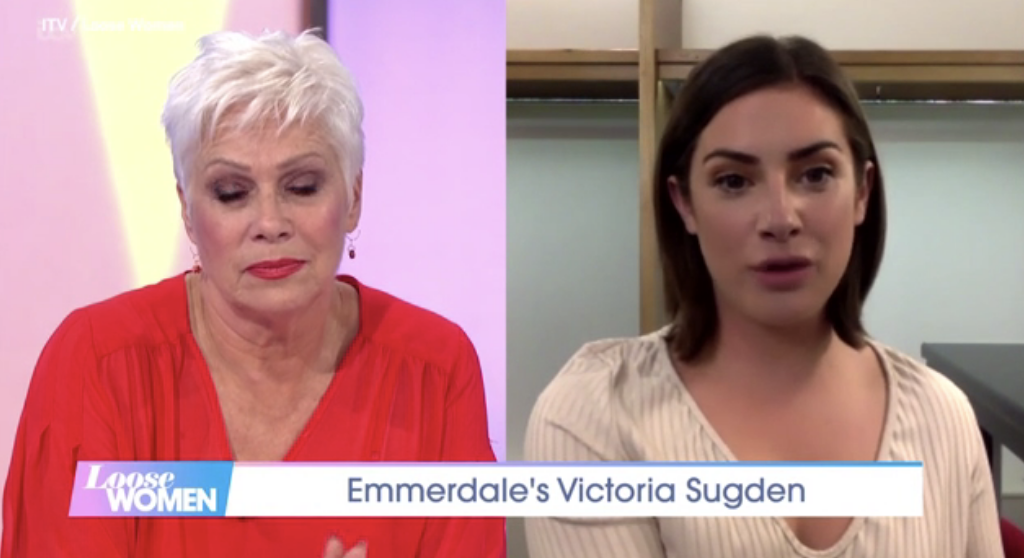 ‘It’s not what I want to be doing,’ Isabel admitted. ‘I want the freedom to be able to walk into work and make the choices that I want to make.

‘That’s a lot easier done when you don’t have these voices or things you may have read online interfering with that.’

She said: ‘It’s always the negative we latch onto and that’s not a place I want to be on.’

Emmerdale viewers have been on the edge of their seats as scenes saw Russ (Rob Jarvis) holding ex-partner Wendy (Susan Cookson) and Victoria at gunpoint – demanding that Victoria hands over her inheritance money.

A new trailer reveals that David Metcalfe (Matthew Wolfenden) will be pulled into the situation, but when asked if it will become deadly for one character, actress Isabel made sure not to give anything away.

As Loose Women host Kaye Adams quizzed: ‘Can I ask if anyone makes it out alive?’ a coy Isabel responded: ‘No. No, you can’t.’

She did, however, reveal how she prepares for such dramatic scenes during filming and said: ‘You just need to throw yourself into it and hope for the best and see what comes out.’

Live out your Bridgerton fantasies with this Regency-inspired afternoon tea