Bernice (played by Samantha Giles) has been supporting her sister, Nicola King (Nicola Wheeler), through her mental health storyline on Emmerdale recently after the character was attacked by a group of girls. Alongside this, she has also been searching for Mr Right after several unsuccessful attempts at love over the past year on the ITV soap. However, if her colleague Mandy Dingle (Lisa Riley) ends up dead in the coming weeks, it seems the finger of blame could be pointed at the mother of one.

The drama for Bernice could come as part of Mandy’s ongoing mission to oust Sandra Flaherty (Joanne Mitchell) as the thief at the salon.

Sandra has already made Bernice one of her targets, having suggested the beautician didn’t put any money in the tip jar a couple of weeks ago.

Viewers know this was a lie as Sandra pocketed the money for herself but Mandy was curious about whether Liv Flaherty’s (Isobel Steele) mother was telling the truth or not.

Therefore, she installed CCTV cameras in the salon and when Sandra caught on to this, she had to try and find another way of getting money.

This is where Rishi Sharma (Bhasker Patel) became involved as after spending the night with Sandra, he was forced to pay her off to stay quiet about their night together. 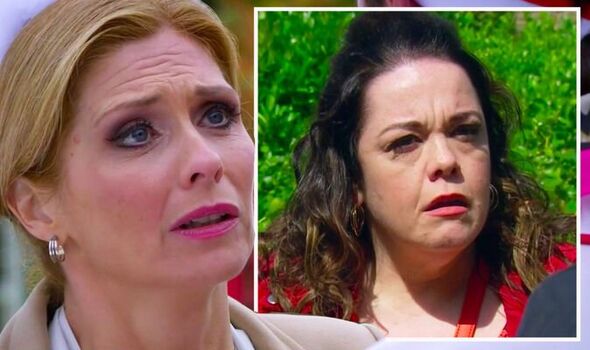 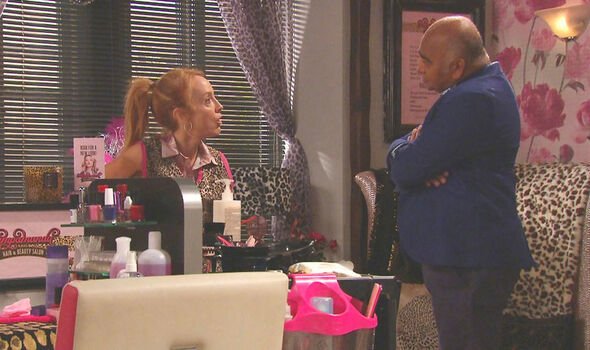 When he returns to the salon next week, Sandra continues to blackmail him as she wants to take him for everything he’s worth.

This includes her telling him she will tell the village how he ploughed an alcoholic with drink and then ended up coaxing her into bed.

With all this going on under the roof of the salon, Mandy becomes suspicious of what is going on between the two characters.

Voicing her curiosity about Sandra to Bernice, Mandy explains she is going to set out to prove she is right about the thief.

Although Bernice might be a background character to all this initially, she could become the very focus of the storyline. 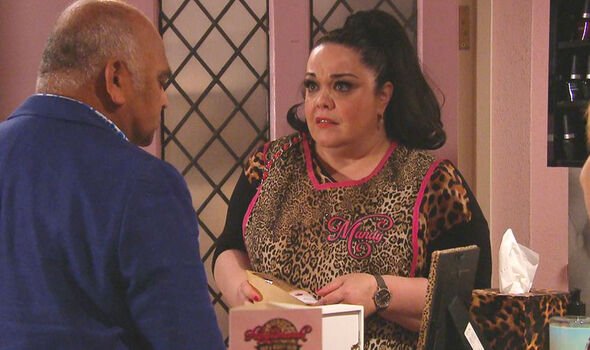 So looking forward to it

This is because if Sandra ends up killing Mandy, she could use Bernice as a pawn to ensure she isn’t caught by the police.

Knowing Mandy was sharing her suspicions about her with Bernice, Sandra could explain to the authorities she overheard an altercation at the salon earlier that day.

She could say how Bernice was fed up with Mandy’s wild accusations and told her they could no longer work together if she wasn’t going to let the matter drop.

As the row became psychical, Sandra could explain how Bernice pushed Mandy away from her but it was just a little too hard.

Mandy could have fallen back and hit her head on the desk and the extent of the trauma could have killed her instantly.

In reality, it could be Sandra was actually Bernice in this situation and she was the one rowing with Mandy in the salon.

With the conversation getting heated and the thief unable to lie her way out of trouble anymore, she would have known she had to silence Mandy.

Thinking on the spot, Sandra would have known if she made it look accidental, that she could blame someone else for the murder.

As Bernice pleads her innocence, the authorities could believe she is the culprit they are looking for thanks to Sandra’s evidence.

But will Sandra really get away with murder or will her downfall come later down the line?

The actress who plays Sandra, Joanne, has spoken about her character featuring in scenes with Bernice and Mandy stars, Samantha and Lisa, respectively.

Joanne explained to Express.co.uk and other media: “I am so looking forward to it!

“And Bernice for good measure, because she’s fantastic as well. It’s so much fun because there’s so much to play with.”

Discussing how her alter-ego is fed up with Mandy’s vendetta to expose her, the actress added: “It’s worrying for her and I think it does play on her mind because I think she sees Mandy as a very strong, formidable character who is very influential with Vinny, obviously, and with Liv.

“So she’s got to keep her on her side and I think that’s worrying for her and it plays on Sandra’s mind.”

Joanne continued: “It’s not destroyed her; she’ll always find a way out.

“This woman is a survivor so she will find a way of turning it all around and she’s confident enough in herself to do that – which is exactly what she does. She tries to win her around in other ways.

“I think she might have underestimated Mandy. I think she does know of her and who she is before she comes to the village.

“She doesn’t know enough about her but from living with Liv and working at the salon she’s watching all the time; she’s watching how much influence she has.

“If someone finds her out, she’ll think of the answer and she’ll come up with some sort of statement that will hopefully get her out of trouble,” she said but could this be blaming Bernice for murder?

Big Brother Recap: Which Houseguest Was Shown the Back Door in Week 5?