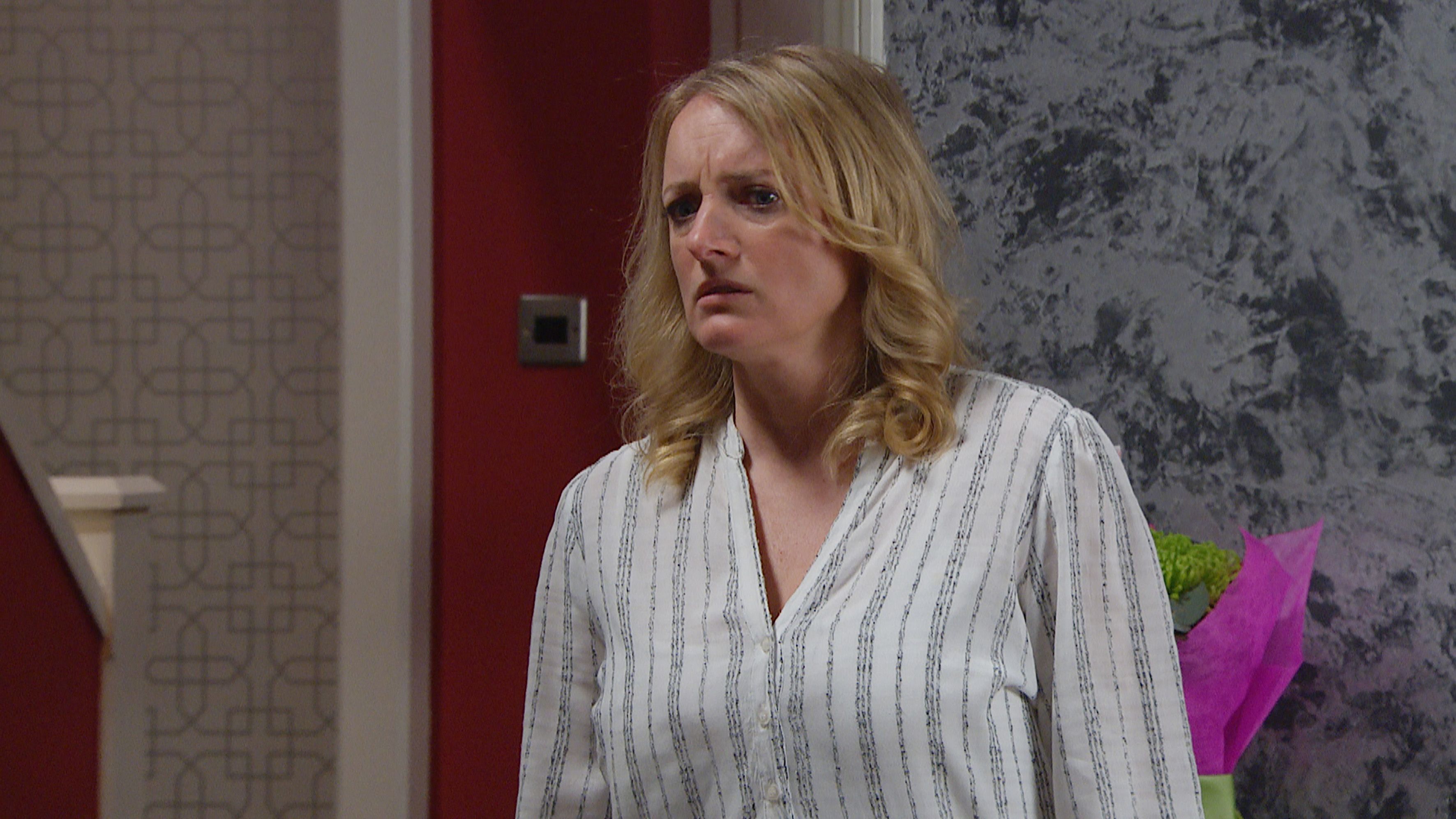 In a glimpse of how Emmerdale storylines evolve from first being pitched to finally appearing on screen, star Nicola Wheeler, who plays Nicola King, has revealed that for a story she’s currently central to there were three different endings filmed.

Viewers saw Nicola being brutally attacked by a gang of girls in disturbing scenes back in June. Since then Nicola has had flashbacks, panic attacks and agoraphobia as she became terrified that the girls would find her again.

In upcoming episodes her fears come true as she recognises one of the girls – but in a twist it’s Naomi (Karene Peter), the daughter of vicar Charles (Kevin Mathurin), who has recently come to the village to get to know her father and brother.

‘When the story was first pitched Naomi wasn’t part of it,’ Nicola told Metro.co.uk. ‘But then the character of Naomi was coming into the show and I think it was Jane [Hudson], the exec. producer, who came along and said, “Why don’t we link the two, so we can bring her in via this way as well?”’

Because Naomi’s role in the story was still being finalised at that point, Nicola says different versions of the story were filmed.

‘We filmed three endings of whether Naomi was just looking, whether she was indifferent to the attack and whether she was apologetic and wanted to help me,’ she reveals. ‘When Karene first came in I don’t think they knew which angle they were going. They knew it was a girl gang, they definitely knew that, but they didn’t know what angle they were going to play it from her point of view.’

As Nicola realises that her new colleague in the cafe is actually one of the girls involved in the attack she goes to the police, facing opposition from Charles and Ethan (Emile John) for doing so and causing massive ripples in the village that are set to play out over the coming weeks.

‘We know this goes into the autumn,’ Nicola says. ‘If a crime gets reported there have to be further ramifications.’