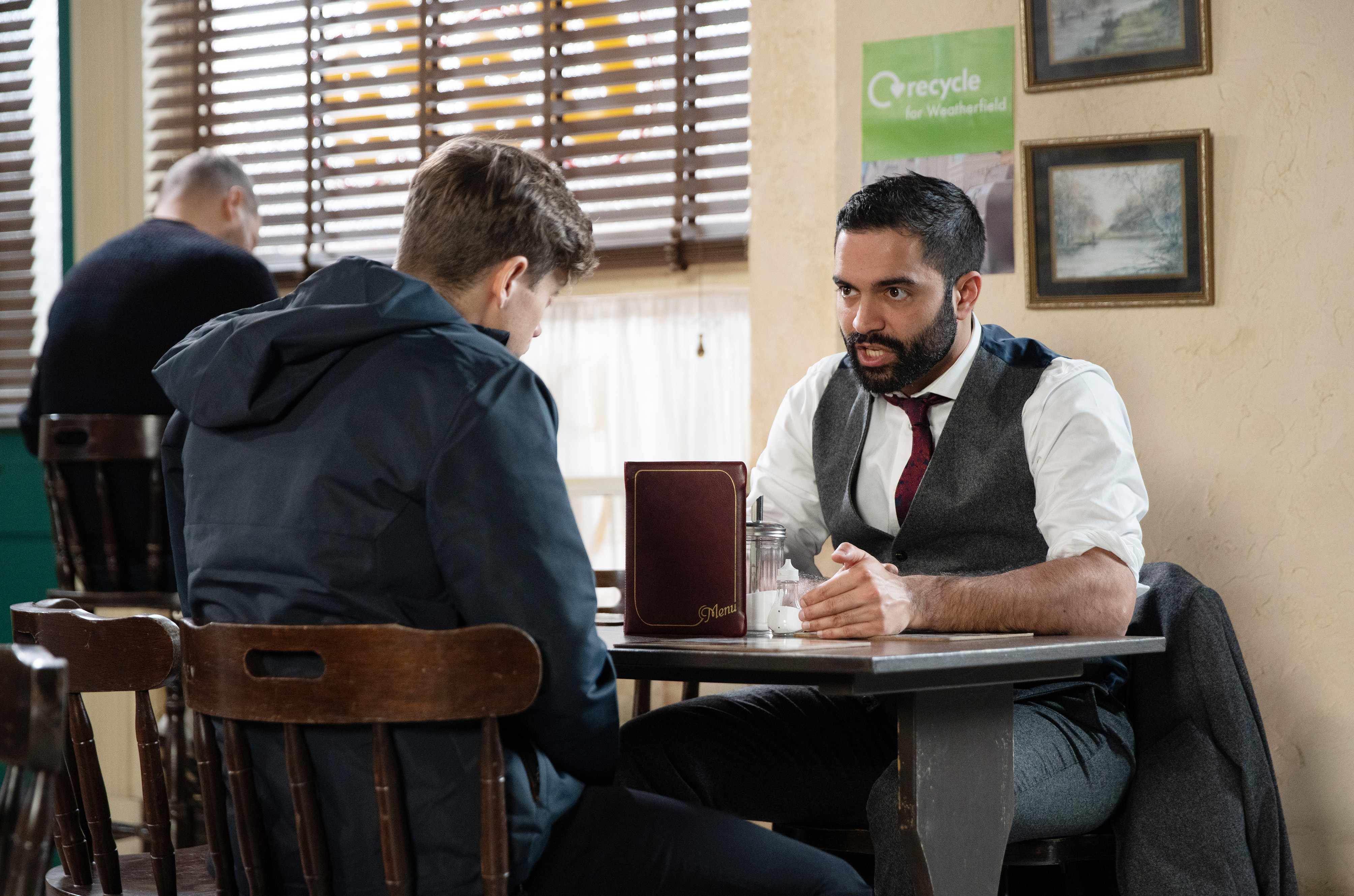 Jon-Paul – who appeared in the Dales needing wedding advice from Gabby (Rosie Bentham) back in 2020 – will play the role of Ben Chancellor, a dodgy paralegal.

With Imran determined to get full custody of baby Alfie, he’s set to play dirty by enlisting the help of Ben, who often alters evidence to help clients get the result they want.

Imran will ask Ben to find proof that Abi (Sally Carman) is using drugs again so he can use the evidence to win in the custody battle.

This is causing a huge problem for Abi, who can’t afford an expensive legal team and is desperately trying to stay clean.

These dramatic scenes are set to air soon, all part of Charlie’s final storyline as Imran.

‘Imran is forced to look in a mirror and consider himself and the man who he is – he could go to the dark side’, Corrie boss Iain MacLeod recently teased.

‘It’s a big buried bomb just waiting for people to end up in the blast radius. It won’t be for months but the way it happens is very surprising.

‘It’s big and shocking and it’s the last thing you’d expect from something this way. It turns into a gobsmacking cataclysm.

‘It’s intimate but the shock will make people fall off their chairs. It’s no secret that Sally is a fantastic actor, rightly awarded, so it’s exciting to keep her and draw in Mike, Georgie, Charlie. Smack them in the middle of something colossal.’