Emmerdale has been teasing the Wild West charity event for weeks and tonight viewers tuned in to see the village gather in their outfits and play out the murder mystery.

While the event got off to a stellar start for the majority of residents, things quickly turned sour for Victoria Sugden (played by Isabel Hodgins) when Lee Posner (Kris Mochrie) turned up on her doorstep.

Last night’s episode saw the rapist return and issue a demand; £10,000 and a public apology and he will leave Victoria and her baby alone forever.

After a night of no sleep, Victoria came to the decision to pay Lee off if it meant safety and freedom, and with the help of brother Robert Sugden (Ryan Hawley) and Diane Sugden (Elizabeth Estensen), Lee returned to collect the cash.

But the outcome was not what they expected as Lee ended up in the back of an ambulance, after being knocked unconscious by Robert.

As the police arrived, Robert began to panic, but no matter what he says, it seems there is a witness who could blow his whole cover story.

Scenes during the double bill saw Lee provoke Robert which in turn angered him.

“All that was fun wasn’t it?” Lee goaded and Robert stated calmly: “No, no it really wasn’t.”

“Well sometimes no doesn’t mean no. Just adds to it. Is it really rape when they love it as much as your sister did? And I even gave her a nice little souvenir to remember me by. Bye uncle Robert,” Lee continued and then turned on his heel. 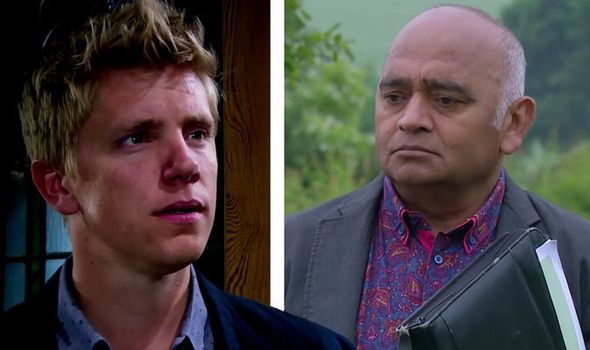 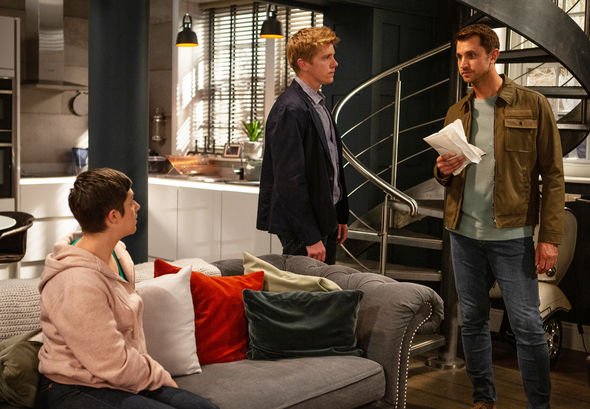 What he didn’t realise was Robert had followed him out of the house, furious with his comments.

Grabbing him by the scruff of his neck, Robert threw Lee against a wall, hitting him in the stomach.

With Lee crashing to the floor, Robert screamed: “Get up! Get up!” After a few seconds Lee got to his feet and violently attacked Robert: “Come on! Your sister fought harder than this!”

“You’re not walking away from this,” Robert shouted and Lee replied: “Oh but I am and £20,000 richer; baby maker, money maker I wonder who the next lucky lady is going to be.”

Turning around, Lee grabbed the cash and began to walk away, but in the corner of his eye, Robert saw a shovel and seized the opportunity to destroy him once and for all. 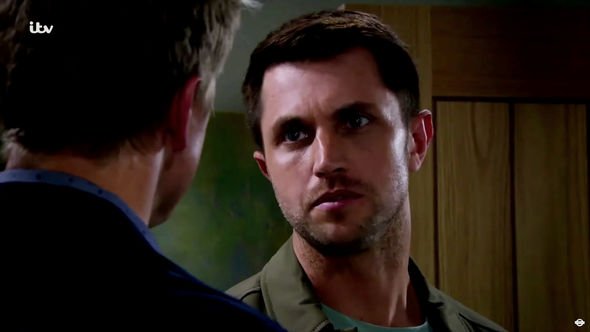 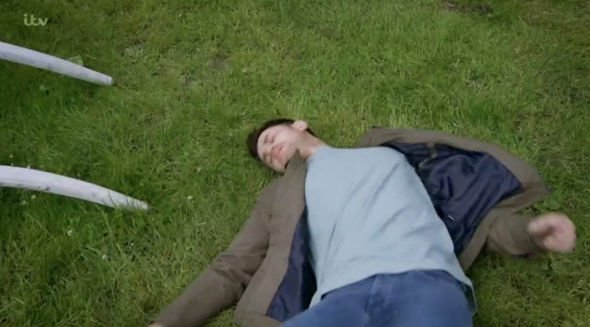 Smashing him over the head, Lee dropped to the ground and didn’t move.

Running out of the house, Victoria witnessed the whole scuffle, and so did Diane and Rishi Sharma (Bhasker Patel).

Victoria struggled to get a pulse, and then Rishi came running and shouted: “Everybody! Yeah, there’s a dead body.”

In the next scene, doctor Manpreet Sharma (Rebecca Sarker) had arrived and was assessing Lee’s lifeless body.

Bending down to talk to her, Rishi innocently commented: “I thought it was all part of the game.” 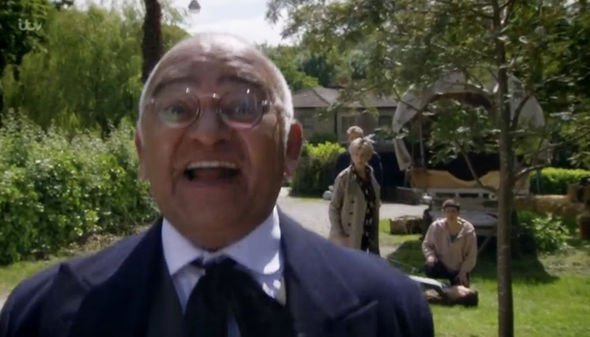 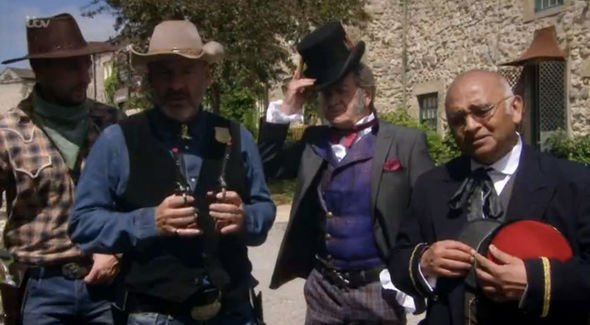 When Aaron Dingle (Danny Miller) arrived, he had a quiet word with his husband and told him to tell the police Lee had hit him first and he responded in self defence.

Having been metres away from the ruckus, Rishi will definitely be pulled in for questioning by the police, who, no matter the outcome will want to investigate the incident.

Will he tell the truth and therefore put Robert at risk of being caught out?

As for whether or not Lee will recover or survive, viewers are going to have to tune in to the next episode to find out.