Emmerdale spoilers: Luke Posner ‘forced’ out of the village after Lee’s secret exposed

Emmerdale resident Victoria Barton (played by Isabel Hodgins) has fallen for Luke Posner (Max Parker) in recent months despite her initial revelations over their potential relationship. With the pair having now settled into their honeymoon period, it seems the boat will soon be rocked as some “secrets” come out between the pair on the ITV soap – but could it mean Luke ends up being driven out of the Dales?

Victoria and Luke have sealed their relationship in recent months after the former had finally managed to get over her concerns of getting involved with the newcomer.

Fans of the ITV soap know Luke is the brother of rapist Lee Posner (Kris Mochrie) who died as a result of an attack from Victoria’s brother Robert Sugden (Ryan Hawley).

Although Victoria and Luke soon struck up a solid bond, the former found the prospect of being intimate after her ordeal too difficult for some time.

But with Luke having continued to act as the doting uncle and loyal friend to Victoria, she started to open up her life to him. 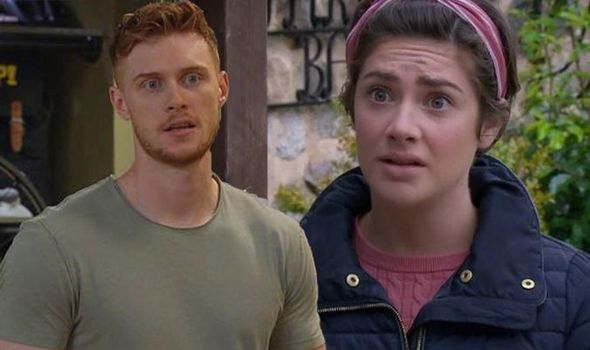 Earlier this year, the pair professed their love for each other and things to be going swimmingly.

However, it soon sets to be destroyed once more as Series Producer Laura Shaw revealed there would be huge “secrets” to come out.

“We’ve got a really big fun Christmas coming up,” Laura teased to Express.co.uk and other press.

“It’s jam-packed full of romance, disaster, comedy, heartbreak, shock twists and turns and a huge secret is going to come out in a truly magnificent way that’s going to make everybody gasp, I promise you. 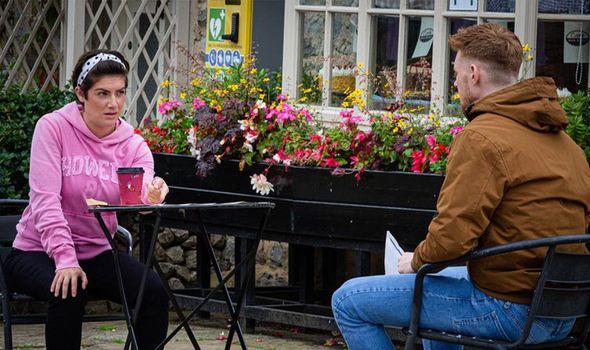 “We’ve got more secrets revealed between Luke and Victoria that’s going to have a big impact on their relationship.”

So, what will the future hold for Victoria and Luke?

It’s likely there are secrets to be revealed will come out from Luke’s past as it was a contentious issue as to why he moved to the village in the first place.

Luke and Victoria’s relationship has been a long time coming but with the former’s link to his girlfriend’s attacker, it has proved difficult in some ways.

It’s also not known how aware of his brother’s dangerous behaviour Luke is and how close they were as siblings.

With much about Luke’s past yet to be revealed, is it possible he has some very dark secrets hidden away?

Actor Max has previously hinted his character’s dad could end up onto the Dales as his past could be explored.

“I’ve always wanted to explore that. He’s rarely spoken about, so there must be family tension there.

“I want to know if Luke’s dad is like him or like Lee – and why he’s not around,” he told Inside Soap.

It’s taken Victoria a lot to trust Luke due to the difficult circumstances but if she finds out something dark about the brothers, she could have to take drastic action.

Will Luke be forced to end up leaving the village for good if things for Victoria reach the end of the road?

Pirates of the Caribbean: Johnny Depp ‘to be replaced’ by Zac Efron in PREQUEL movie