Emmerdale spoilers: Liam Cavanagh reveals truth about his past as Bernice finds evidence?

Emmerdale residents Bernice Blackstock (played by Samantha Giles) has been embarking on a romance with the local GP Liam Cavanagh (Jonny McPherson) and up until recently, their relationship has been going strong with the pair now living together with their daughters.

That was until the beautician started digging for information on Liam’s deceased wife, and with Nicola King (Nicola Wheeler) in her ear about something dodgy happening to her, Bernice is going to make a dark discovery.

In recent scenes, Bernice found a balaclava mask in Liam’s briefcase and when she called him out on it, he said it belonged to a friend.

But what excuse will the doctor have for the latest items the sisters find?

Determined he is hiding something, Bernice and Nicola find the opportunity to rifle through Liam’s belongings and when looking in his briefcase they find a shirt.

Thinking nothing of it other than being a change of clothes, Nicola will open it up and see blood all over the fabric, and as well as that, a scalpel falls out.

Exchanging worrying looks with one another, Bernice and Nicola strongly believe Liam is up to something sinister.

Will they pluck up the courage to ask Liam what is going on?

Fans of the soap have been taking to Twitter over the past few weeks to discuss this mysterious storyline.

One said: “There’s something suspicious about Liam… he was married to Maya Stepney [Louisa Clein] after all #Emmerdale.”

Read More: Emmerdale spoilers: ‘Baby died because of me’ Lydia Hart confesses to killing her child? 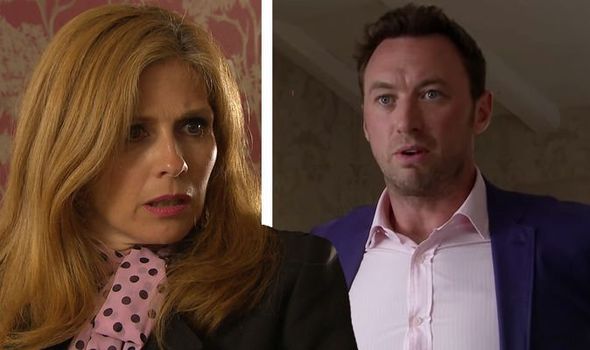 “Liam is a dodgy bloke… Why the balaclava? Bet he’s buried his dead wife #Emmerdale,” someone else wrote.

Another questioned: “Liam doing a spot of B&E [breaking and entering] on the side? #Emmerdale.”

Elsewhere in the Dales, Victoria Sugden (Isabel Hodgins) is preparing to put her house on the market.

Viewers have seen the Woolpack chef have a very turbulent year after she was raped during a night out in Hotton back in May. 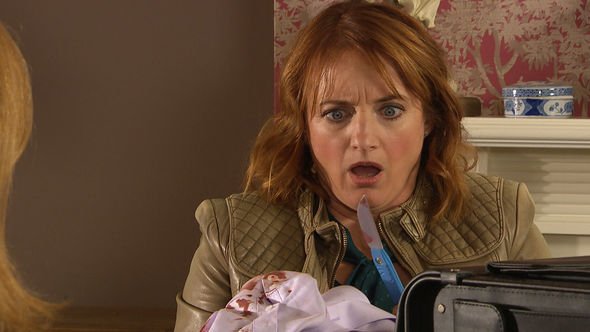 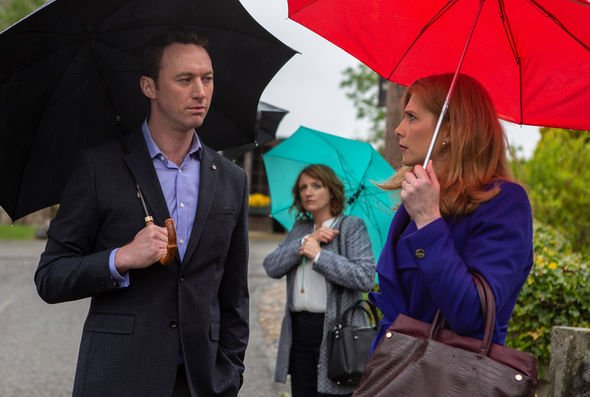 Liam is a dodgy bloke.

Subsequently, she has found out she’s pregnant with Lee Posner’s (Kris Mochrie) child, and after his mother Wendy (Susan Cookson) turned up in the village several times out of the blue, Victoria has decided she cannot run the risk of living in the village and not knowing when she will be faced with the harrowing ordeal and has therefore decided to find somewhere else to live.

In the meantime, Victoria could be considering legal action against Lee and Wendy in order to protect herself and her baby.

Express.co.uk spoke exclusively to a solicitor who specialises in family law about the possibility of Victoria stopping Lee and Wendy having access to her child legally.

Elsewhere in the Dales, viewers are wondering what’s next for Lydia Hart (Karen Blick) after she confessed to being Jenny Finn, the mystery young mother of the baby buried underneath the secondary school.