Emmerdale spoilers: Harriet Finch locks herself in a cellar as Charles discovers secret?

For months now, the ex-copper turned village vicar (played by Katherine Dow Blyton) has had a lot to deal with as her life slowly spirals out of control. Following her involvement in the death of DI Malone (Mark Womack), things have just gone from bad to worse for Harriet. In recent weeks she made the decision to step away from the church despite new vicar Charles Anderson (Kevin Mathurin) trying to persuade her to stay.

In scenes set to air next week, another big storyline is in store for Harriet as she locks herself away in a cellar.

The vicar has struggled to forgive herself ever since she helped Dawn Taylor (Olivia Bromley) cover up DI Malone’s death.

As she is overcome with guilt, Harriet decides to go to the police station to confess to her crimes just as PC Mike Swirling (Andy Moore) arrives in the village.

He later explains to Will Taylor (Dean Andrews) that Harriet seemed distressed and upset at the station as she ranted about a body. 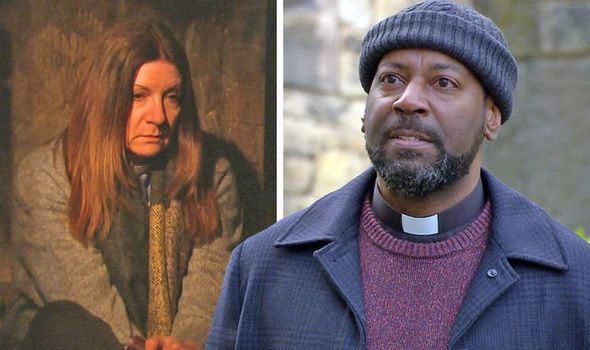 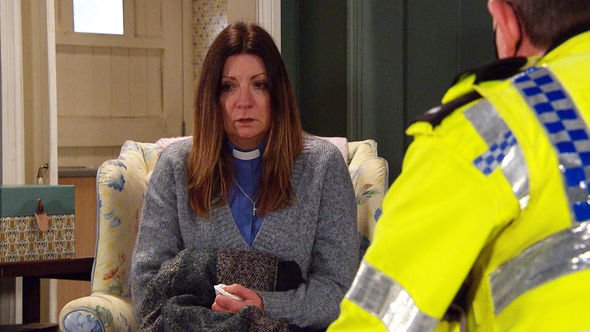 Will quickly comes up with a cover story to PC Swirling, explaining that Harriet was referring to a body that was recently exhumed at the graveyard.

Little does the police officer know that Will was covering his own tracks as he was the one who moved DI Malone’s body from the graveyard.

Later on, Harriet insists that she needs to be punished and begs Will to help silence her. But, is it because she is worried that new vicar Charles will find evidence of DI Malone’s body?

He then goes on to tell the villagers that the vicar has gone away on a church retreat, when in fact, she has locked herself away in a cellar. 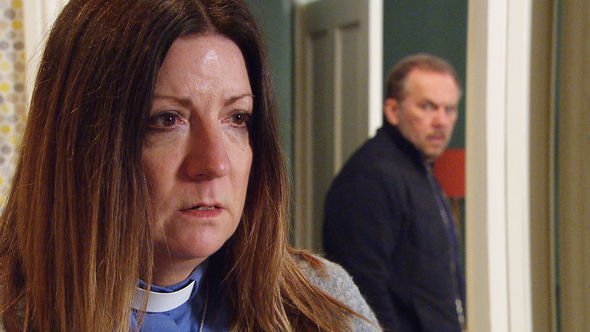 Speaking about her latest storyline, Katherine Dow Blyton told Inside Soap that she didn’t even know they had a cellar on set.

She began: “It’s on location in the village, and I’ve been filming in there for the past few weeks – it was minus-five degrees.

“It was very dark and dingy, and they told me that the cobwebs were fake, but I wasn’t completely convinced about that.

The actress went on to discuss the burden that her character has had to “carry around for all this time”.

“It’s absolutely horrific, really,” she continued. “And I think, in a way, Harriet is trying to absorb all of that to try to keep Dawn safe, because Dawn has an awful lot to lose if this all comes out.”

“Will just thinks that Harriet has lost her marbles,” Katherine added.

“However, it’s what she needs, so he reluctantly agrees to do it. To him, it’s completely insane and he doesn’t understand it. But, I mean, Will has to support her whether he wants to or not, because they’re all in this together, aren’t they?”

With only a bible and some food, Harriet is determined to cut herself off from everyone as she believes it’s the only way to repent for her wrongdoing.

Will is concerned for the vicar and worries how long Harriet is going to punish herself, but she can’t give him a definitive answer.

Viewers will also question Will’s motive as he decides to hide Harriet’s mobile phone in a drawer.

Could he be harbouring another dark secret?