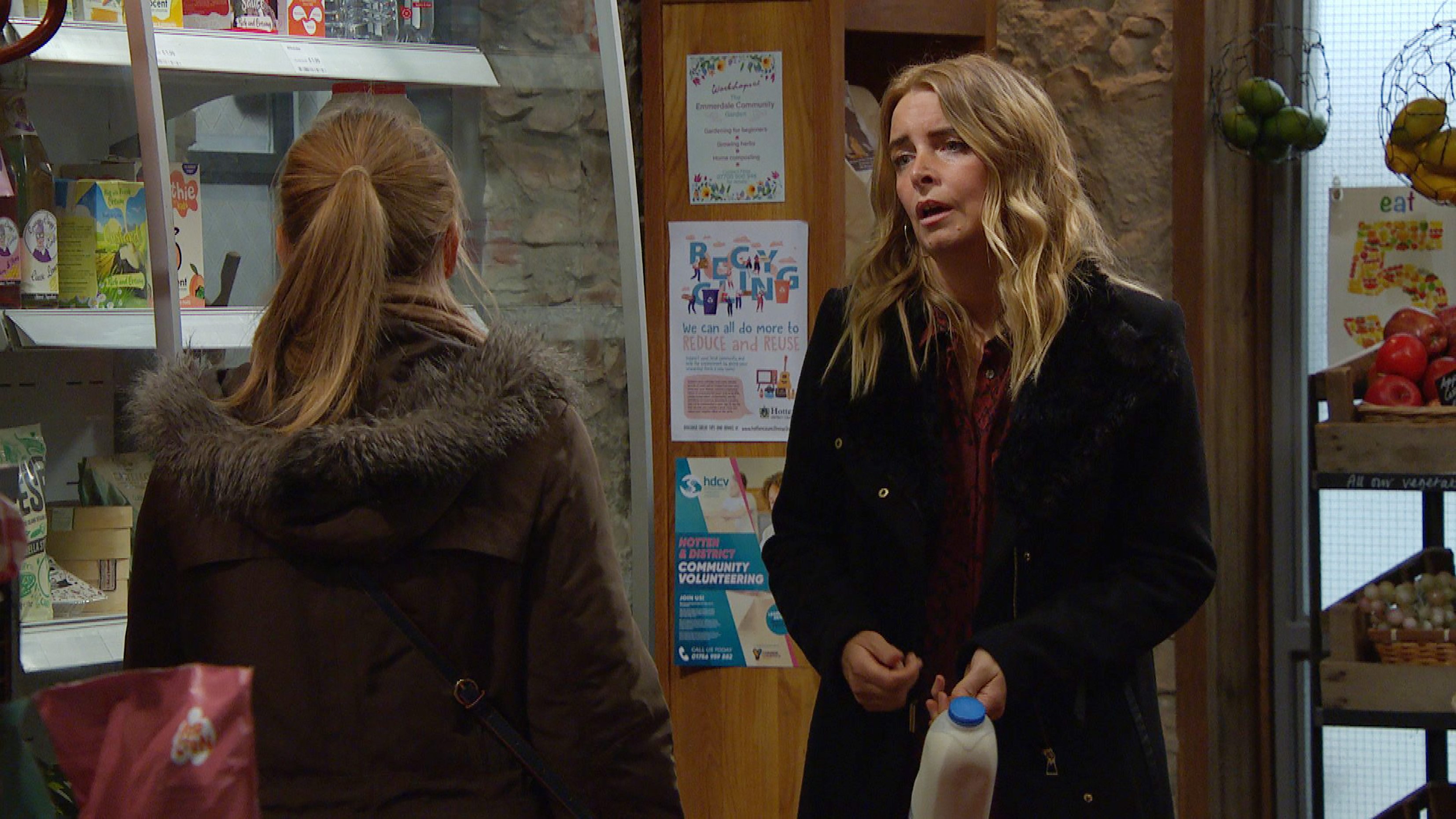 It was a dark day for Emmerdale fans when much loved couple Charity Dingle (Emma Atkins) and Vanessa Woodfield (Michelle Hardwick) split up, through no little fault of self destructive Charity to be fair.

Vanessa evacuated herself from the village, stung by the betrayal, and things appeared to move on with Charity expecting she would never see her fiancee again.

As time has gone on, Charity has taken herself into the questionable direction of trying to fall for Mack Boyd (Lawrence Robb) although the ‘L’ word hasn’t come naturally to her.

Vanessa being back has thrown the sheep among the fields and it’s instantly clear that there is unfinished business where Charity’s feelings are concerned.

Right now, it seems like there may be no way back but the show’s producers have suggested there may be light at the end of the tunnel.

Boss Laura Show told Metro.co.uk: ‘Vanessa is back – hooray! Obviously, that is going to set the cat amongst the pigeons for Mack and Charity. Will we see Charity and Vanessa back together in 2022, or will we see Vanessa head off in a new direction maybe?

‘I think it’s going to be time for people to decide whether they are team Vanity or team Mackity.’

Most already have to be honest, but we’re certainly not against this crossroads for the characters.

But another element will also be thrown into the mix

Laura continued: ‘Charity is also going to be affected by some heartbreaking news involving Ryan that is going to see some huge emotional scenes play out between mother and son and this is going to have some influence over Charity’s relationship.’

Will it be Vanessa who is there to support Charity?

After all, she is one of few people who Charity feels safe baring her soul to…