Belle (played by Eden Taylor Draper) was left rocked to the core earlier this year on Emmerdale when her mother Lisa Dingle (Jane Cox) returned to the village to tell her family she was dying.

Shortly after her mother and father Zak Dingle (Steve Halliwell) tied the knot at the request of Lisa, the latter passed away, leaving her family utterly heartbroken.

Although the troubled character was distraught by her loss, later episodes on the ITV soap saw the youngster building chemistry with village heartthrob Ellis Chapman (Asan N’Jie).

It seems the pair will become an item in upcoming scenes but with Ellis set to leave the village the coming weeks, will Belle be left heartbroken once again?

Scenes earlier this year saw Ellis help Belle train for a 5k and although all seemed innocent, the youngster’s brother Billy Fletcher (Jay Kontzle) noticed a spark between the pair.

Ellis will finally pluck up the courage to ask Belle out on a date, to which the latter will be pleased with following her unfortunate past with romance.

Belle’s last relationship was with serial killer Lachlan White (Thomas Atkinson) and was tormented by the young villain when he returned to screens earlier this year.

After months of heartache for Belle and Ellis trying to move on from his harrowing stabbing ordeal, a romance is exactly what the pair need.

However, it seems the young love will be quashed as Ellis star Asan had his contract with the soap terminated earlier this week following an altercation with actor Jamie Lomas at Monday’s TV Choice Awards.

With the character’s exit imminent, Belle will surely be left heartbroken yet another romance hasn’t worked out. 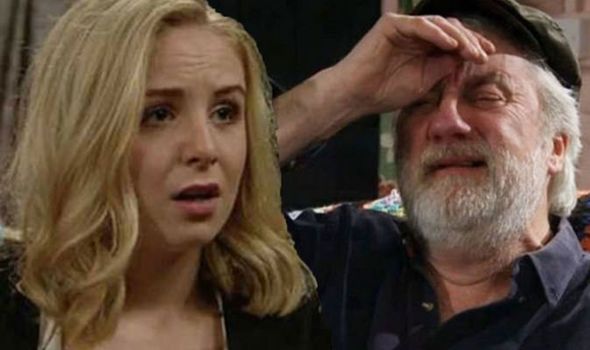 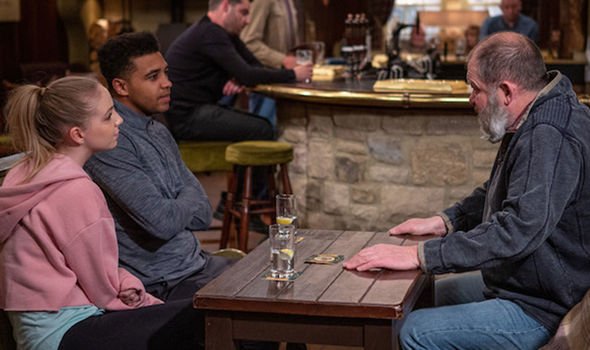 Although there have been reports Ellis will be leaving alongside his mother Jessie Dingle (Sandra Marvin) who is also departing the soap, Asan’s exit storyline has not yet been confirmed.

Could Belle be the catalyst behind Ellis’ exit as she breaks up with him?

Whatever happens, Belle will have the support of her cousin Mandy Dingle (Lisa Riley) who returned to the village during last night’s double-bill.

Mandy was thrown straight into the action as she stumbled upon Jessie kissing her ex and Ellis’ father Al Chapman (Michael Wildman), despite being married to the returnee’s cousin, Marlon Dingle (Mark Charnock).

Net week however, Mandy will be have to focus on her own troubles as she and son Vinnie Dingle (Bradley Johnson) harbour a secret from their loved ones. 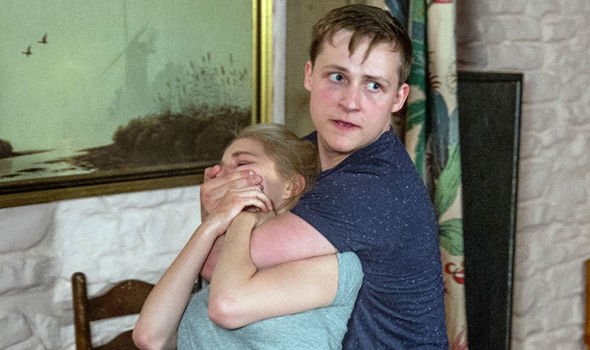 Hope you all enjoy

Upcoming scenes will see the pair trying to search for a bag, before being rumbled by Chas Dingle (Lucy Pargeter).

The contents of the bag will be revealed as a stash of stolen cash and casino chips, with Chas exposing Mandy’s dodgy dealings to the family.

Fair to say, the Dingle clan won’t be too happy as Mandy has been scrounging money from her loved ones since her return to the village.

Viewers will have to wait and see what becomes of Mandy and her secret, but ahead of her return, actress Lisa posted on Twitter hinting at the trouble her character will get up to.

Lisa told her 116.5k followers: “GOOD MORNING EVERYONE! today’s the day after nearly 18 years away, I’m elated to say #mandydingle is BACK TONIGHT in @emmerdale @itv 8.00pm she’s going to have a sprinkle of EVERYTHING happiness, fun, manipulation, camp, intrigue, laughter, and much more!!! Hope you all enjoy.”

Unbelievable: A Timeline of the Real-Life Events That Inspired the Netflix Series

Get Busy Living, Because The Shawshank Redemption Is Returning to Theaters in September
Recent Posts