The village baddie – played by Lawrence Robb in the ITV soap – has been busy causing trouble since he moved to the Dales in October. 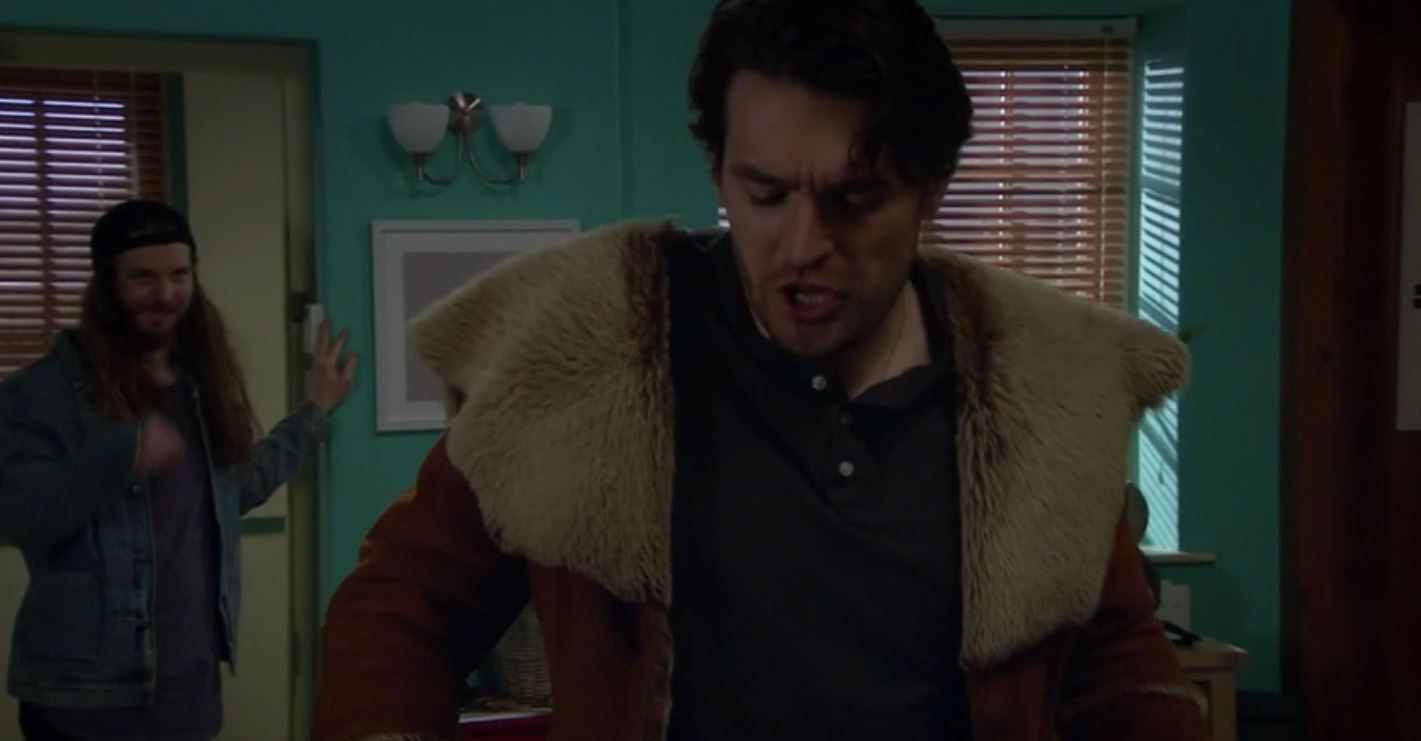 Most recently he stole a brooch off Eric Pollard (Chris Chittell) and Brenda Walker (Lesley Dunlop), however the prime suspect of the crime is Aaron Dingle (Danny Miller).

His pal tried to put the piece of jewellery back, but was caught by Eric and he's now decided to press charges.

Mack, who was prancing around his house in Eric's late-wife Val's favourite coat, came up with a cunning plan to change Eric's mind.

He's going to blackmail him and say he'll never get to see the coat again, unless he drops charges. 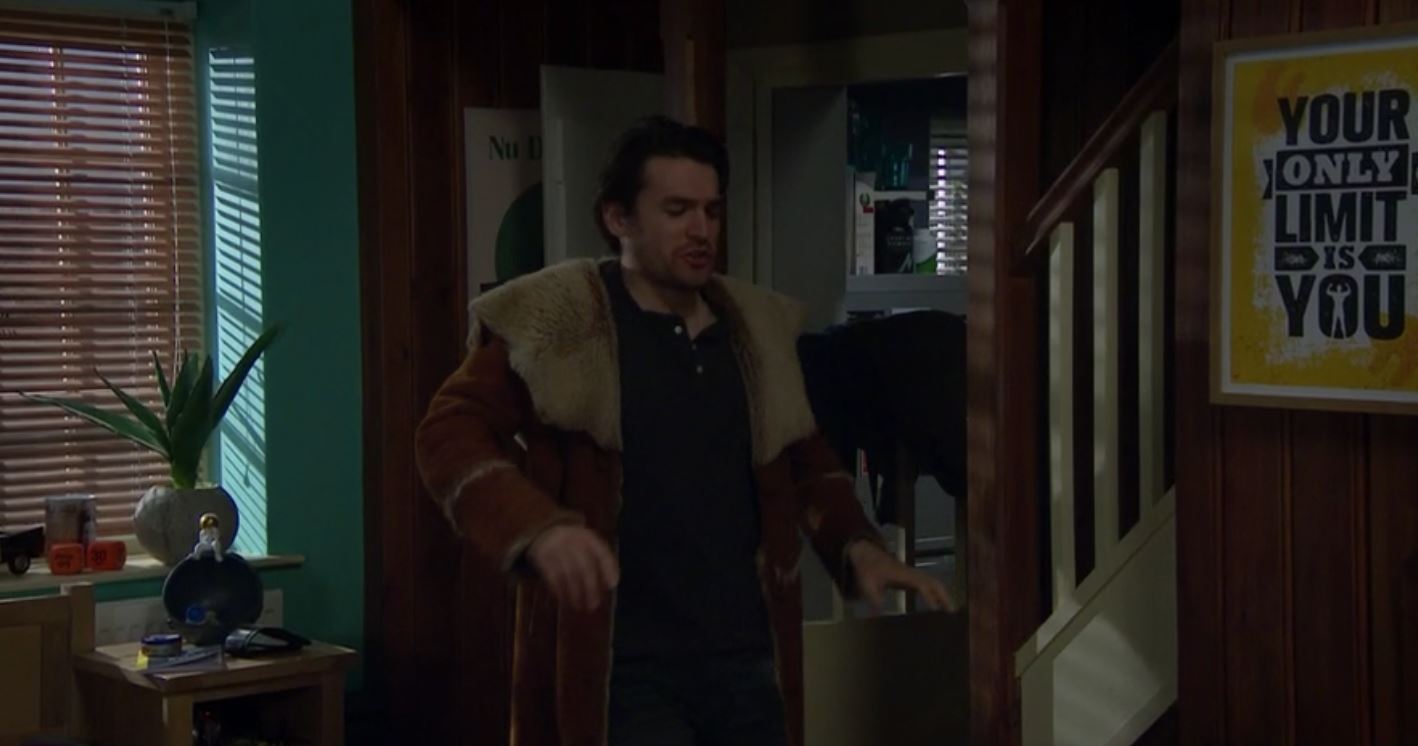 Clearly happy with his plan, the crook started dancing and singing a round the house to popular song Valerie, when Ryan Stocks (James Moore)walked in on him.

An embarrassed Mack asked: "How long have you been here?"

Although Ryan found the performance hilarious, fans of the hit show flocked to Twitter to show their appreciation of his good looks and amazing singing voice. 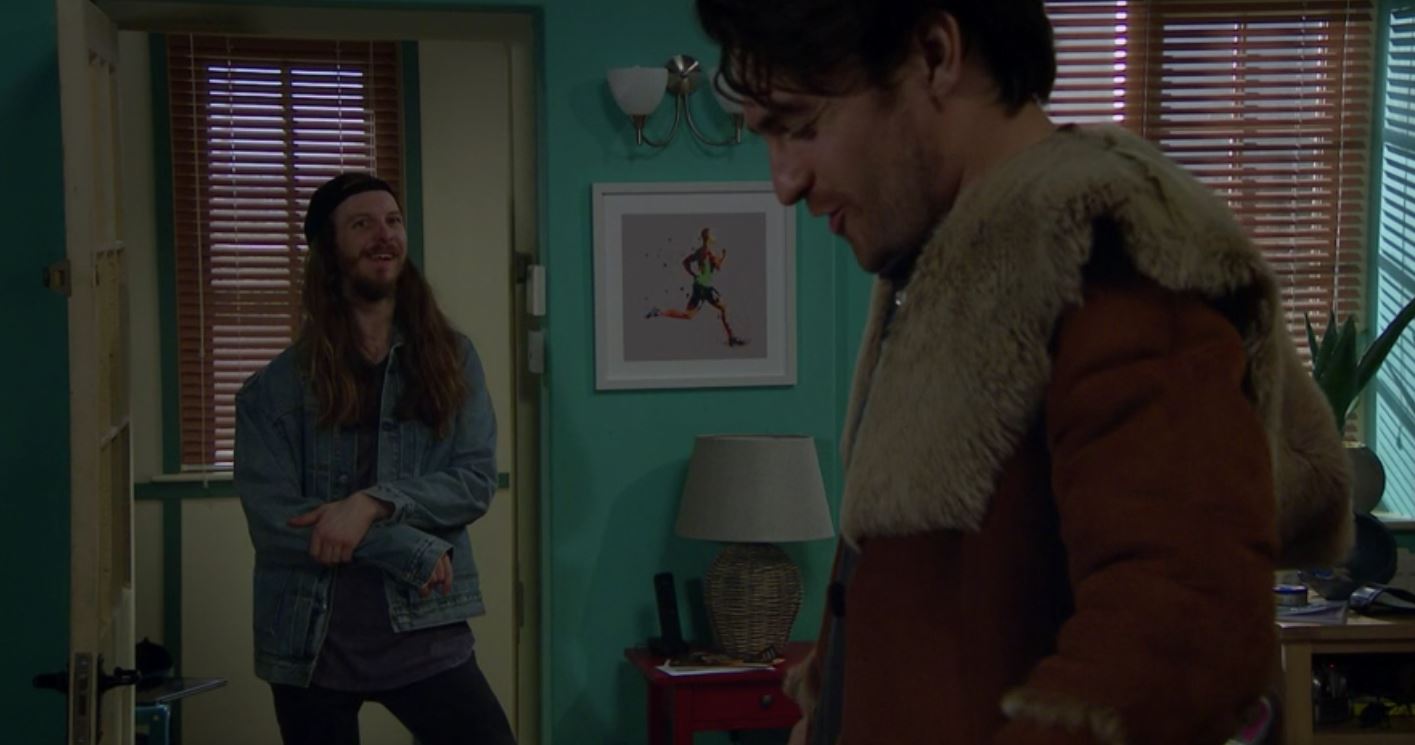 Another said: "Mack performing to Valerie has just made me fancy him even more if that’s even f***ing possible #emmerdale."

A third added: "#Emmerdale Please can we have more Mackenzie's singing scenes? He’s got a decent set of pipes on him

A fourth chimed in: "Well who knew, Mackenzie actually doesn't have a bad singing voice #Emmerdale."

Another fan wrote: "Mackenzie’s actually got a good voice #Emmerdale." 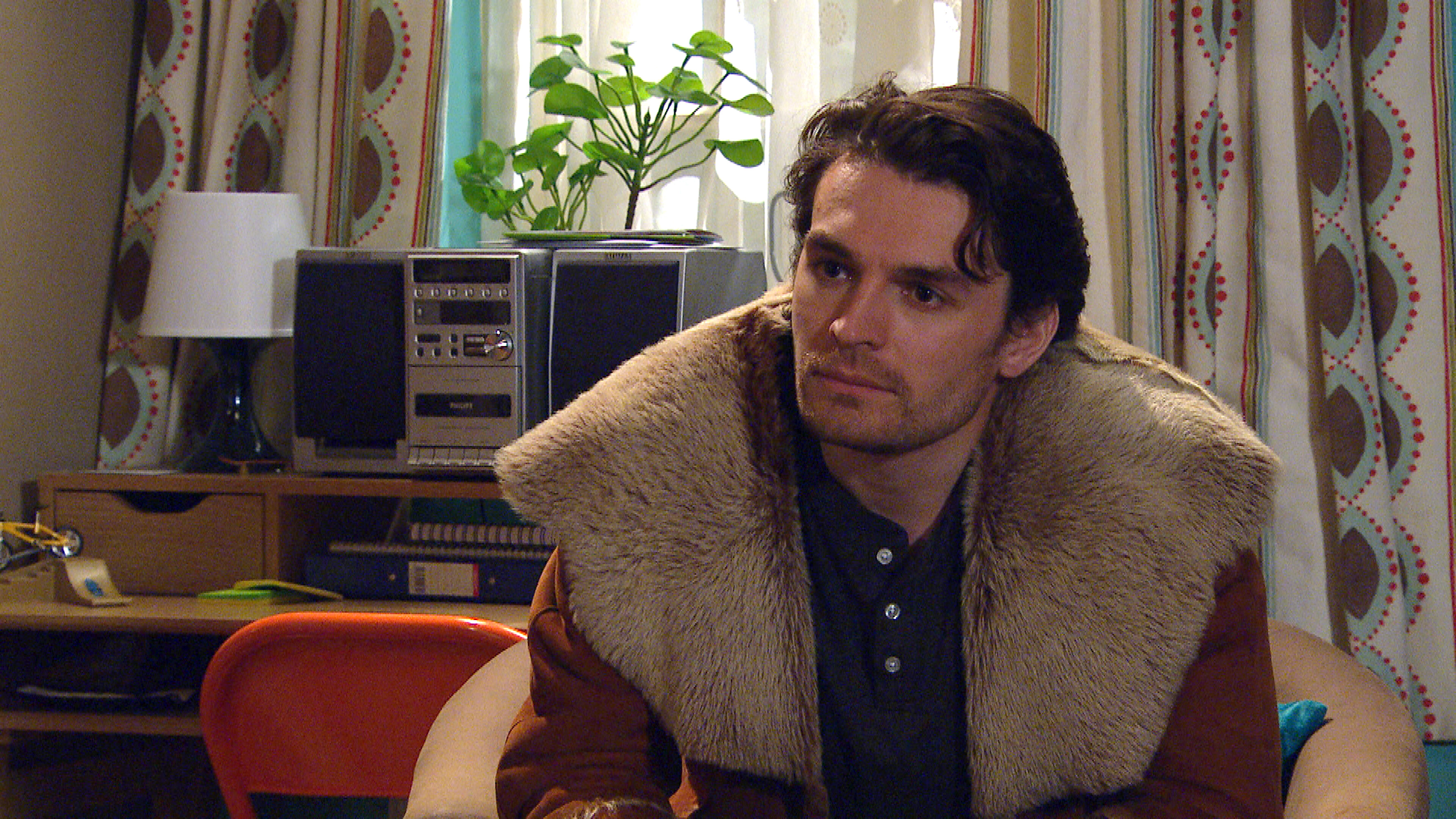 A sixth said: "MacKenzie is a handsome guy isn’t he? #Emmerdale."

Meanwhile other fans are convinced Luke Posner and Ethan Anderson are secretly dating.

Ethan opened up to pal Victoria and boyfriend Luke about his love life during last night's instalment of the hit show.

Victoria then asked to see a picture of Ethan's mysterious man, but Luke butted in and told her to stop being nosey.

The chef has been lying about his sexuality for months and next week his mum Wendy begs him to be honest with Victoria.

Is he Ethan's mystery man and will he finally open up about his feelings with Victoria?

Watch the next episode of Emmerdale tonight at 7.00pm on ITV

Amazon Prime Day 2021: When is it and what deals will be on?

Why is Channel 5's Anne Boleyn a Black woman and what is identity-conscious casting?
Recent Posts