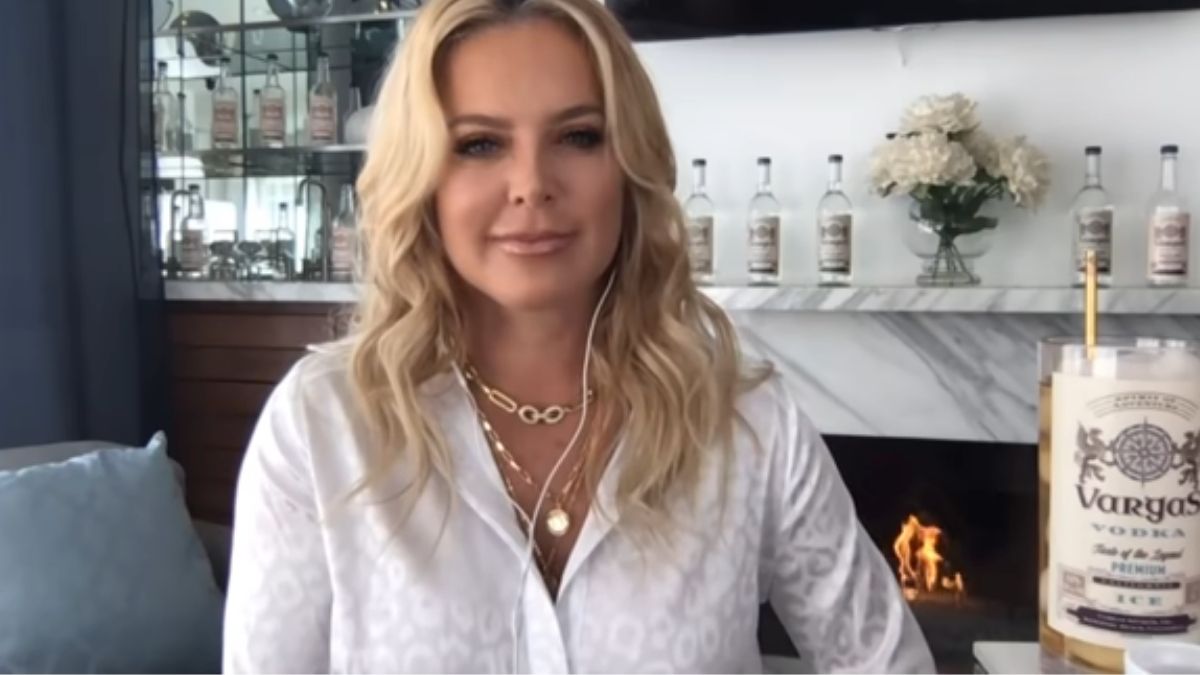 On the most recent episode of The Real Housewives of Orange County, Elizabeth Vargas dropped a bombshell when she revealed that her sister Anna was addicted to heroin. Elizabeth opened up about her sister’s issues and the impact it has had on her family.

Elizabeth revealed that Anna has been missing as she and her mother discussed Anna’s problems and their desire not to talk about it in front of Cassandra (Anna’s daughter).

Elizabeth and her mother discussed the difficulty they’ve had while trying to process Anna’s decisions and they couldn’t understand why she’d choose that life after their own father died as a result of alcoholism.

As Elizabeth talked about her sister’s struggle, fans took to Twitter to express their empathy. The revelation sparked several reactions from RHOC fans.

One fan commented, “I feel awful for Elizabeth and her niece. Watching her cry in her confessional is breaking my heart.”

Another posted, “Elizabeth opening up about her sister! Aw :(”

Even those who may not have been initial fans of Elizabeth said their hearts were going out to her as one fan wrote, “I know ppl hate Elizabeth on here but I feel like she really has empathy especially toward the Braunwyn’s situation.  I really feel for her with her sister.”

As Elizabeth opened up about her sister, she recalled watching her mother deal with her father’s alcoholism – a disease he eventually succumbed to.

She described Anna’s issues starting at the age of 14 and the toll it took on their family. Elizabeth’s mother said that her sister had many opportunities to get help but she just didn’t want it.

Elizabeth told her mother, “My friends ask me all the time, ‘You have enough money, why don’t you just help her’ and it’s so frustrating.”

Her mother responded, “There’s no amount of money that can help her…she’s there because she chooses to be.”

During a confessional interview, Elizabeth got emotional as she said she hopes one day her sister will just come back and play dress up just like when they were kids.

Elizabeth cried as she said, “I save all of my clothes in my closet for her.”

Her mother reminded Elizabeth that all they could do now is continue to support Cassandra and take care of her the best they can.

Unlike some of the other housewives so far this season, Elizabeth has been especially gracious and kind to Braunwyn Windham-Burke after she revealed she was struggling with alcoholism.

In the recent RHOC episode, Elizabeth admitted, “Braunwyn reminds me so much of my sister. That emptiness she feels and the constant need for belonging.”

Braunwyn has fought with almost all of the housewives so far this season, but Elizabeth has continued to be supportive.

Elizabeth recently made a post on her Instagram page regarding the difficult time she’s had in the last year and a half as she’s dealt with divorce, her sister being missing, and a failing business.

But now she has started to turn things around and is feeling like the best version of herself.

After a year of living healthy, working out hard, dealing with a failing business, divorce, Covid, a missing sister & not to mention an election year…I have finally given away & donated most of my larger & black clothes!!!..I still have a ways to go but I’m getting there! Most importantly I feel healthier💪💆‍♀️ Thank you to everyone who continues to help me through this journey & lifts me up to start feeling the best me again @lynvargas6 @andrewv55 @andrewbendik @kristinakwright #itsoktostartover #weightlossjourney #healthylifestyle #healthymind #proudwoman #selflove #blessed #ineverwanttofeelthatwayagain 😔🙏 #lifeiscrazy @bravotv @bravoandy 💃 @kellygray9 @grayseofficial #rhoc

Just like any newcomer to the franchise, fans have been skeptical about Elizabeth and who she really is. Her recent revelation about her sister’s heroin addiction has made an impact on fans as they look forward to the rest of her journey on RHOC.

The Real Housewives of Orange County airs Wednesdays at 9/8c on Bravo.

Dash & Lily: No, Collation Isn't a Real Pixar Movie, but We Really Want It to Be