Mick (played by Danny Dyer) is trying his best to keep up appearances on EastEnders since he and Linda (Kellie Bright) discovered their young son Ollie could have autism, causing some tension between the husband and wife in what steps to take next.

Upcoming episodes of the BBC soap will see Mick determined to get his son a private consultation after the Queen Vic owners were told an autism assessment could be months away.

The popular couple don’t have the funds to pay for the assessment and with the charity 10K looming, the landlord sees an opportunity to try and raise the cash with the support of the community.

With the pressure mounting between the husband and wife as Linda doesn’t exactly agree with the private route for their son’s assessment, could they be unaware they could be about to lose their home?

Mick and Linda have been the owners of the Queen Vic since they arrived on the Square on Christmas Day in 2013, taking over the deeds from Phil Mitchell (Steve McFadden) after he booted out the former occupants, Kat Slater (Jessie Wallace) and Alfie Moon (Shane Ritchie).

Numerous hiccups have seen the Carters almost lose their hold on the pub due to financial pressures and betrayal from the likes of Max Branning (Jake Wood) who teamed up with criminal mastermind James Willmott-Brown (William Boyde) in an attempt to destroy Walford.

However, if the money from the charity fundraising doesn’t prevail, could Mick be forced to sell up to fund the assessment process, despite his strength in fighting the adversity the pub faced in the past?

The current landlord could sell on the deeds to a wannabe newcomer, as former Great British Bake Off champion Candice Brown, 34, has revealed she wants to get her hands on the Queen Vic.

In real life, the former Dancing On Ice star does own her own pub and with previous acting experience, Candice has admitted she would like to make her mark on EastEnders. 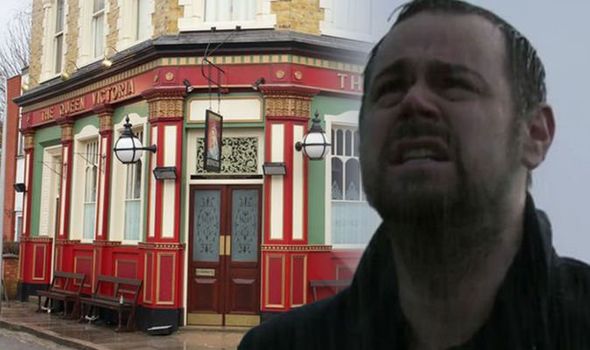 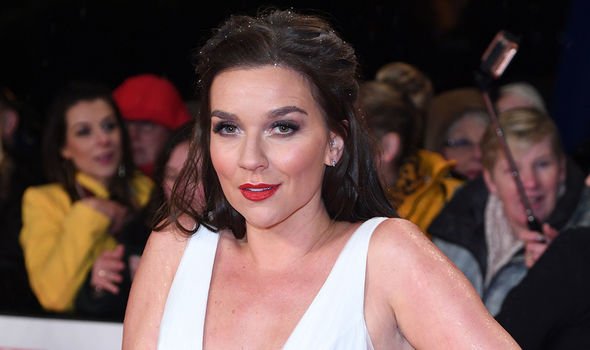 “Not only is my Cockney accent perfect but Babs [Windsor] is one of my idols,” Candice said in reference to the 81-year-old’s character Peggy Mitchell (Barbara Windsor), one of the most infamous landlady’s of the Queen Vic.

“Even better, I’m a landlady in real-life, so I’m more than qualified to shout ‘Get outta my pub!’,” the Bake Off star continued.

If Mick were to make such a decision to sell up and Candice were to arrive as a newcomer to take over, she could have a fight on her hands as Linda isn’t one to take matters lightly.

It was revealed at the end of last week’s instalment of the London based drama, Kat’s cousin Stacey Fowler (Lacey Turner) had stolen the money after she realised the leopard-print fashionista was going to use the cash to help partner Kush Kazemi (Davood Ghadami) get custody of her son, Arthur. 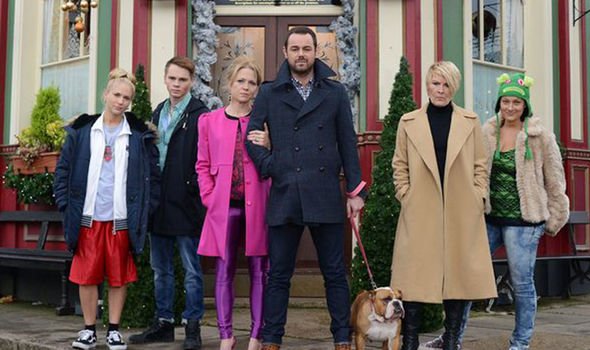 Viewers will remember the significant wad of cash Kat had been hiding under her mattress was left to her by estranged husband Alfie Moon (Shane Ritchie) after he double-crossed Walford gangster, Phil.

Although Phil had seemingly put the matter to rest since Alfie’s exit, his suspicions will be raised in scenes airing later this month as he believes the Slater clan has had a sudden windfall.

Knowing Phil can be quite hot headed, Shirley agrees to speak with the Slaters to get to the bottom of the mystery and demands the family give the money back.

As tensions reach boiling point, could Stacey take the money and run away as actress Lacey Turner, 31, is set to take a break from the soap?

If Stacey does flee with the money, will Phil discover the mother of three is the person harbouring his money and will he seek revenge?

EastEnders continues Monday at 8pm on BBC One.