EastEnders: Jean tells Stacey to speak to the police

Ruby Allen (played by Louisa Lytton) framed Stacey (Lacey Turner) for pushing her down the stairs at her nightclub, which resulted in her suffering a miscarriage. Ruby has refused to back down from her claims Stacey pushed her so Martin Fowler’s (James Bye) ex has been sent to prison for six months. Now, Jean (Gillian Wright) is struggling to deal with the latest events which saw her left looking after her grandchildren before they moved in with Martin.

New images from EastEnders show Jean in trouble with the police as she tries to sabotage Sharon Mitchell’s (Letitia Dean) business venture.

In upcoming scenes, Sharon and Mo (Laila Morse) try to take care of Jean but things don’t go to plan.

Jean and Mo are tasked with cleaning Sharon’s new gym but when they are given a stern talking to about their cleaning standards, the matriarch lashes out.

Jean takes her frustrations out on a delivery van with treadmills for the gym and as the driver gets out, Jean climbs in. 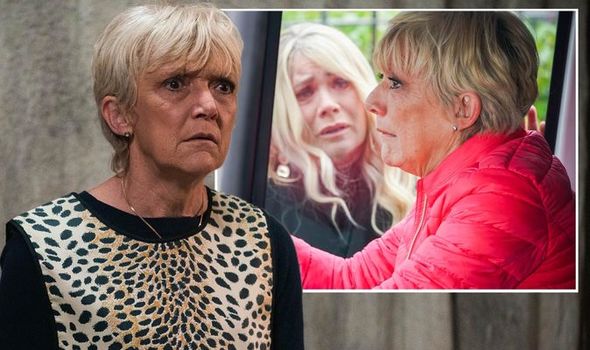 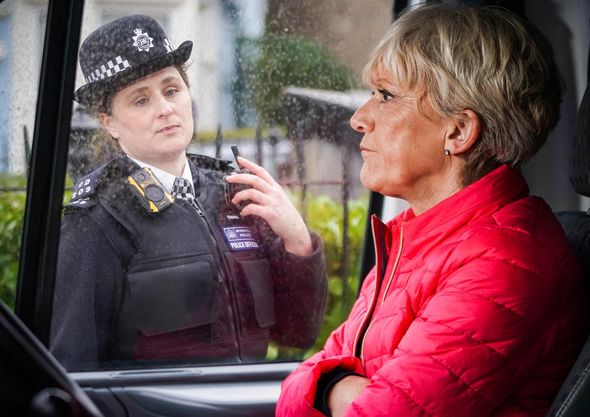 They threaten to call the police, which Jean encourages before crashing the van to Mo’s horror.

Mo does her best to talk Jean round while telling the police to back off, Sharon talks Jean down.

Meanwhile, Kheerat Panesar (Jaz Doel) waits for Sharon at The Vic after they planned to go for a drink together.

Jean explains her fears for her family and when Sharon mentions her new found brother, Jean is left with an idea. 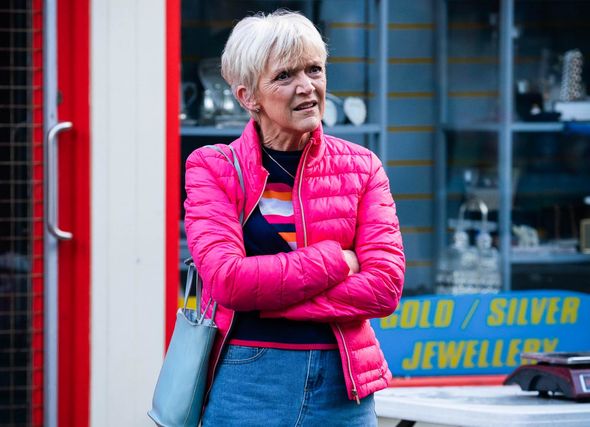 Will Sharon and Mo be able to calm Jean down or will the police be forced to act and jail Jean?

Is Jean about to join her daughter Stacey in prison or can Sharon and Mo help her out?

Jean hasn’t had the easiest time throughout the last year and fans are worried about how she is coping.

Commenting on the latest twist, one fan posted on Twitter: “Jeeeeeaaaannn! Ill have afternoon tea with you queen.”

Another added: “Awwww poor Jean. She has been through so much.”

A third continued: “Poor Jean, it’s so sad to see her unhappy,” while someone else tweeted: “Aww poor Jean.”

Elsewhere in Albert Square, Bailey Baker (Kara-Leah Fernandes) admits that she won the science competition but didn’t want the cost of attending the camp to worry anyone.

Bernie Taylor (Clair Norris) spots a girl passing out missing dog flyers and Bailey encourages her sister to introduce herself.

Bernie says hello to Molly, feeling flustered, but her heart drops when she sees that the missing dog is Banjo.

Molly offers to buy Bernie a drink but the Taylor keeps the details about Banjo’s whereabouts a secret.

Bailey has to admit to Mitch (Roger Griffiths) that she won the science competition who assures her they’ll find the money.

Bailey then spots the missing dog flyer realising Banjo is in fact Ziggy – will she give him up?

EastEnders airs Monday on BBC One at 8pm