Dr Hilary Jones has sparked fury amongst Good Morning Britain viewers for classifying the Clapham Common gathering on Saturday, which was a vigil for Sarah Everard a “super-spreader” event. Although Susanna Reid pointed out that outside transmission of COVID-19 is far less likely than gatherings inside, the doctor explained social distancing is still necessary to keep control of the virus, and people keeping a two-metre distance was not always the case as images and footage from the vigil have shown.

Dr Hilary said: “Mass protests are super-spreading events there is no way of avoiding that.

“All those people are wearing masks, mosts of them are, but masks alone don’t protect us against Covid-19, and we will see another wave.”

Ben Shephard pointed out: “Last week, Chris Whitty did say there’s no evidence to say there’s been a spike [of Covid] due to these mass gatherings.”

“Not yet, it’s too early,” Dr Hilary hit back. “ It’s going to take two or three weeks to see a spike as a result of the mass gathering. 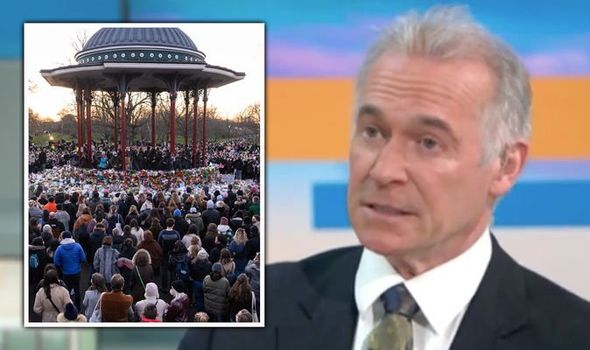 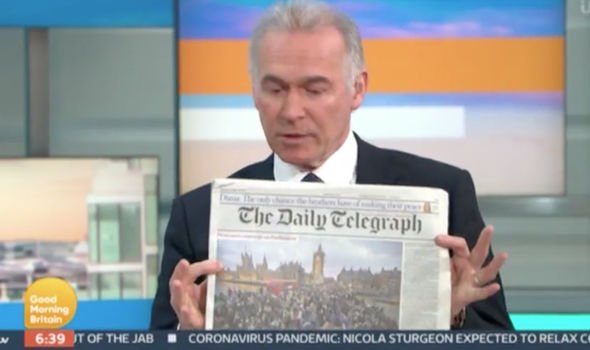 “To my way of thinking and this is a doctor talking now, if you have a mass gathering for any cause, and I know how important the Sarah Everard protest is. I know that’s really really important.

“Even though outdoor transmission is far less likely?” Susanna questioned.

“It’s less, but we said that before Cheltenham, and that was a super-spreading event,” Dr Hilary replied. 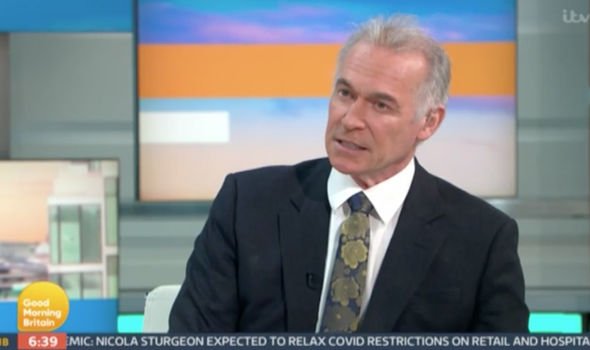 “We have to be really careful that whenever people get together whatever the cause and how strongly they feel, it is putting lives at risk down the line.

“I am all in favour of peaceful protests, with a cause as important as this, but there must be creative ways of doing this.”

Chief Medical Officer Professor Chris Whitty and Chief Scientific Advisor Patrick Vallance have both disputed Dr Hilary’s view by stating there is no evidence to suggest protests are super-spreader events.

GMB viewers slammed Dr Hilary for “scare-mongering” as one tweeted: “Hilary with his scaremongering #gmb.”

Another wrote: “Why did Dr Hilary basically say that we could see a spike following the protests this week. Patrick Valance said last week that there was no evidence that protests last year lead to any spikes?

Someone else shared: “Did Hilary say protests are super-spreader events..I don’t get it..some doctors say it is some say it is not..”

“Dr Hilary ugh go away criticising Sarah’s vigil and saying about himself ‘this is a doctor speaking now’ to Ben and Susanna, omg I do not like his arrogant attitude #drhilary #SarahEverard #GMB #goodmorningbritain,” a fourth added.

Elsewhere on today’s show, Dr Hilary responded to concerns over the safety of the AstraZeneca vaccine.

He said: “It is extraordinary because whilst those individual countries and their regulatory bodies are saying, ‘Let’s just pause and have a precautionary look at the data.’

“Other people, all the clinical trials, the European Medicines Agency, our own MHRA, the WHO, 17 million people who’ve been vaccinated in Europe and in the UK, all the data shows there’s no causal link that these blood clots are related to the vaccination.

“And when you look at what Germany and Italy have decided to do these are countries that have massive problems with Covid-19 third wave coming on.”

Good Morning Britain airs on ITV on weekdays at 6am.