Home » TV & Movies » 'Doubling Down With the Derricos' Season 3: Karen and Deon Discuss Getting Pregnant Again

'Doubling Down With the Derricos' Season 3: Karen and Deon Discuss Getting Pregnant Again

Are Karen and Deon Derrico done having kids? The stars of TLC’s Doubling Down With the Derricos recently revealed that Karen miscarried what would have been their 15th child. In the April 5 episode of their reality series, the Las Vegas couple discussed whether they would consider trying to get pregnant again.

Karen and Deon currently have 14 children, including multiple sets of multiples. Recently, the couple announced that she was expecting baby No. 15. But sadly, that pregnancy ended in a miscarriage, as shown in the March 29 episode of Doubling Down With the Derricos Season 3.

Karen visited the doctor for a sonogram appointment, where she learned her pregnancy was not viable. The news hit Karen hard.

“It’s the worst feeling in the world that I don’t wish on anybody. It’s too much,” she said in a confessional. The mom of 14 confessed to feeling guilty about being so upset about her most recent miscarriage when she already has so many other children. But Deon assured her that her feelings were normal. However, he did confess to his mom GG that he was worried for Karen’s mental health. 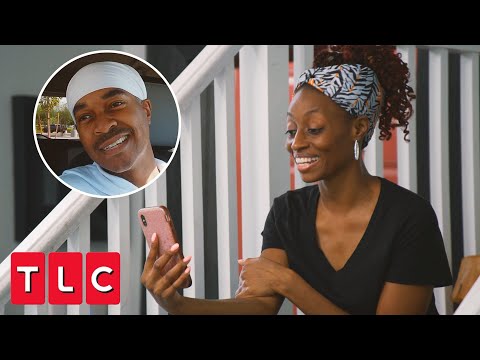 In the latest episode of Doubling Down With the Derricos, Karen revealed that she’d spoken to her doctor about her most recent miscarriage.

“What the test results came back saying was that, had the pregnancy continued, the baby would have had health issues,” she told Deon.

Karen, who is in her early 40s, explained that her doctor explained that such problems with a pregnancy weren’t unusual at her age. He also told her that if she wanted to try to have another baby, she could.

“The first thing he assured me is that I can definitely try again,” she said. “My body and everything physically is great. It’s just the quality of my eggs.”

But Karen said she wasn’t sure she was ready to get pregnant again, saying she “needed some time to think.”

“I think first I just need to mentally take a pause,” she said.

Deon says it’s up to Karen to decide if she wants to have another baby. While he said he’d be happy if they had another child, he was “satisfied with the 14 that we have. I’m OK either way.”

“I love babies, and I would love to have more,” he said in a confessional. “But the most important thing for me is Karen and her health, physically and mentally.”

Karen has had seven miscarriages. The repeated pregnancy losses have been traumatic for her, as she said in an earlier episode of Doubling Down With the Derricos Season 3.

“It’s just eating me up. I can hardly sleep at night. I’m just extremely stressed out,” she said. “I just think I really am dealing with PTSD.”

In this episode, Karen admits that she needs help. She decides to go to therapy, despite her reservations about the process. She also meets with a friend who’s had multiple miscarriages to discuss their emotions around pregnancy loss. Over lunch, Karen expresses her concerns about trying again for a baby, even as she worries that she’ll regret it later if she doesn’t.

“Do I want to take that stress and put that on my body?” she said. “I just don’t want to have any regrets.”

​​Doubling Down With the Derricos airs Tuesdays at 10 p.m. ET on TLC.

'Sonic the Hedgehog 2': Does the Movie Have an End-Credits Scene?
Recent Posts