Don’t Rock The Boat: Craig Charles refuses to continue as co-star left in tears after row

Craig, 56, best known for playing Lloyd Mullaney in Coronation Street, was one of 12 famous faces who took part in the filming of new ITV reality show, Don’t Rock The Boat. The ultimate rowing challenge tested the celebrities mental and physical abilities as they were tasked with rowing the length and breadth of Britain. However, in the third episode of the programme, the former soap star clashed with his co-star Victoria, 40, as tensions reached a fever pitch over the competitiveness of the challenge.

As the red team tried to rally around one another following a tough test of their abilities, former X Factor star Fleur East, 33, said: “There’s no point doing this if we’re miserable at the end of it.

“if people feel they haven’t been made a part of our win, there’s no point in doing it,” she continued, to which former Emmerdale star Adam Thomas, 32, replied: “Is it really about winning?”

Model Jodie Kidd, 42, defended some of her co-stars’ competitive natures as she explained: “Well some people are competitive and so people aren’t. It is, at the end of the day, a competition.”

Feeling as if she was the focal point of the discussion, Victoria chimed in and added: “I mean, I know the finger is being pointed at me being competitive and I am a very competitive person.

“I am born and bred that way. What I want to bring to the team and how I support you is giving my very best physically.” 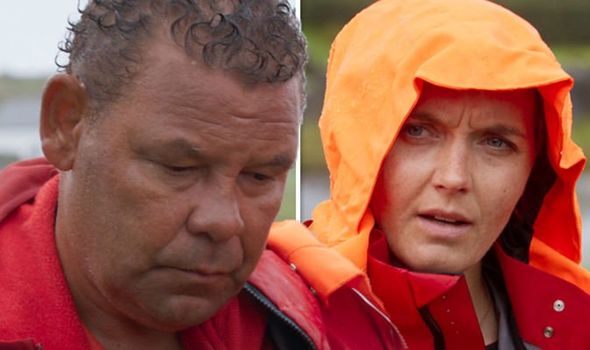 The Olympic cyclist then addressed how Craig was feeling as she said: “I feel absolutely hideous Craig feels this bad that he can’t get on and prove us all wrong, which is what I was kind of hoping would happen today.

“I’ve really tried to be there for everybody on the boat,” Victoria added before the former soap star jumped in.

“With the greatest respect, I felt really uncomfortable, really awkward, I’ve felt really unhappy and it’s generally down to you.

“Some of the energy you direct towards me as well is fairly toxic, to be honest,” he said, which led the sportswoman to storm off as she broke down in tears.

I’m not going to be rowing

Deciding he had had enough, Craig told his teammates he “wasn’t going to be rowing” and therefore said he wasn’t going to continue with the challenge.

Which shops ARE open today? From B&M to Home Bargains, here’s the full list
Recent Posts

Heather and Max Dubrow on Coming Out and Returning to Reality TV
12/04/2020
Categories
We and our partners use cookies on this site to improve our service, perform analytics, personalize advertising, measure advertising performance, and remember website preferences.Ok