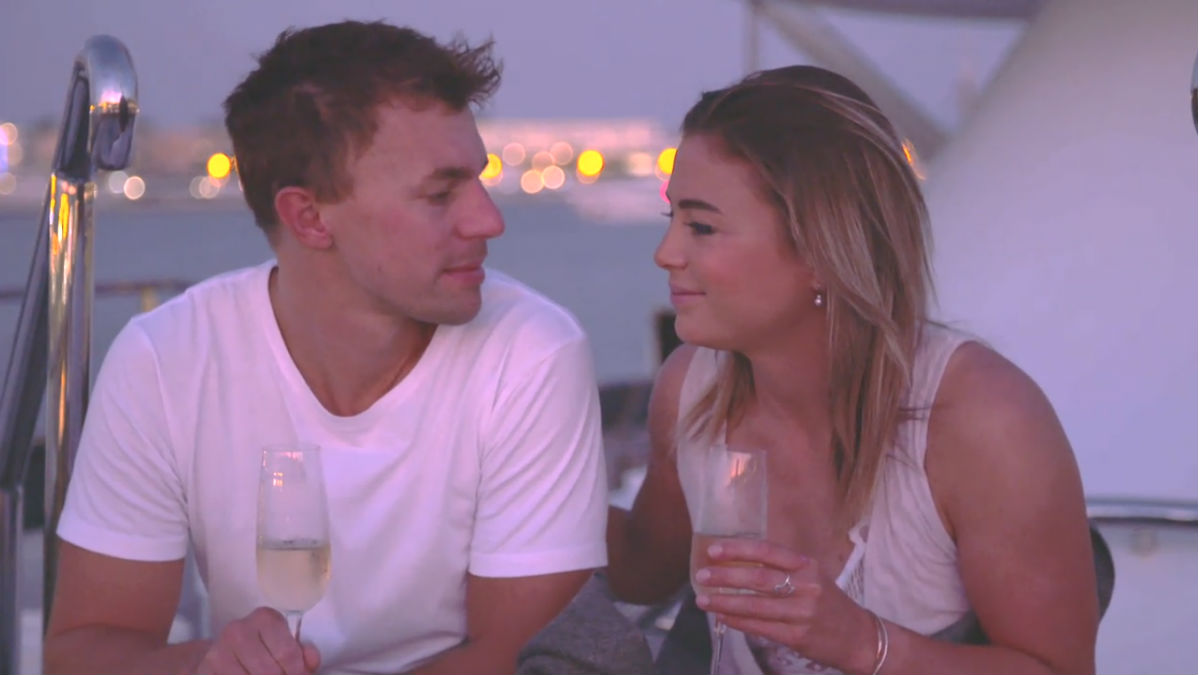 Below Deck Mediterranean star Malia White hinted that Tom Checketts cheated on her. Tom and Malia have sparked split rumors for weeks, but now she is making it clear they are over.

Despite being madly in love while filming Below Deck Med, Malia is now a single lady. The season is still airing, but viewers watched as Tom came to visit Malia at just the right moment.

Tom was there to save The Wellington crew from being without a chef, just as Kiko Loran was fired.

Fans have called the turn of events planned and plotted, especially after Tom has turned out to be not as good of a chef as Captain Sandy Yawn believed. Plus, Tom keeps melting down and freaking out over simple charter guest requests.

As the Below Deck Mediterranean Season 5 drama continues to keep fans glued to their TVs each week, rumors Tom and Malia split have been running rampant. Now, thanks to the bosun, it is pretty clear that the couple is over.

On again off again

The first sign of trouble in paradise occurred when the former couple stopped following each other on social media. In this day and age, unfollowing on social media is a sure sign a relationship is over. Plus, Malia basically wiped her Instagram feed clean of him.

Tom, on the other hand, kept all photos of Malia, even recently posting how they reunited in London. His Instagram post was either a lame attempt to squash breakup rumors or they reunited for about half a second

After weeks of speculation, Malia confirmed she is single. The bosun shared an Instagram post dedicated to single ladies working hard. It was cryptic and said nothing about Tom, but her message was crystal clear to fans.

Then, the bosun raised eyebrows with two Instagram Stories hinting that Tom cheated more than once in their relationship. One was a Beyoncé video while saying, “This is for you buddy.” The next was two photos of Beyoncé and Jay-Z that Malia captioned “The first time he cheats versus when you had enough.” 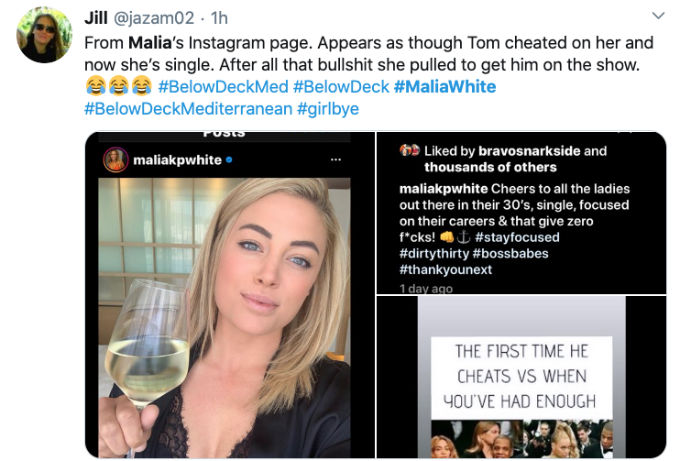 Dating in the yachting world can be a struggle, as any Below Deck fan has seen. There is a lot of time apart and Malia even mentioned that on Below Deck Med this season.

Neither Malia nor Tom are dishing about the cheating rumors or even confirming their breakup. The good news is that there is a Season 5 reunion coming up soon. Hopefully, one of them will spill the tea.

Below Deck Mediterranean airs Mondays at 9/8c on Bravo.