Dexter wouldn’t be the same without a dangerous “big bad” serial killer for Dexter Morgan to be pitted against. Dexter: New Blood introduced a frightening masked gunman who kidnaps young women and shoots them as they try to run away. The revival has already revealed the gunman’s identity, but fans think there’s more to it than that. Is this villainous serial killer in cahoots with someone else in Iron Lake? 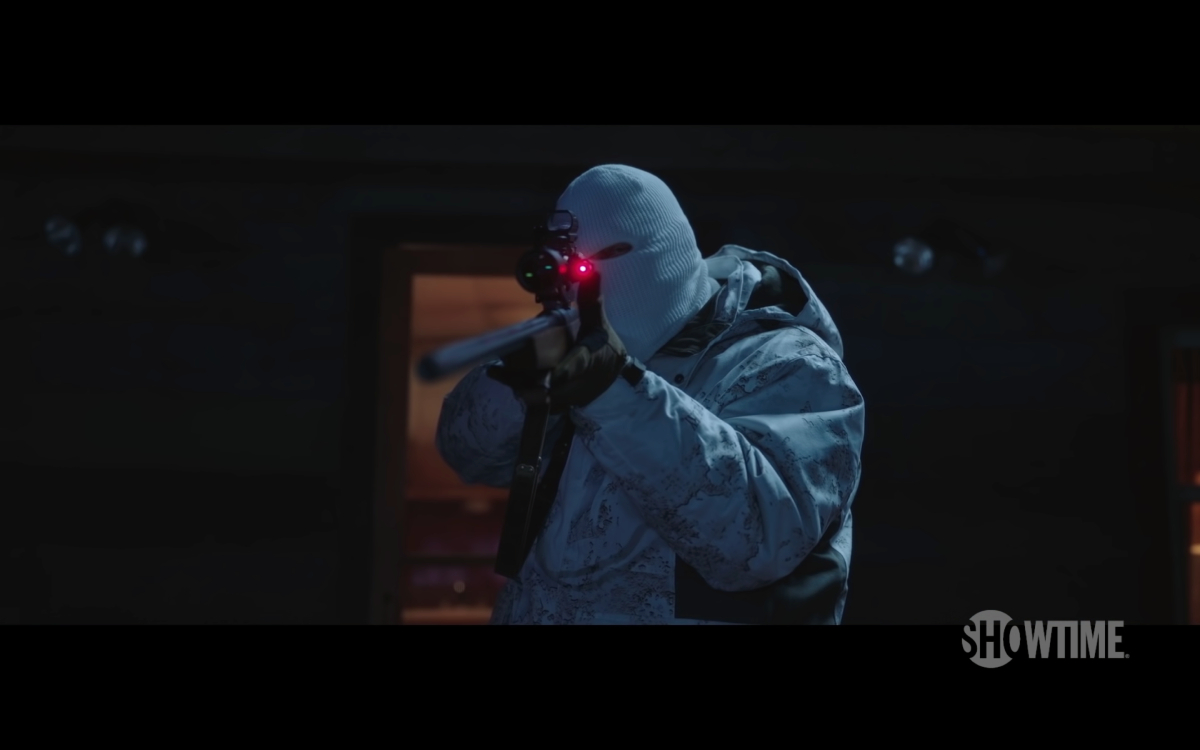 ‘Dexter: New Blood’ revealed the identity of the masked gunman

So far, Dexter: New Blood has revealed that the masked gunman is none other than Kurt Caldwell, a wealthy pillar of the community. Kurt’s M.O. is to gain the trust of transient women passing through Iron Lake by giving them money or paying for a meal. After that, he lures them back to his cabin where he traps them and observes their behavior. Finally, Kurt releases the woman. As they run away, he shoots them.

The revival has also revealed that Kurt has a few other rituals. When he has captured a victim, he shows up at the local bar in Iron Lake overjoyed, plays “Runaway” by Del Shannon on the jukebox, and dances with the bartender. It’s also notable that Kurt’s crimes are not sexually motivated. He becomes almost repulsed when Chloe takes her shirt off while he watches her on camera.

Fans think another Iron Lake citizen is in cahoots with Kurt

Dexter: New Blood is dropping intriguing hints about Kurt’s motivations and what he does with the bodies, but nothing has been confirmed yet. Some fans have also theorized that Kurt isn’t working alone.

Dexter: New Blood showed a scene where an unseen figure drains the bodies of blood and appears to be preserving them. Keeping the faces of his victims intact seems pretty important to Kurt. He gets noticeably upset when he shoots Chloe in the eye, remarking that it was a “waste.”

Although it’s obvious that Kurt is kidnapping and killing these women, some fans think that he is handing the bodies off to someone else. Early in the series, Dexter: New Blood introduced oil tycoon Edward Olsen. This character hasn’t made an appearance in a while, and it’s possible he has some part to play in Kurt’s crimes.

“I think Kurt gives him the bodies, which the guy makes trophies from, namely mounted heads if not entire stuffed bodies,” a fan suggested on Reddit. “That’s why he was super upset that he shot her [Chloe] in the head.”

Could the Iron Lake Police Department be covering for Kurt in ‘Dexter: New Blood’?

Other fans think the conspiracy runs even deeper. Several fans have suggested that members of Iron Lake’s police department could be covering for Kurt. “I feel like Logan is working with Kurt, he’s very protective of Kurt & Matt,” a fan wrote on Reddit. “Also still doesn’t add up how Kurt knew to tell the fake Matt to check out of the hotel without an inside man in the force.”

Logan has definitely been quick to defend the Caldwell family, even telling Dexter about how Kurt was there for him during a difficult time. Still, other fans think rookie police officer Teddy is in cahoots with Kurt. It’s definitely possible that Kurt isn’t working alone.