Ahead of the Easter weekend, This Morning hosts Alison Hammond and Dermot O’Leary were hoping to surprise one viewer with a jackpot prize in Dosh on Your Doorstep. They enlisted the help of Josie, who was at a secret location to surprise the viewer but the pair were left speechless when they saw what she was wearing. Josie jumped out from behind a tree waring a sexy rabbit outfit but it wasn’t the costume Alison and Dermot were expecting.

“Well Alison I’ve had to wear my ice cream sunglasses to cool the situation down because it’s about to get hot in here,” Josie exclaimed hopping out from behind the tree.

She could be seen dressed in a racy black and white bunny costume with Dermot covering his face while Alison gasped in shock.

“You wanted bunny, I give you bunny. Yeah baby! Josie is in town,” she continued as she danced around in the outfit. 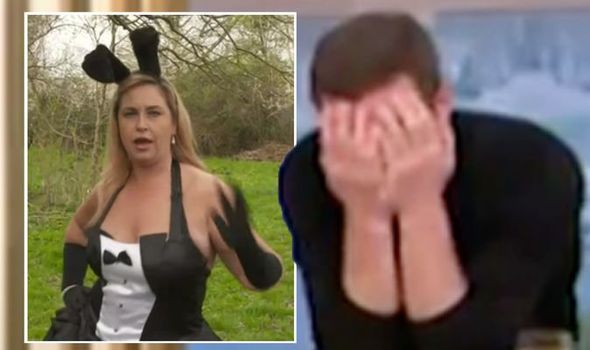 “Josie, when I said the Cadbury’s caramel bunny, that is not what I meant,” Dermot added as Josie looked puzzled.

“What are you doing?” she demanded to know as Josie quickly put her hands over her dress to cover up.

“Right okay, sorry about that, totally got it twisted,” she explained. 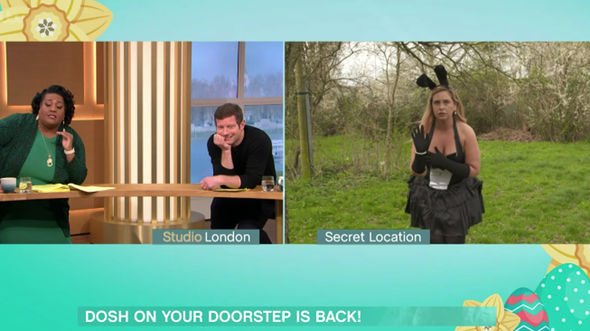 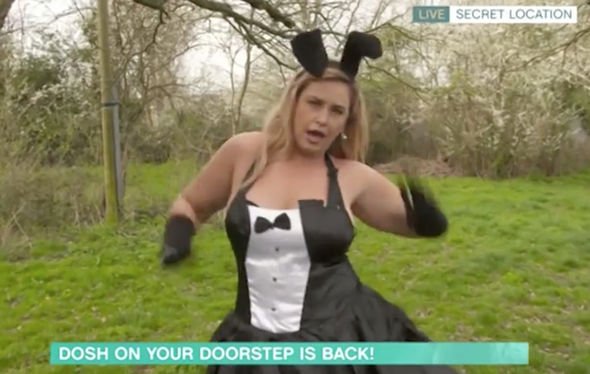 “Oh no! How embarrassing!” Josie added as she began to head back behind the tree.

Alison reassured her: “You do look hot! But babes, can you go and get dressed in a proper more appropriate outfit!”

Those watching at home were quick to comment on Josie’s look with one writing on Twitter: “Josie dressed as a playboy bunny #ThisMorning.”

Another added: “Waiting for the complainers to complain about Josie’s outfit #thismorning.”

A third posted: “A randy rabbit, like Josie. She looked good though #ThisMorning.”

“The snowflakes are going to have a field day over Josie dressed as a playboy bunny #ThisMorning” someone else wrote on Twitter.

Another giggled: “Josie Gibson & Alison Hammond are an iconic duo I never knew I needed #ThisMorning.”

Josie was told to go and change into a more family-friendly outfit before surprising one viewers on their doorstep.

The hilarious moment came after Josie and Alison thrilled viewers on Wednesday’s instalment as they tried punting on the River Cam.

They were given control of their own punts but it didn’t go down to well as Alison exclaimed “I’m shaking” when she stepped onto her boats.

The pair continued to struggle as they couldn’t get their boats moving in the right direction with Alison moving hers in circles.

This Morning airs weekdays on ITV at 10am.

Ben Fogle, Helen Skelton and the Yorkshire Shepherdess team up for 5 on the Farm Festival
Recent Posts