DEMI Rose Mawby made a multicoloured mark on her Ibiza getaway sporting a stunning colourful bikini for her latest beach shoot.

The curvy brunette opted for a quirky long-sleeved swim top which clung to her figure, paired with matching thonged knickers which gave a cheeky flash of her derriere. 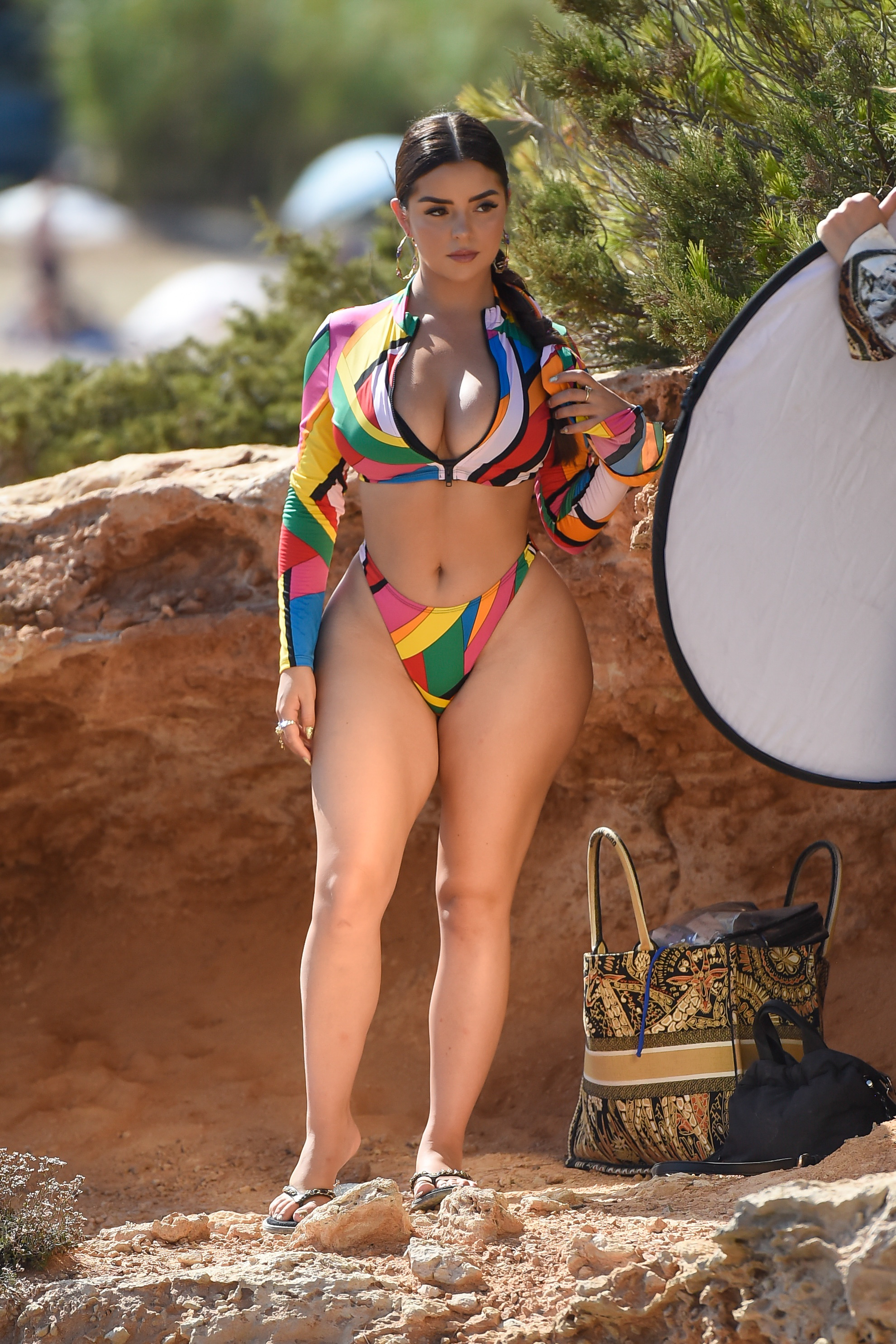 Despite the searing heat, the Brummie model effortlessly worked the camera, striking a cute side-on pose as she perched against a wall.

She then used her hand as a shield to keep the sun off her face as she went for a more contemplative look.

Demi, 25, made sure to tie her lengthy locks into a long ponytail braid, falling over her left shoulder, to keep it out of the heat.

In one image she was seen tugging at the end of the plait as she stared straight into the camera lens. 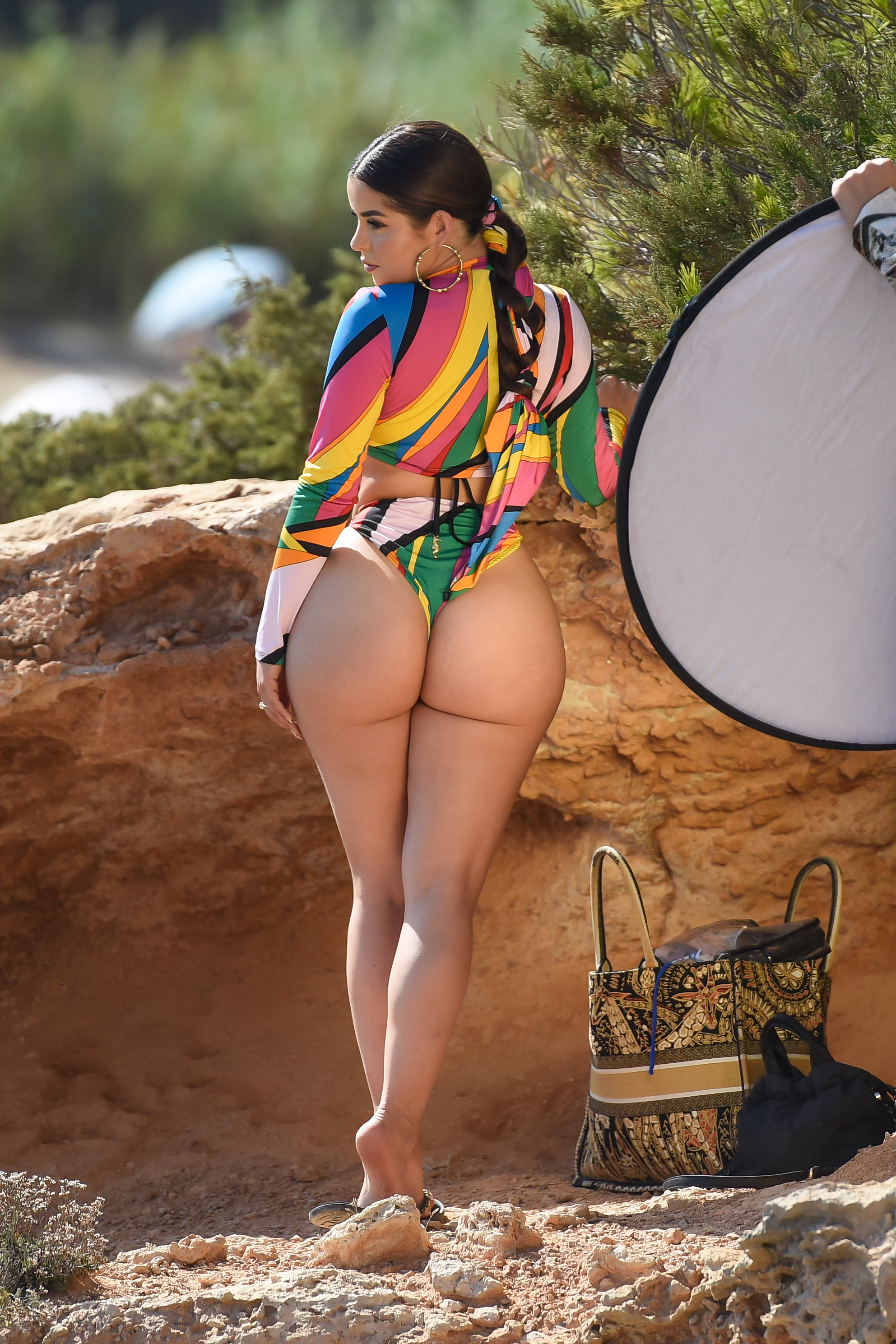 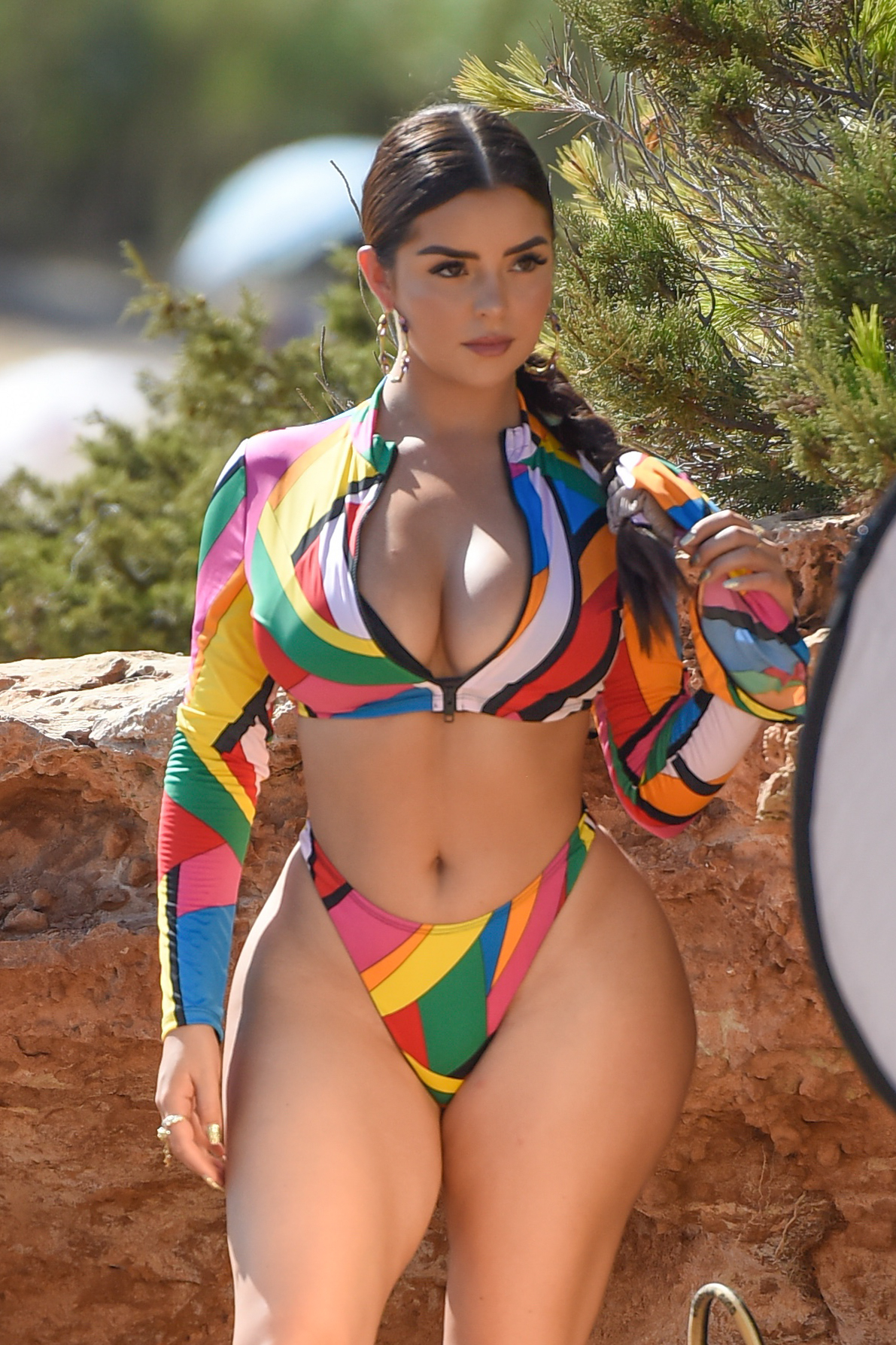 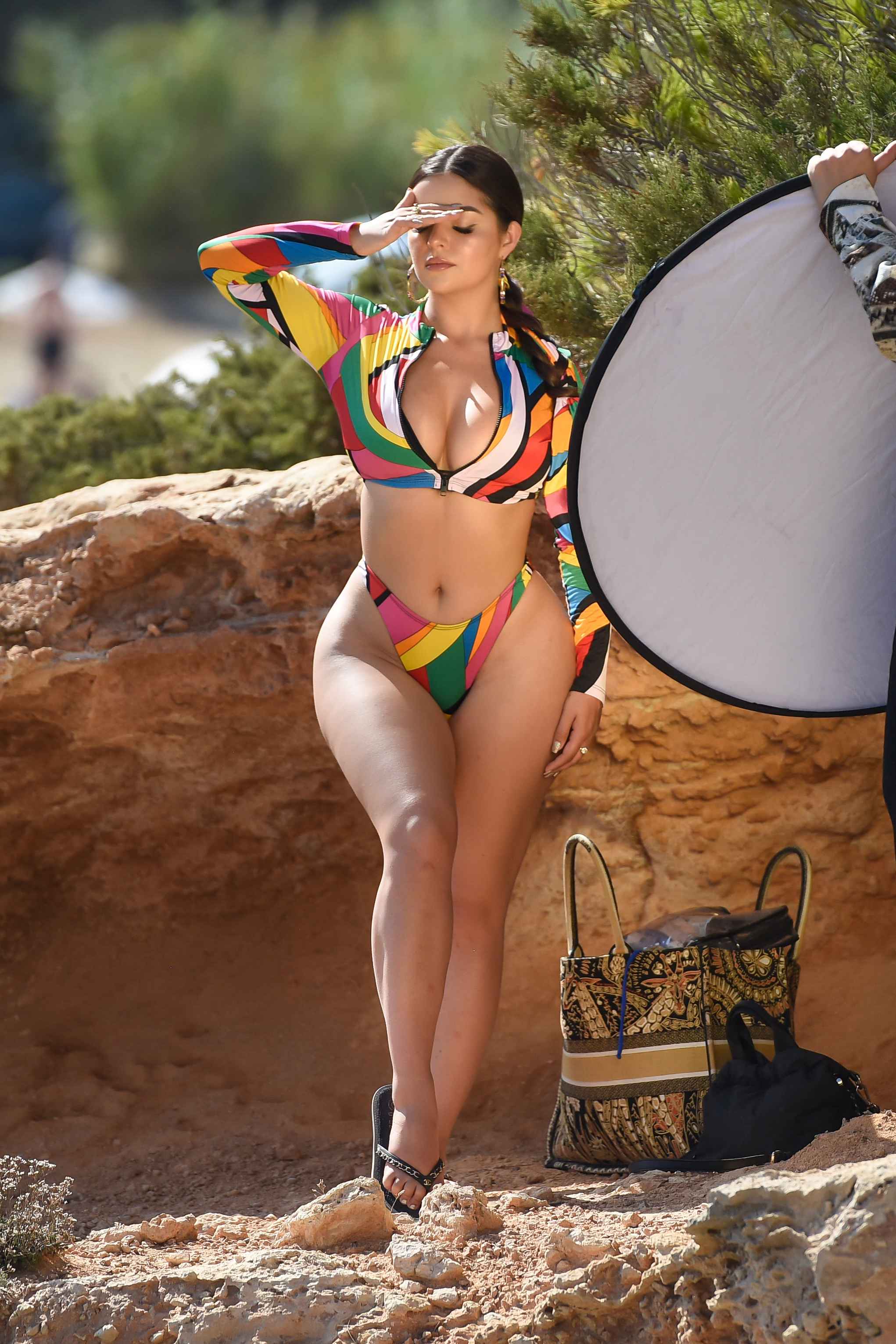 The influencer accessorised with a simple pair of flip flops and a beach bag, and was seen tapping on her phone between shoots.

During her holiday to the sun-soaked White Isle, she has been seen sporting an array of revealing beach attire including a string thonged bikini.

Earlier this summer she showed her sassy side and gave critics the finger – in emoji form – after trolls claimed she had put on weight during lockdown.

She captioned her Instagram Story: "When people assume you've gained weight during quarantine cause you wear an oversized shirt. No, I'm just pale." 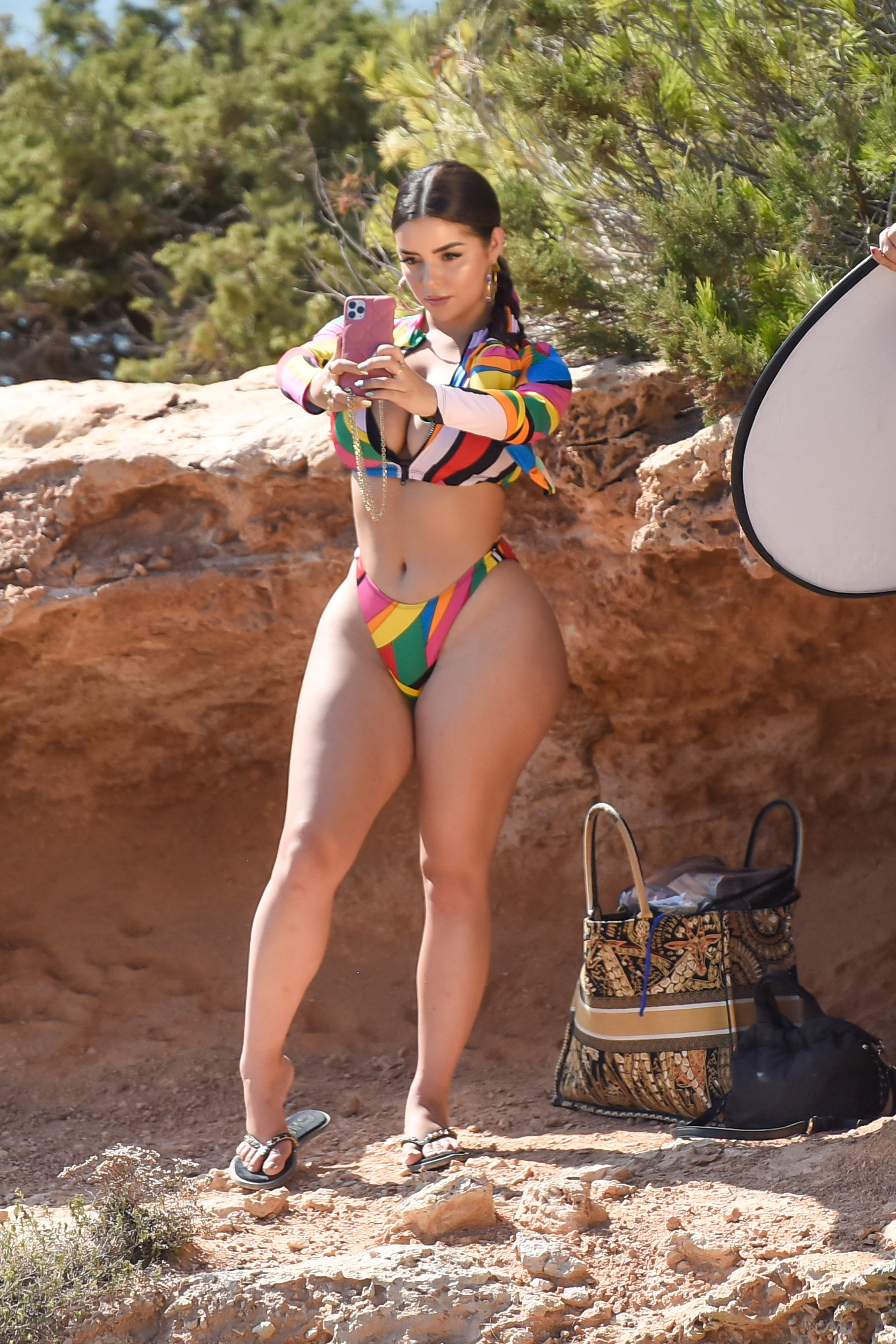 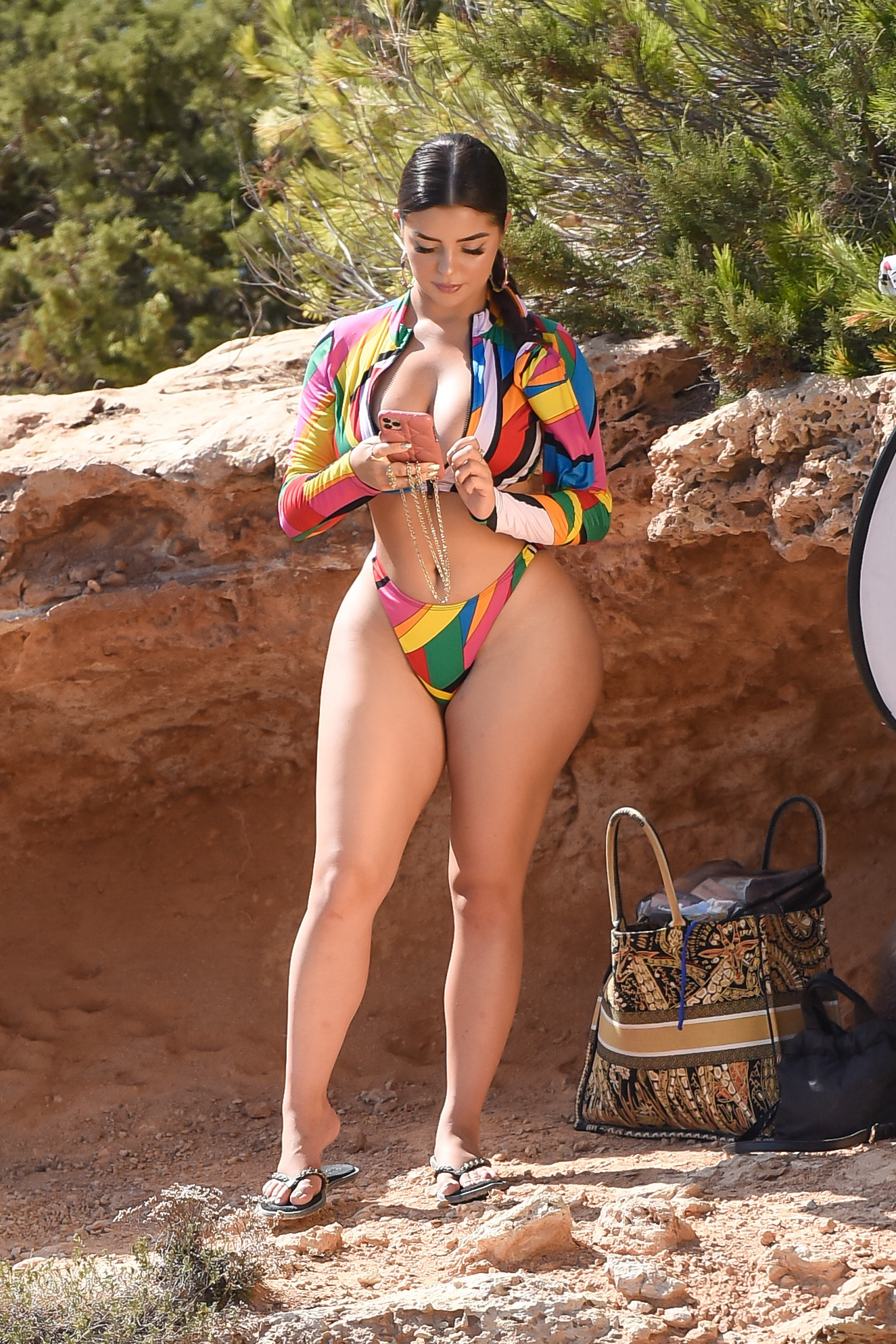 The glamour model added: "Don't come for me."

Demi recently posted an impassioned rant about being "over" bodyshamers.

Meanwhile, Demi opened up on her usually private personal life as she candidly admitted she was both abused as a child and bullied in a highly emotional video.