Death in Paradise season 10: Neville Parker ‘framed’ as figures from past ‘murder’ Ruby

Neville Parker (played by Ralf Little) joined the Saint Marie police force in the latest edition of Death in Paradise. However, will the lead detective find himself on the wrong side of the law when colleague Ruby Patterson (Shyko Amos) is murdered by an assailant that a witness wrongly identifies as Neville?

Death in Paradise has seen numerous guest appearances over the years from stars including Rowena King, Mark Heap and Hele Baxendale.

In a recent post on Facebook, Jason Manford announced he was jetting off to Guadeloupe with Kelvin Fletcher to star in the series.

The comedy posted a picture of himself and Kelvin sitting together on an Air France post.

Jason was bombarded with negative comments about his class of travel and the way he was wearing his face mask.

Read more: Death in Paradise: Who will Jason Manford and Kelvin Fletcher play? 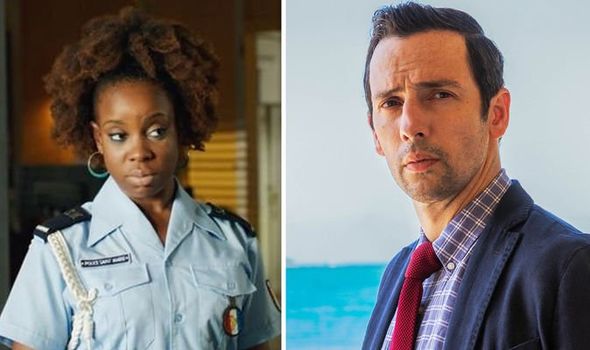 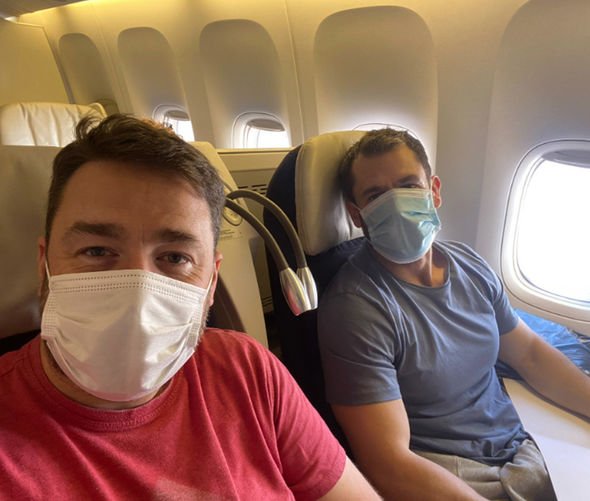 In a lengthy post, the comedian addressed fans’ concerns and revealed he was filming for the BBC drama.

He wrote: “Well, what was supposed to be a silly fun post ended up with so many petty messages I’ll list a see them here.

“Firstly, when working for the BBC they never pay for first-class travel or luxury hotels etc.

“They pay for the economy of course (as it’s too far to walk!) and then it’s up to the person involved if they want to upgrade etc. 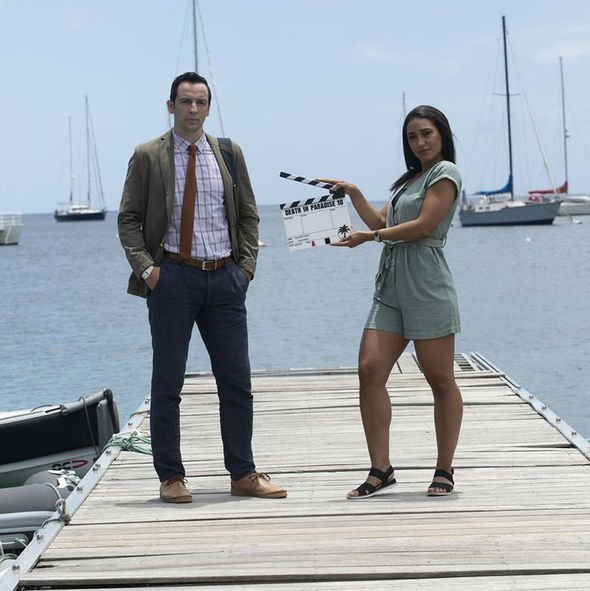 “Secondly, please stop calling people out on ‘wearing mask wrong’ it is soooo boring! There’s so many different masks out there it’s impossible to say which are right in wrong simply from a photo.”

He continued: “Now imagine having to read it 400 times! Welcome to my life, Oh and it’s Kelvin fletcher and we’re off to Guadeloupe to film Death in Paradise.”

Jason shared several pictures from the picturesque filming destination including one of his sunbathing.

The caption read: “Mad busy day today. Been told by the makeup department my character should be tanned so just sorting that out.

“Then got a jet ski lesson this afternoon. Absolute nightmare of a day!”

The comedian failed to give any clues about his and Kelvin’s characters but they could be linked to Ruby’s departure.

Actors Ralf, Jason and Kelvin all grew up in different parts of Greater Manchester.

Meanwhile, Neville arrived on the island after a case from his native Manchester led him to Saint Marie.

Could the two mysterious newcomers be linked to Neville’s past as a detective back in the UK?

If Ruby was tragically killed on the island, a witness could overhear the assailants.

Could they incorrectly identify Neville as the voice they heard in connection with Ruby’s death?

Death in Paradise is available on the BBC iPlayer now.

Madonna Will Write and Direct Her Upcoming Biopic
Recent Posts

The truth about Teyana Taylor and Kanye West
10/28/2020
Categories
We and our partners use cookies on this site to improve our service, perform analytics, personalize advertising, measure advertising performance, and remember website preferences.Ok