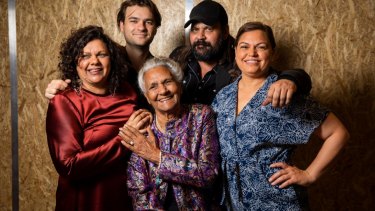 How fitting that NAIDOC Week should come to a close with this wonderful documentary from, and about, a family of exceptional indigenous storytellers. The “She” of the title is Freda Glynn, the metaphorical godmother of indigenous filmmaking and the actual mother of Warwick Thornton, and Erica Glynn, who made this film. There’s a chunk about Freda’s work in film, television and radio but this is much more: her personal history, and through it an important story of 20th century Australia. 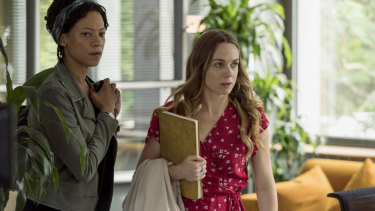 Women on the Verge.

One woman realises it’s perfectly normal to hate your partner. Another realises – just in the nick of time – that a puppy is cheaper and more convenient than a second child. The third wonders whether having an affair with a married man who is also her boss is really such a good idea. With a script by Sharon Horgan (Catastrophe) from the novel by Lorna Martin this is a not always successful blend of Horgan’s take-no-prisoners satire and Martin’s Bridget Jones-lite – but it’s still a lot of fun. 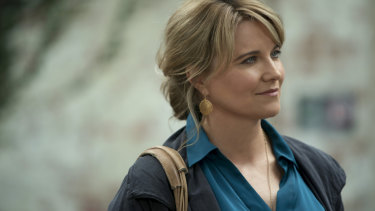 My Life Is Murder.

The ads play like this is a gritty procedural but in fact it has much more in common with Miss Fisher or Doctor Blake – in a good way. It’s contemporary (set in a stunning-looking Melbourne), but the crimes are bloodless and the mood determinedly buoyant despite the body count. Lucy Lawless is fabulous as the not-so-retired detective, her sleuthing is dazzling, and there’s a long list of top Australian actors lining up to join the party. 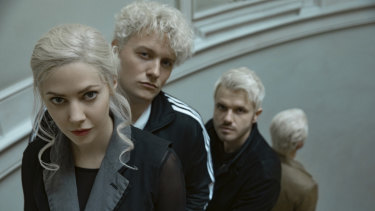 Borrowing widely (everything from Blindspot to Legion) this spy thriller based on the novel by Aussie Daniel O’Malley throws a lot into its first episode. So much so that you may find yourself at its end wondering what the heck just happened. But if you hang in there a great cast (including Adrian Lester and Joely Richardson) and a twisty plot that blends the magical and the psychological gradually suck you in. It’s television for people who enjoy being tested.

Pat Stacey: Golden age of streaming is over – as market splinters we'll be paying more for less choice
Recent Posts