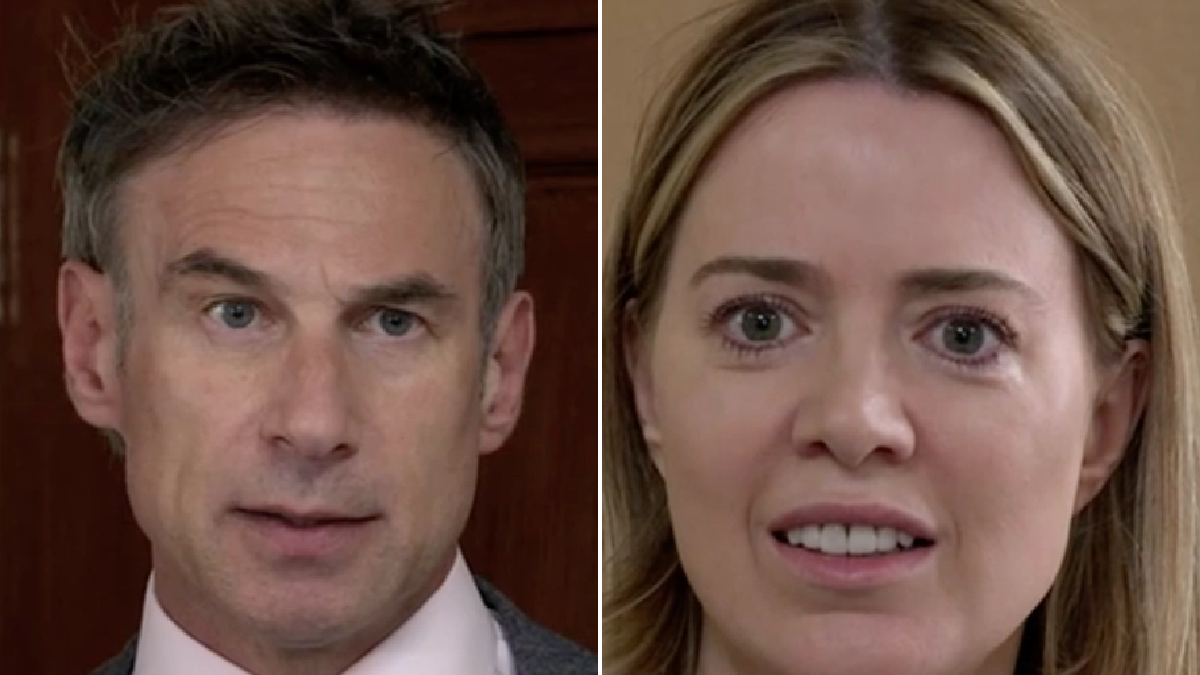 Corey, as viewers know, is on trial for the murder of Seb Franklin (Harry Visinoni), who tragically died in a hate-crime attack back in May.

Nina Lucas (Mollie Gallagher), who was also injured in the attack, took to the stand earlier this week to confirm that it was Corey she saw kicking her boyfriend, not Kelly Neelan (Millie Gibson), who is also on trial.

Corey’s pal Eli was cross-examined during tonight’s double-bill of the ITV soap, and claimed that Corey did not attack Seb – before pointing the finger at Kelly!

Kelly was horrified by the young man’s claims, and got to her feet, telling the court that Eli’s words cannot be trusted.

The judge was none too pleased, nor was Imran Habeeb (Charlie De Melo), who desperately tried to get Kelly to be quiet. But it was clear that she wanted to say her piece.

Kelly made quite the claim, arguing that Corey’s dad had paid Eli off in order to ensure his son’s freedom.

‘Has daddy paid him to lie for you?’ she said to Corey. ‘How much did it cost?’

Kelly was subsequently escorted out of the courtroom on the judge’s orders, but Abi, who was sitting in the gallery, was evidently perturbed by Kelly’s comments, and wondered if there was any truth to them.

The grieving mum later cornered Stefan outside the courtroom, demanding to know if Kelly was on to something.

‘Kelly had you pegged,’ she said. ‘I saw your face when she kicked off.’

Stefan rebuked such claims, accusing Abi of slander, but admitted that he was spending his money on the best legal teams because he ‘can afford it’.

Abi, however, vowed to find out all she can about the lengths he’s gone to.

She commenced her investigation as soon as she got home, researching Stefan’s company online, and the people he’s friends with on social media.

She found an online profile belonging to the mystery man who sat behind her in the gallery at court and, after doing a bit more digging, she discovered that he was none other than Eli’s father.

Certain she was on to something, Abi continued to investigate, before finding exactly what she was looking for!

‘It could be [a coincidence], but it sounds made up to me! And guess what job he did before that? Delivery driver!

‘From minimum wage one week to desk job and company car the next, that’s not climbing a ladder, that’s a flaming rocket ship!

‘It means he’s on the take, and Corey’s dad is doing the handouts.

Kevin, appalled, instructed Abi to take her findings to the police. Abi remarked that she intends to so, making it clear that she’s ‘bringing this bloke’ down.