Roy (played by David Neilson) has been lumbered with guilt over causing a boat fire on Coronation Street, the death of his mother Sylvia Goodwin (Stephanie Cole), discovering she was having an affair during his youth as well as trying to help Carla Connor (Alison King) in the aftermath of the Underworld factory roof collapse, all in the space of a few months.

Carla had suffered a period of severe paranoia in light of the roof collapse, which claimed the life of Rana Habeeb (Bhavna Limbachia), and was living with Roy at the time, causing a flood in his fault above the cafe as she believed her loved ones were working in a conspiracy against her.

Although the flood seemed to have not caused too much damage in the initial aftermath, tonight’s scenes on the ITV soap saw Roy forced to close the cafe as the power went down.

The Weatherfield favourite followed up his decision by contacting an electrician, who went on to explain although the flood did some damage, the whole wiring system needed to be redone.

That fella knows a gullible fool

Roy had no choice in letting the electrician carry out the work as he informed the soap stalwart he would have to report him to the authorities as the cafe was a public place.

Dedicated to his business and not wanting to let the Weatherfield community down, Roy told the electrician he would cover the costs, whatever they would be, to get his cafe up and running again.

As the electrician got to work, Roy popped to the Rovers Return to calm his nerves, only for Evelyn (Maureen Lipman) to stir the pot, telling the cafe owner he may not get the result he wanted from the restoration work.

“That fella knows a gullible fool with long pockets when he sees one,” the battle axed remarked, later going on to goad Roy over his possible mistake.

“Still got two working kidneys though have you?” Evelyn asked, adding: “You won’t be able to drink in here when you get that bill.”

It seemed Evelyn’s attempts at scaring Roy witless were fruitless as Peter Barlow (Chris Gascoyne) came to tell the cafe owner the electrician had completed the works and the electricity was back in working order. 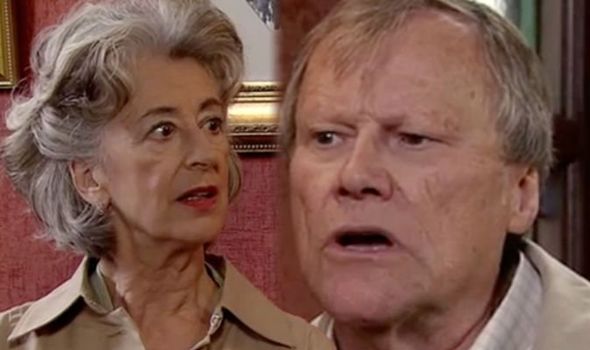 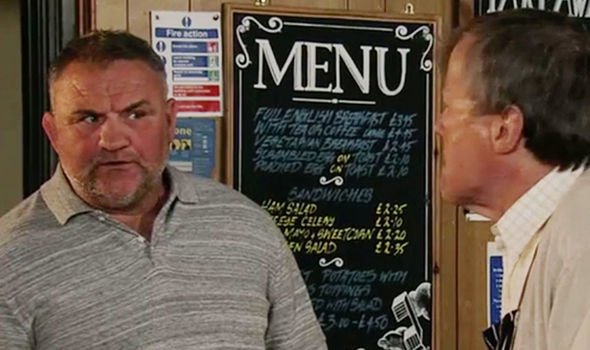 However, Roy will be hit with another blow next week when the electrics go down once again, leading Edison Bailey (Trevor Michael Georges) to step in and help.

The newcomer breaks the bad news Roy will have to vacate the premises for the work to be done, resulting in the cafe owner moving in with Tyrone Dobbs (Alan Halsall) and grandmother Evelyn temporarily.

Could this be the end of Roy’s Rolls if the work is too great to be repaired and what will become of the cafe owner if his business is shut down for good?

Roy’s Rolls has been a pivotal piece of the Weatherfield community since the soap stalwart arrived on the cobbles in 1995, later going on to share the business with his late wife, Hayley Cropper (Julie Hesmondhalgh).

Condemning the cafe would have a huge impact on the entire neighbourhood, let alone Roy himself, so will Edison be able to save the day? 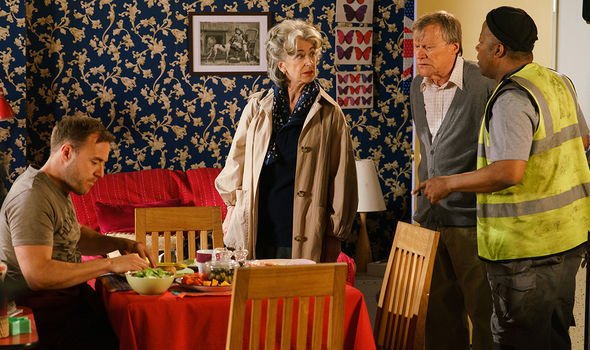 Elsewhere on the cobbles, Nick Tilsley (Ben Price) discovered his fate during tonight’s hour long episode, as he finally confessed to being the fraudster who scammed his grandmother, Audrey Roberts (Sue Nicholls).

Nick had originally planned to pin the blame on brother David Platt (Jack P Shepherd) but had a change of heart and walked away from the court a free man regardless.

David, however, was told he would be behind bars for four months as he had broken his suspended sentence, having funded his barber business with Audrey’s money despite knowing the cash was hers.

Speaking of the repercussions for Nick and whether his family will be able to move on, actor Ben Price, 47, said: “They have to come round, they always do and there are a lot of mitigating circumstances as to why he took that money although taking it off your grandma is not ideal, not by a long way, but he doesn’t believe he is evil.