Gary (played by Mikey North) was revealed as the Underworld factory saboteur in harrowing scenes on Coronation Street earlier this year, having tampered with the roof for his own financial gain but killing fan favourite Rana Habeeb (Bhavna Limbachia) in the process.

Since then, Gary has gone on to kill loan shark Rick Neelan (Greg Wood) after the ruthless criminal turned his world upside down, leading to the breakdown of his relationship to Sarah Platt (Tina O’Brien).

Although the killer has managed to keep his death toll a secret so far, next week will see a huge turning point in the super villain’s reign of terror on the cobbles as he decides to own up to his murderous ways.

The drama on the ITV soap unravels when Rick’s young daughter Kelly Neelan (Millie Gibson) turns up in Weatherfield searching for her father, having previously bumped into Gary at the loan shark’s office.

With his lies and deception getting greater by the minute, Gary decides to tell Kelly the truth, revealing her father was a gangster and is on the run from the police, leaving the teenager reeling.

Gary won’t be out the woods for too long as former beau Sarah becomes suspicious of his recent escapades when factory boss Carla Connor (Alison King) tells her employee her phone wasn’t among those she returned to their owners following her harrowing episode of paranoia.

As a result of the factory roof collapse, the effects took their toll on Carla’s mental health and led the Underworld boos to believe she was speaking with gravely departed residents of Weatherfield before being admitted to hospital.

Carla recalls a dream she thought she experienced in her paranoid state to Sarah, telling her employee she believed Gary had visited her in hospital and rummaged through her handbag, which viewers know is exactly what happened.

Sarah reels at the prospect her former lover could be behind the roof collapse and after some serious contemplation, she decides to report Gary to the police, leaving the anti-hero more than panicked about his crimes rising to the surface.

After some tough questioning, Gary is released pending further investigation but his return to the cobbles isn’t plain sailing as the residents of Weatherfield turn against him although he does his best to convince them he is innocent. 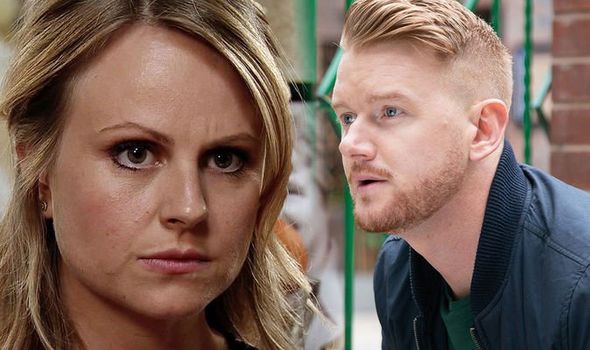 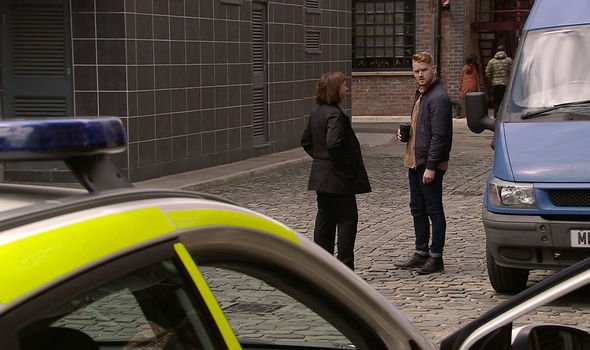 This is not planned as Gary’s exit

Feeling he’s out of his depth big time, Gary decides to pay a visit to Rana’s brother Imran Habeeb (Charlie De Melo) and with his world crumbling around him, the super villain confesses to playing a part in the solicitor’s sister’s death.

With the truth finally exposed, does this mean Gary will be leaving the ITV soap as the next step would be for him to pay for his crime?

“Obviously producers come and go, but Iain has specified this is not planned as Gary’s exit and they want to keep him as a long-term villain, more of an anti-hero than in the Pat Phelan mould.”

Teasing Gary’s future, the actor revealed: “There are storylines coming up in the year and beyond that test him further and put him in situations where he must decide whether to kill again.” 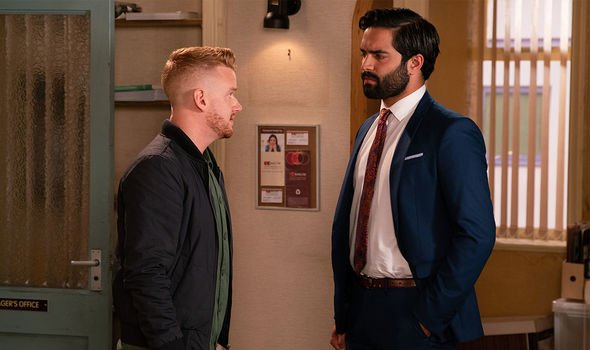 Could Gary’s next victim indeed be much closer to home as he sets about getting revenge on Sarah for snitching on him to the police, with the villain only seeing red as his anger boils over?

Elsewhere on the cobbles, one beloved resident made their shock exit last night as Gail Platt (Helen Worth) up’t and left her family as they continue to tear each other apart.

With the brothers at war, will Gail make a rash u-turn and turn up to witness her sons getting justice for stealing £80,000 from Audrey Roberts (Sue Nicholls)?

Or could Gail be working with neighbour Sally Metcalfe (Sally Dynevor) to bring home her daughter Rosie Webster (Helen Flanagan) who is working in Asia?

Somerset House Summer Series: Doves and The Internet among acts performing over 11 nights