Compartment No. 6 Trailer: Two Strangers Head to the Arctic by Train in Finnish Oscar Contender

After his debut feature “The Happiest Day in the Life of Olli Mäki” won the top Un Certain Regard prize at Cannes in 2016, Finnish filmmaker Juho Kuosmanen found similar success when he returned to the festival this year with his sophomore effort “Compartment No. 6.” The film, which follows the journey of two strangers brought together in a tiny sleeper car during their train ride to the Arctic, shared the Cannes Grand Prix, was selected as Finland’s Oscar entry, and this week was shortlisted for Best International Feature. Below, watch the first trailer for the movie, exclusively on IndieWire.

“Compartment No. 6.” stars Seidi Haarla as a young Finnish woman who escapes an enigmatic love affair in Moscow by boarding a train to the Arctic port of Murmansk. She’s forced to share the ride in a tiny sleeping car with a larger-than-life Russian miner (Yuriy Borisov). The pair find their unexpected encounter leads them to face major truths about human connection.

Kuosmanen wrote the script with Andris Feldmanis and Livia Ulman; it was inspired by the novel of the same name by Finnish writer Rosa Liksom. The book won Finland’s top literary award, the Finlandia Prize, in 2011.

IndieWire’s Eric Kohn called the film a fresh spin on a familiar odd-couple formula, with Haarla and Borisov as “two lost souls finding catharsis in companionship.”

“A sweet tale of cross-cultural bonding with a hard-edged spirit, ‘Compartment No. 6’ finds its central characters bickering their way across the chilly Russian countryside as they realize that the journey is the real destination. That’s a fairly obvious point, of course, but Kuosmanen’s actors deliver such endearing performances that it’s always fun to watch them sort through the nature of the trip,” he wrote.

“Compartment No. 6” premiered at Cannes in July, where it shared the festival’s number-two prize with Asghar Farhadi’s “A Hero,” Iran’s Oscar entry that was also shortlisted this week.

It continued its festival run in Toronto and has since earned Indie Spirit, British Independent Film Award, and Golden Globe nominations for best international film, and European Film Award nods for European Film, Actor, and Actress.

Kuosmanen in an interview with Deadline said after reading the novel, he was compelled to adapt it for the big screen.

“I felt in this book that there were lots of cinematic qualities like the train where most of the story takes place and the fact that it happens in Russia, where there are lots of cinematic locations to be found,” he said. “That was one of my dreams — to make a film in Russia. I felt that this book would be leading me to a film where I can actually make my dream come true and make a film in a train in Russia.”

Besides his two features, the Helsinki-based Kuosmanen also makes silent short films with live music and foleys, and is the co-founder and artistic director of the Kokkola Cinema Festival, a small festival in the director’s hometown.

SPC will release “Compartment No. 6” on January 26 in New York and Los Angeles. 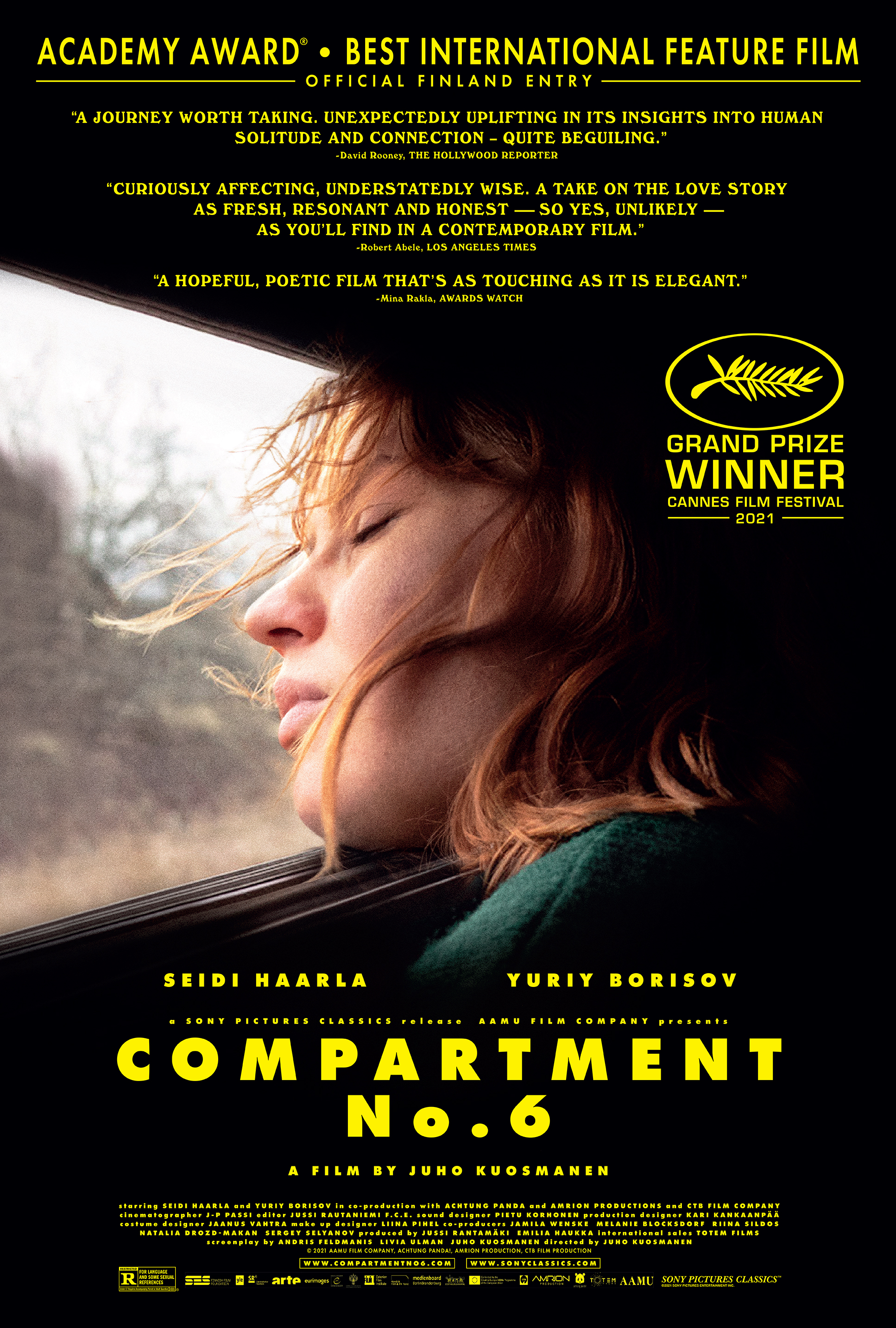